The gender chronicles: misogyny in comics

Across Chainsaw, on the corner of King Street, there’s a little shop called Carry-On Comics. Seemingly inconsequential on the outside, but step in and you’re thrust into a world of superheroes, romance, treachery and some of the most magnificent artwork churned out once a month.

The walls are lined with comics of any and every kind. There’s Archie, Lenore, even childhood comics like Avatar: The Last Airbender. Of course, there’s also the big guns, Batman, Superman, Captain America, Wonder Woman—the superheroes that have been dominating the silver screen and what comics are indisputably famous for. 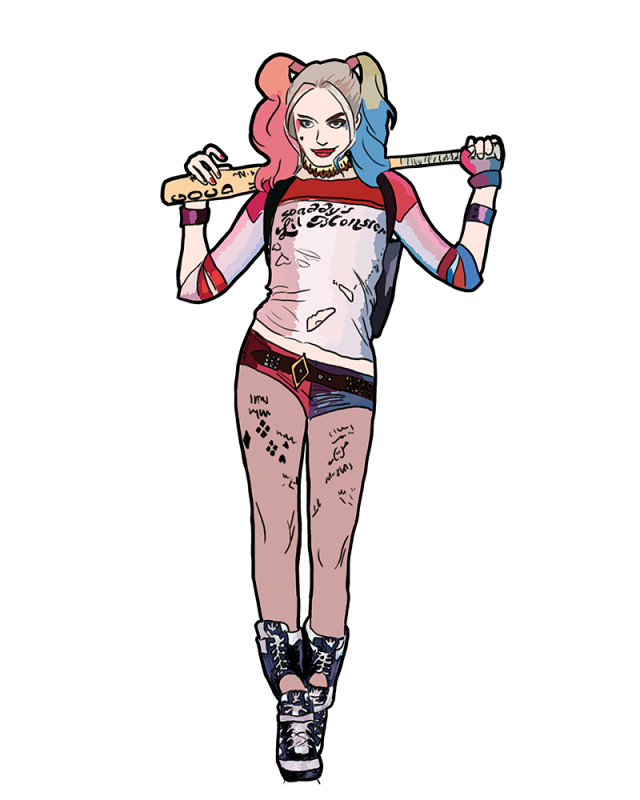 Behind the counter, you might meet Sherri Moyer who co-manages the shop alongside owner, Andy Brast. To the right, just behind the counter, there’s a wall of comics which always capture my interest. The Superhero comics.

Go through them, you’ll see what I always see. Batman kicking ass and taking names, Red Hood dangling off the side of a building with his allies pulling him up. The Birds of Prey, all in their tight outfits in the middle of fighting. Spider-Gwen, dangling upside down, her breasts still perfectly in place. Harley Quinn, wearing more makeup than clothes. Black Widow with a knowing smirk, tantalizing her viewers in her skin-tight outfit as she leans back on a couch with her legs spread.

No one would dare to question Black Widow’s capability—she’s a trained assassin who’s highly skilled in almost everything. She’s drawn to be attractive, alluring and deadly; everything deserving of the title Black Widow.

“She has a tight costume, but her character isn’t built around that,” Moyer stated when asked what she thought of the display.

“They go over the top with characters like Harley Quinn or Power Girl. They’re trying to sell them, based on [their appearance]. But Black Widow is an intelligent character and she kicks butt.”

It’s true, she’s portrayed as a woman not to be messed with.

Lorraine Vander Hoef, a women and gender studies professor at Wilfrid Laurier University, called this a, “mask of empowerment.” Black Widow seems like an empowered, progressive character, especially compared to the portrayals of her in the past. But then, she’s put on display for the benefit of the male gaze and reminded exactly where her place is.

Sure, male superheroes may also be in skin-tight costumes that show more muscle than is ever humanly possible, but it can be said with certainty, that majority of people don’t buy a comic because Aquaman was looking particularly debonair.

But for females? The artwork doesn’t reveal anything about Black Widow’s struggle for redemption, nor does Harley 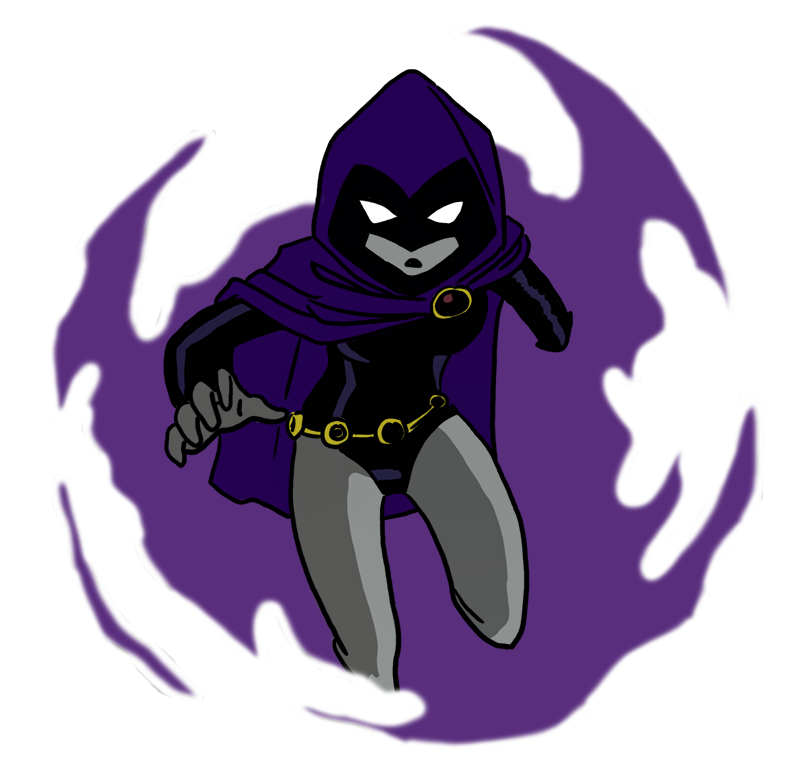 Quinn’s cover have a hint of anything beyond her body. The women are displayed this way because that’s the only way Marvel and DC believe a female-centered comic would sell.

“I’m not that into a lot of the superhero stuff. I like the offbeat stuff where women tend to be stronger. Like I read the Image books, the funnier stuff and they’ve got good female leads,” Moyer said.

Even Moyer said if a man doesn’t know her he will discount her knowledge of comics because she’s a woman.

Marvel and DC Comics are industries that operate under the premise of a male gaze, where men are the first audience and women come secondary. So while we have people like Scott Lobdell, a DC writer who sexually harassed writer, MariNaomi, we have to remember that sexism in this culture isn’t a problem stemming from one person. It’s deeply ingrained in the roots of comic culture; planted from a time when Wonder Woman was merely a secretary for the Justice Society of America (the original name of the Justice League of America).

The market, heavily controlled by and controlling this culture, responds to the backdrop of patriarchy in the most profitable way.

You can’t discuss sexism in the industry without discussing Young Justice. It aired from 2011 to 2013 and featured some of the more well-known sidekicks to the big-name DC superheroes.

It centered around Robin, Kid Flash, Superboy, Miss Martian, Aqualad and Artemis. As the series grew, its character base expanded and soon more female superheroes were being featured. It got to the point where the show had a stronger female audience than male, which wasn’t the target audience Cartoon Network was going for and infamously became the reason the show was cancelled. 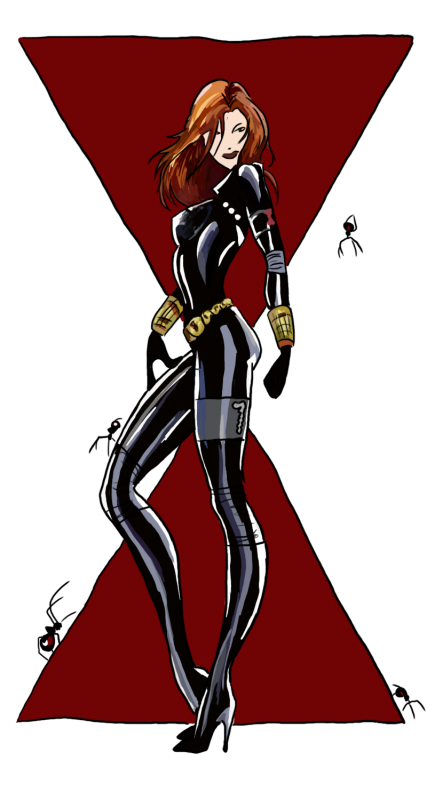 Now, the main DC show on the Cartoon Network is Teen Titans Go, a show targeted to boys younger than ten. The troubling part of the show is Starfire, a character portrayed with great power in every other platform, who is dumbed down substantially and the only other female character, Raven acts as the sole rational character who keeps the three rambunctious boys in line. I

These shows set up a sexist system at a very young age and these young boys are going to grow up to turn into men that believe women (even if this isn’t an active thought) should have no substantial footing within comics. This is a show focused entirely on the experience of Robin, Cyborg and Beast Boy. Raven and Starfire are simply put in as a token.

“The market recognizes that we’re living in an age where female inclusion is a necessity for the media we consume. We see that as progress but we aren’t looking too closely at how these women are being represented. We see the representation and assume that the progress and empowerment are there, but at the end of it, women are still put in their place by the end. They’ve been depowered. They remain secondary,” Vander Hoef explained.

Take The Killing Joke, for example. It is a horrid story. Fascinating? Certainly. Famous? Of course. But undeniably horrific and exactly what fans of Batman crave.

Barbra Gordon’s role in the comic is minimal, as she’s merely there to be depowered and to invoke action from Batman and Jim Gordon. Now take the movie and the infamous extra half hour of Barbra Gordon centered content.

Does it actually empower Barbra? Of course not, there is no validation or excuse. Barbra, in terms of The Killing Joke (both comic and movie) does not exist outside the male gaze.

Back at Carry-On Comics, it’s what Moyer first recommends to those looking to get into Batman comics. And why wouldn’t she? It’s a top-seller across the board. It’s exactly what the audience wants.

If you’re waiting for a point, here it is: sexism is so deeply ingrained into our society that for no reason other than it is what sells, we continuously see women depowered. Not only in the things we consume, but they are harassed and mocked in their fields of work to the point where it becomes extremely difficult for women to get ahead in such an industry like Marvel or DC Comics.

Where do women fit into this culture? They exist under the male gaze, as a secondary audience. But, as we progress forward in time, we see a better chance for progressive comics, where women aren’t devalued to being a house plant, being made by Marvel and DC.