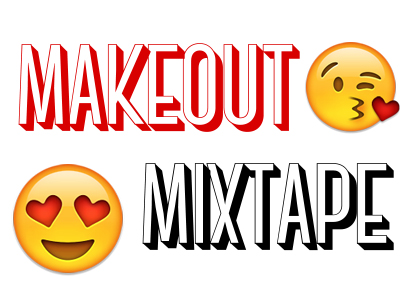 If being listed as an “Interlube” isn’t enough of a hint at the intentions of Anderson .Paak’s “Water Fall,” the not-exactly-subtle metaphors in the refrain should arouse suspicions. The smooth, funky guitars are content to meander in the background, while the seductive vocals take over and make you feel an urge to grab the nearest man, woman or inanimate object and gaze deeply into their soul.

Running for just under two minutes, the length of the song could be considered a minor drawback, but if we’re being honest, sometimes two minutes is all you need.

A good love song has the slow progression you need to maintain the mood — but a great song is multi-faceted with interweaving melodies guiding you to speed up and slow down. Rihanna does not hold back in “Kiss It Better,” delivering a performance of raw emotion, which pours out of your speakers and into your body. It pushes you head first into a world of uninhibited vulnerability, making for the purest of experiences.

Under the Sheets – Homeshake

Are you tired of the same old songs about catching grenades for people? ‘Every breath you take, every move you make, I’ll be watching you’ — how about a melodramatic Sting boasting about voyeuristic practices? Well what I’m about to propose isn’t much different. Homeshake is on a mission to seduce you with their slow jam “Under the Sheets.” With a pulsating trance as the core hook of the song, it’ll be tough to get discretionary between all the head-nodding. Peter Sagar sure loves intimacy, especially as he coos “[your] baby loving [you] under the sheets.” The gist? I’m not sure, but it sounds dangerous. As such, this would be the only circumstance in which having Sting watching you sleep might actually save your life.

This track may rub fans the wrong way as it is a digression from Zayn’s previous style, but after a few listens this single will get anyone in the mood for a good time. The song has major R&B influences with downtempo, electronic production, coupled with the soft yet dominating voice of Zayn. If this style isn’t your thing musically, give it a listen while watching the music video to see if you can set the mood and create the perfect atmosphere for this season of love.

Untitled (How Does It Feel) – D’Angelo

The king of smooth, sultry R&B made a recent comeback. Although he’s traded his abs for a dad bod, he hasn’t forgotten how to make your body move. Whether it’s a well-timed guitar trill or a seductive falsetto run, D’Angelo knows. Looking at his back catalogue, the one song that is likely to end up on both your parents and your own playlist is “Untitled (How Does It Feel).” Outfitted with every imaginable D’Angelo “sex-ism,” “Untitled” teleports you to a world where it rains cocoa butter and it perpetually smells of brown sugar.

This song isn’t suitable for that random you take home from Phil’s. Reserve it for that steamy make out or hookup that actually means something. “White Blank Page” starts off slow, essentially mimicking foreplay. Marcus Mumford’s voice is soft and tender, like the essential oils that you’ll rub on your sweetheart’s naked back.

Slowly, the song rises, turning into an anthem of passion and romance. Keeping your clothes on throughout the entirety is a game every couple should play. I for one, never thought a banjo could be so arousing. “White Blank Page” is a musical representation of sex, making it the perfect track to have playing in the background while getting down and dirty.

Dance On Me – Goldlink

Let’s Get It on – Marvin Gaye