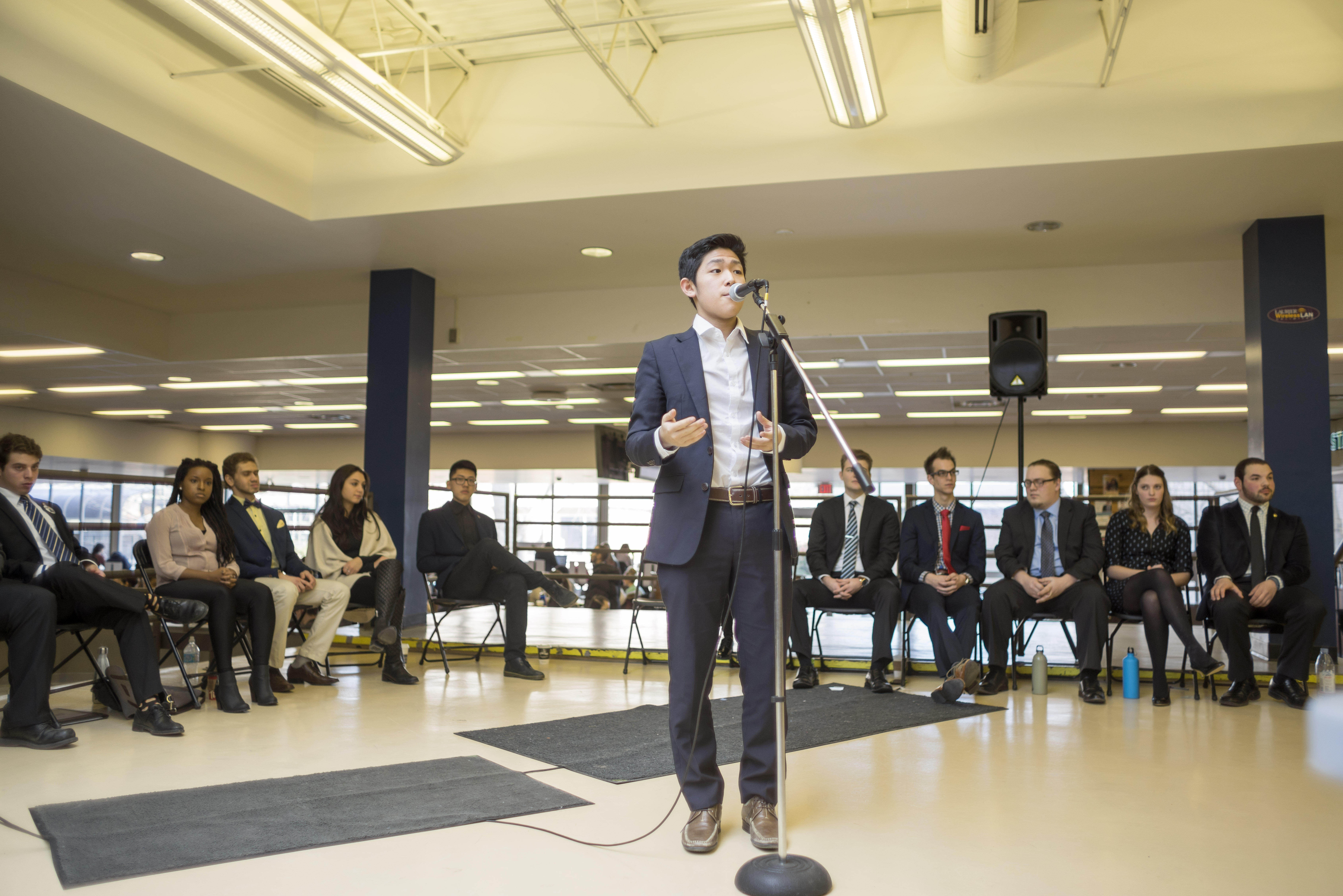 The Waterloo open forum for the Wilfrid Laurier University Students’ Union, which took place in the Concourse from 10:45 a.m. to 4 p.m., gave students, faculty and staff their last opportunity to freely ask candidates questions on their platform and role in this year’s election period.

Starting the open forum were the board of governor candidates, including Jake Driver, Mynt Marsellus and Anthony Zambito. Missing were Tarique Plummer and Dana Toameh.

Olivia Matthews, current president and chief executive officer, asked the candidates about the Students’ Union’s debt and how they feel about the finances, given the board approves the $9.8 million budget.

Candidates seeking the role of the chair of the board of directors and chief governance officer include current directors Jonathan Ricci and Nick DeSumma. Marsellus has also expressed interest in running for chair if they are elected.

To finish off the day, the two presidential candidates — Tyler Murdock and Tyler Van Herzele — answered audience questions on their platforms, their experience as students and how they will get more students engaged in the Students’ Union.

A small number of people, the majority being campaign team members, stayed for the presidential open forum.

“Honestly I expected a little bit more,” said Van Herzele. “I expected a lot of people to really come out and really give a strong opinion or something directed really hard at one of us, but you know we did get that.”

“Being here all day, it was good, but it was a little disappointing for presidential side of it,” Murdock said. “I know it’s a little late for students, but there was a really good group when it came to the board of directors.”

While the turnout staggered until 4 p.m., Van Herzele was pleased to see students question both Murdock and himself before polls open on February 3 and 4.

“I got a lot of directed questions and I haven’t had that opportunity yet so I was really looking forward to talk about some of those points in my platform that people might not see the benefit or they might not see how it could work.”

While he described the presidential open forum as “kind of rowdy,” Murdock said the Concourse was a positive atmosphere to comfortably answer questions.

“I like public speaking, I like talking, but these are nerve-wracking so it’s nice to have an atmosphere where you can just relax and answer freely as if you would anywhere else.”

Murdock also noted the lack of student engagement in the elections and described it as a campus-wide problem across Canada. He urged students, especially those who will be graduating, to exercise their rights to vote.

“Even if you’re leaving you’re still voting on behalf of the students that don’t have the ability to exercise their votes yet, be the voice for them make that informed choice out of what you think students want when they come into their first year,” he said.

Students will be able to vote on February 3 at 8 a.m., both in person and online, until February 4 at 8 p.m. Results will be announced at Wilf’s on Thursday night.

What you need to know for upcoming Waterloo municipal elections