Best ways to make money on the web

To put a little extra in your pocket, there are a handful of websites that offer payouts for completing tasks, from the menial to the highly skilled.

It’s February, and you’re already broke. At this point in the year, it’s possible you’ve exhausted any savings you planned to last you until your summer job and you’re left digging into the couch cushions to even afford a morning coffee. It feels too late in the term to get a part-time job, but you still need some cash to enjoy the leisureliness of life. To put a little extra in your pocket, there are a handful of websites that offer payouts for completing tasks, from the menial to the highly skilled. 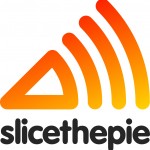 Slice the Pie invites users to write short, constructive music reviews in exchange for a small payout. Reviews can cover anything from the production, instrumentation, lyrics and commercial appeal.

Unfortunately, the payout isn’t great. The service operates on a five-star system. As a reviewer, you begin with zero stars and build up your rating as you continuously review. The higher the star rating, the higher the payout. When you first start, expect to make anywhere from $0.05 to $0.07 per review. Reviews normally take anywhere from two to three minutes to write, which translates to roughly $1 to $2 per hour. Some have reported being paid up to $0.20 for a review, but even if you managed to write the best and most efficient reviews, you would still only receive $8 per hour, which is highly unlikely.

Slice the Pie is great if you’re passionate about music and writing, but don’t hold out for the big bucks. This service is better suited for a leisurely activity that has at least some form of payout.

Here’s a guide to writing solid Slice the Pie reviews. 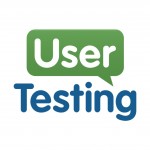 UserTesting is a crowd-sourced reviewing platform, but users review websites and smartphone applications rather than music. Signing up does require a screening process as the organization wants to ensure members can effectively communicate their opinions.

Reviews are done in real-time rather than written. You will have to download a software that tracks your screen so that website owners can review and analyze how users directly interact with their website. Payout is relatively strong, with $3 jobs lasting no longer than 10 minutes. The one caveat with UserTesting is tasks are scarce and some require additional screening, which leads most users to be ineligible for some reviews. But if you leave UserTesting open on your browser, you will hear a notification alert whenever a new job is available. 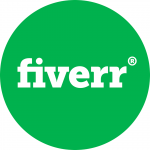 Fiverr is best suited if you have a marketable and unique skill. The website operates as a platform for people around the world to sell their skilled work for only $5 a pop, with the option to sell add-ons to your service for a higher payout. Fiverr is bursting with writers, designers and web developers, which is why it’s recommended you deliver a highly unique, but in-demand service to stay competitive.

While many of the services on Fiverr are aimed towards assisting businesses and students, there is also a market for the obscure and funny. In the “Funny & Bizarre” section of the website, you will find Donald Trump impersonators and hilarious birthday greetings. An idea with just the right amount of crazy could make you a killing on Fiverr. 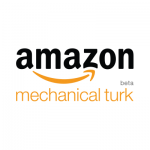 Many of the jobs on Amazon Mechanical Turk also call for a specific skill. “Requesters” post jobs for users to complete. This service offers the highest potential payout for a single task, but some can take several hours to complete. Most of the higher paying tasks entail transcribing and writing. While menial tasks such as surveys are available, these normally offer a substantially lower payout. The challenge for many new users is gaining the qualifications and reputation necessary to be accepted for a job, but there are numerous resources available online to get you up and running on the service. If listening, writing and typing are your strong suits, Mechanical Turk can provide a payout comparable to a part-time job without the rigid scheduling.