Social media is the new diary 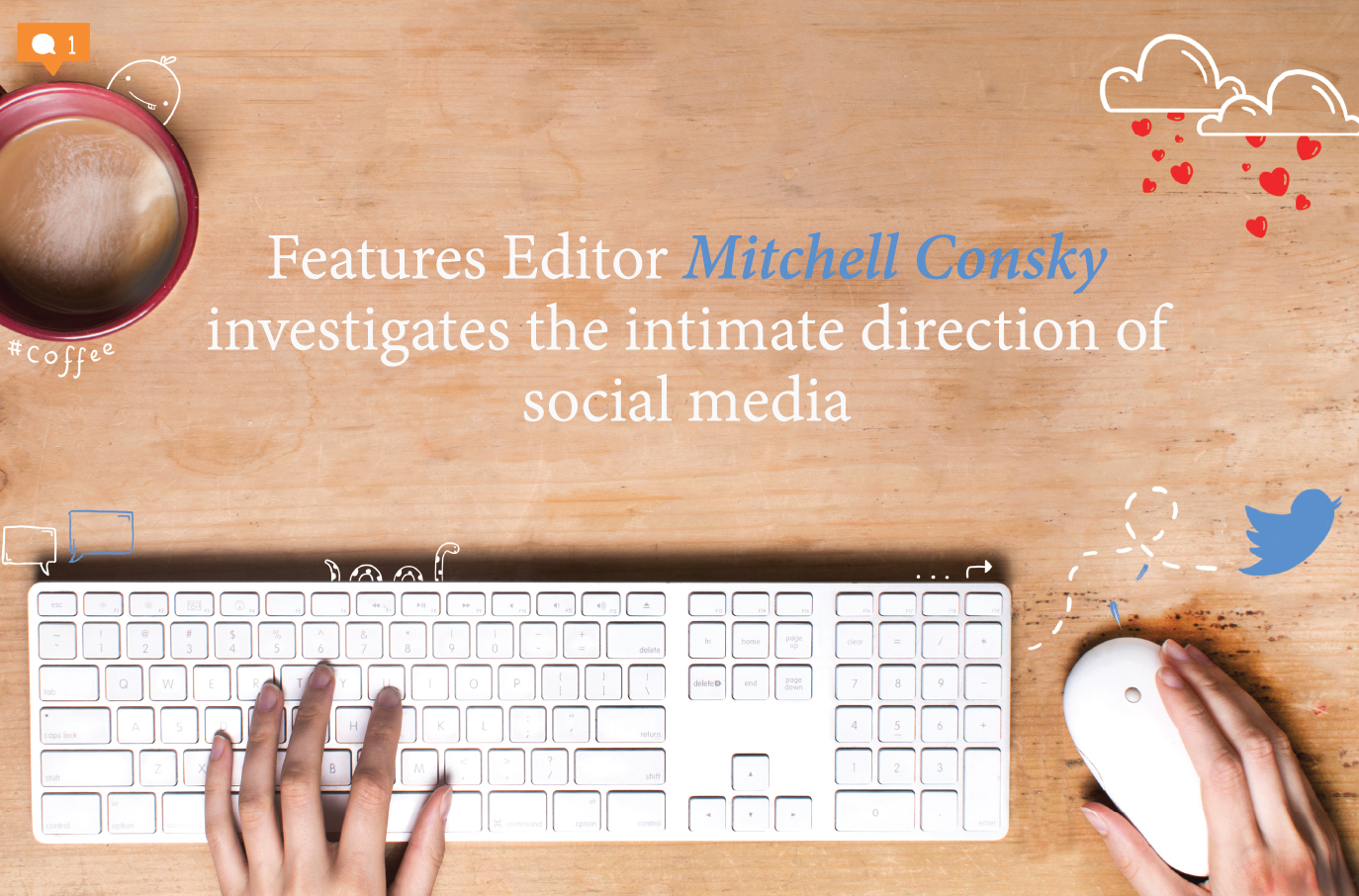 I know you’ve heard it all before:

“There’s a world beyond your screen!”

“Such superficiality is creating unrealistic expectations!”

“We’re living in a mode of constant comparison!”

“Newsfeeds are a battle zone for external validation!”

“Sound the sirens! Our children are losing touch with their reality!”

Sound dramatic? Maybe so. But amongst social media’s hyperactive source of surging information, despite the problems of losing touch and beyond the countless benefits of explosive interconnectivity, there’s a deeper question I found myself contemplating: where are we going with it?

Let’s be honest. We’ve certainly come a long way since drunk selfies. Social media has become a discussion board for the most complex political and social ideas, a launching pad for the most life-changing initiatives and the beating heart of our communicating world.

But, in recent years, we’ve taken social media somewhere that nobody would’ve expected, somewhere that might actually be the final hope for humanity. According to this newly observed direction, we are starting to understand one another.

Moving away from cat vines, newsfeeds are beginning to unravel our strongest ambitions, our darkest secrets, our greatest struggles and our most haunting pasts.

From opening up about mental illness to mourning the loss of a loved one, from coming out of the closet to confessing about the trauma of a sexual assault, we are uploading a new realm of intimacy.

In contrast to previous notions of staged superficiality, honesty has become the newest trend. We are becoming more real with the world than we’ve ever been. Believe it or not, we’re becoming sincere.

“Back in my day, we made a meeting spot three days in advance and talked face to face to catch up or get to know each other!” Grandpa might’ve groaned as you sat him down and explained the mystical force of Facebook.

But has Grandpa ever been “face-to-face” through a social exchange that can immediately expose the internal struggles of a long-forgotten friend? Has he ever stumbled upon an acquaintance that reveals their biggest fear within seconds of walking by? Has he ever looked someone in the eyes across the street and instantly known that this person was raped, that their mother just passed away, or that they suffer from depression?

Well, Gramps, times have changed. Social media has given us the ability of telepathy. And whether this is a blessing or a curse, well, that’s yet to be discovered.

Sure, we’re still selective with what’s shared and not everyone feels comfortable with unconditional disclosure. But more than ever, complex confessions are becoming “liked” and exposed.

“In some ways, this might be a pushback against the degree in which social media became this surface level, glossy means of expression,” said Anne Wilson, professor of social psychology at Wilfrid Laurier University.

“Talking about the more emotionally charged or more difficult things on social media, may, in some cases, actually be beneficial, because one thing that it can potentially combat is the pluralistic ignorance that sometimes ends up emerging when everyone is always talking about the good parts of their lives and not the bad parts,” Wilson continued.

“People often don’t recognize how frequent certain types of experiences are. This kind of sharing takes some things out of the closet and shows how frequently this happens, how we’re not alone.”

She went on to explain how psychological research has shown that people’s perception of privacy changes generationally. She explained that the unspoken boundaries that are set change with age and time.

However, can such extreme intimacy be problematic when communication is restricted by virtual walls?

“Depending on the type of things that are getting posted, one of the potential downsides to posting those kinds of things on Facebook is that sometimes you get very on-the-surface responses from people on the internet,” said Wilson.

“If you post something that’s really emotionally fraught, it’s often not necessarily where people know how to respond. Do I ‘like’ it? People just don’t know.”

In other words, Mark Zuckerberg’s newly implemented reaction feature can only go so far.

A heart symbol or a sad face with a rolling tear does not encapsulate the power of words, nor the personal touch of human emotion. It’s merely the simple click people prefer hiding behind. It’s the easy way out of expressing validation; it’s the language we turn to when speechless.

“I actually went through an experiment for a while where I refused to ‘like’ anything,” Wilson explained.

“So if I was thinking I wanted to ‘like’ a post, instead I would comment a human phrase — I’d write something to the person. The idea was to try and initiate something more in terms of the interactions that are happening.”

Why is there such a powerful need to publicize our identities, to come clean and surf this new wave of rising confessions?

“Kierkegaard once said that our truest vocation was to find that authentic self, which is not malleable or changeable but really very solid,” explained Don Morgenson, professor of psychology at Laurier.

“One of the serious problems facing adolescents in this particular age group is identity verses identity diffusion or even confusion,” he explained.

In times before what we’ll call the “confessional wave” — this increase of shared honesty — authenticity was, for the most part, disregarded on social media.

Beyond strategically selected profile pictures and witty captions, deeper dispositions were, at once, locked away. This made posted demonstrations of self seem more along the lines of what Wilson called a “highlight reel.” Only the best was shown and ideas of identity were glamourized and unrealistic.

But with these raw declarations of honesty, with this rising wave of intimacy, perhaps authentic identities could truly be within our grasp. Perhaps we can become more understood than ever before. Perhaps our true selves are finally surfacing.

Social media is becoming the diary that was once tucked under a mattress.

But let’s take this one step further. With this expression of intimacy on social media comes an imprint of permanence.

There are currently more than one-billion people active on Facebook. Approximately 10,000 of these users die every day and around 400 every hour. What does this mean? There are currently thousands of digital ghosts being tagged, whose photos are being commented on and whose posts are being liked.

Timelines of our confessions have become accessible to our friends and families. The map of our lives is being uploaded. Every birthday celebration, drunken post and heart-wrenching statement is being archived into a virtual museum of our history, a graveyard bearing the digital foundation of our past, a shared diary that cannot be burned or destroyed.

As social media’s depictions of ourselves become more honest, we will become honestly understood. Our grandchildren won’t merely be scrolling through drunk selfies and monkey vines we found hilarious.

They’ll be accessing our personalities, realizing our burdens and gaining an authentic perception of who we really were.

Newsfeed intimacy may be immortalizing our identities.

When thinking of my own parents, all I have are a handful of old photographs and oral stories to picture who they were when they were young. Maybe social media is changing this.

As a student journalist, social media has allowed my voice to be heard. It has allowed articles such as this one to circulate.

Where are we going? A world that is not only interconnected through personal profiles, not only rapidly informative, but a world that is using technology to accurately depict the human condition.