!3 Reasons Why does not do a good job of raising awareness of social issues 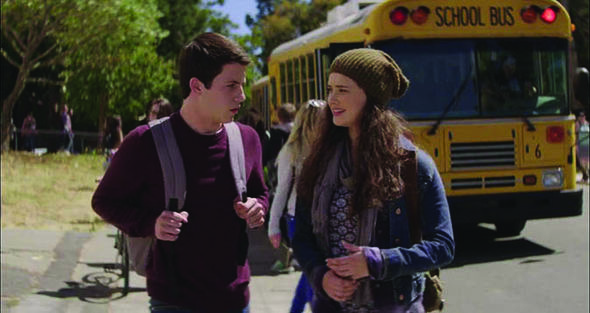 When I was 14, I read the book 13 Reasons Why by Jay Asher, which was a book that discussed the issues facing young people today.

The story starts with a girl who committed suicide recording tapes that would be sent to the people who were the 13 reasons that caused her to get to the point where she couldn’t see a way for her life to get better.

The book was a good read when I was that age, and it really made me think about how I should be talking to people; it also made me aware that I did not know what was going on in other people’s lives.

This is what the story is trying to get across: people could look like they are fine, but could actually be experiencing something very traumatizing.

The Netflix original series for this book came out in 2017. I was 18 years old and leaving high school, but I still remember reading that book, so I wanted to watch the series.

I was experiencing many of the same things that Hannah, the protagonist, was experiencing and from what i remembered of the book, it did a good job laying out ways to help people get through difficult times.

The series did get some things right in the first season, but the two seasons following it just seemed to have lost what was really getting told here.

The series tackles the issues faced by young people by presenting some pretty traumatizing scenes, like Hannah and Jessica’s rape scene, the scene where Hannah committed suicide, as well as the sexual assault of Tyler in Season 2.

While Netflix has said that these scenes are good for people to see because they are real and raw, it is hard to not think that the producers are adding these scenes in for the shock factor.

The idea of showing a sexual assault scene to me does not seem to be smart as it could be triggering to the people who are watching.

Although Netflix does have trigger warnings at the beginning, by stating there are graphic depictions of sexual assault, by the time it comes around the warnings are long forgotten.

It does not do a good job at raising awareness, as a lot of people that I know who watched the show had to skip through those scenes because of how graphic they are.

And it took Netflix two whole years to take down Hannah’s suicide scene, which was stated as the most controversial scene in the series, and had been requested to be removed many times since the series’ beginning.

Many mental health professionals believed that this scene had the potential to provoke young people to engage in certain suicidal behaviours — the copycat effect is a real thing.

Another issue that I had with the show’s third season, was the new character Ani and her relationship with Bryce Walker, a serial rapist.

Not only is Ani sleeping with someone who has a track record of rape and has not done anything to fix the mistakes he has made at the point where she does hook up with him, but she is also sleeping with the man who has raped one of her best friends.

I am all for a redemption arc, but this one makes me feel uncomfortable.

The fact that Bryce was made to seem like a redeemable character because of his backstory of everything that he has experienced since the sexual assault trial, the show kind of unintentionally made Bryce seem like a victim following the trial against him.

You make a mistake, you must deal with the consequences, you cannot just expect things to get better without any struggle.

It does not take a couple months for things to get better, it might take a few years for people to really start believing the change.

People might also still be traumatized and not ever be able to forgive you, and you need to live with that.

The show also tries to make it seem as though no one is really able to help you, not your parents, not the school, not anyone.

I am not going to sit here and say that everyone in your life is equipped to help you deal with your traumas, but in my case the majority of the people who I talk to my issues about listen with an open mind and with open arms and help in the ways that they know how.

All in all, I don’t think that the series is doing a good job at raising awareness for mental illnesses or other things of that nature, which they claim to be doing.

The shock factor that they rely on might be the thing that is causing the show not to do what it intends to.