Lifting the veil from modern film 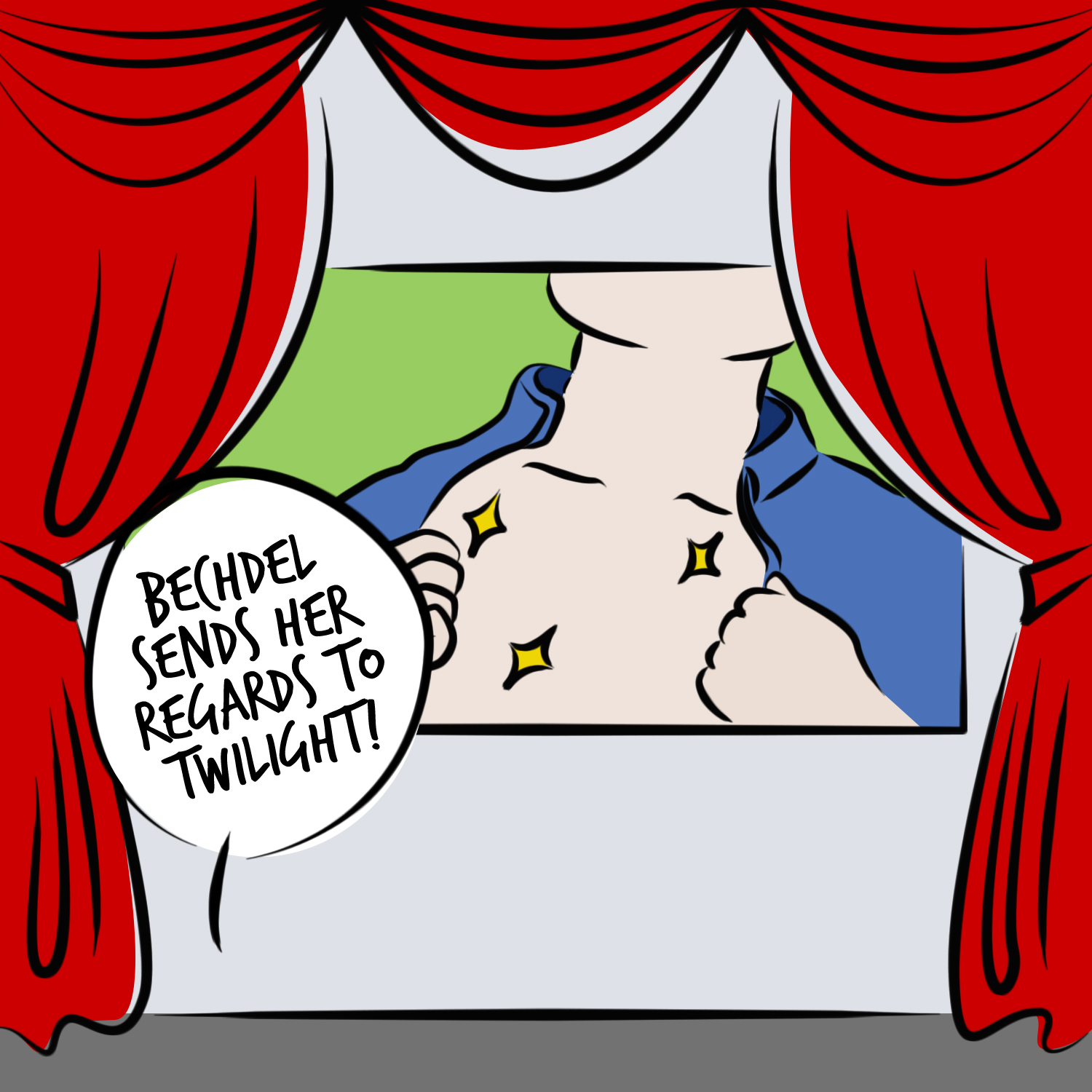 Feminism doesn’t have to be daunting. It’s certainly an area of intrigue for many people, but some are uncertain where to start.

Luckily, there’s Drunk Feminist Films, an organization that currently hosts movie screenings which encourage feminist discourse in both Toronto and Kitchener-Waterloo. The screenings have a strong reputation of being both fun and accessible for all people.

Whether you have a master’s in women’s studies or you have the slightest inkling for feminism, this organization has something valuable to offer.

The organization aims to challenge the established innocence of many culturally relevant films by inviting community members to engage in film commentary and drinking. Their last event, a screening of Twilight on Oct. 23 in Kitchener, encouraged participants to scream out and drink whenever the dialogue “jumped the shark” or whenever Bella bit her lip.

In fact, Drunk Feminist Films was born out of a Twilight drinking game created by Toronto-based illustrator, designer and writer Gillian Goerz, with the help of a few friends.

“The whiteness of mainstream film is blinding.”

As Goerz puts it, the organization is “not the scholarly answer to feminism,” but rather a good “entry point” for those interested in exploring feminist theory. It is also simply a positive space for all to engage in feminist discourse.

A common misconception of feminism is it’s a discipline that only discusses women, while in reality, it explores the intersection of oppression in society, including gender, class and race — to name a few. Goerz pointed out while many problematic film tropes are gender-oriented, the film industry also has a tendency to misrepresent race onscreen, as well.

“The whiteness of mainstream film is blinding,” said Goerz.

Notwithstanding, Goerz indicated that balanced and rightly representative writing in film and television exists. A shining example is Aziz Ansari’s Netflix series Master of None. Goerz emphasized the show’s excellent characterization, saying the character Denise isn’t simply a “black lesbian,” but rather “a person who happens to be a black lesbian.” The show’s on-screen personalities need not rely on stereotypes to build relationships and exposition.

Even with all the praise to Master of None, it is not the type of material Drunk Feminist Films is likely to show at one of their events. The organization focuses on films that are “in people’s cultural mindset,” Goerz said. She explained even movies that are universally praised are often overlooked.

“Swallowed without thinking about it,” said Goerz.

“We loved Bridesmaids, but we were unhappy to find that it had a lot of race jokes, which were simply unnecessary.”

In true holiday spirit, their next event invites K-W community members to engage in some banter over the classic Love, Actually at Apollo Theatre in downtown Kitchener. As explained on Drunk Feminist Films’ YouTube account, the film is riddled with “unnecessary power dynamics and language that reinforces unrealistic expectations.”

The YouTube channel has attracted a small yet dedicated following. But as with any feminist movement on the Internet, there will always be detractors.

In the face of negativity, the crew at Drunk Feminist Films has no plans to slow down. Goerz indicated a strong interest in expanding to other cities and even mentioned that they are interested in making themselves hirable for conferences.