Three families are set to arive through the BVOR program 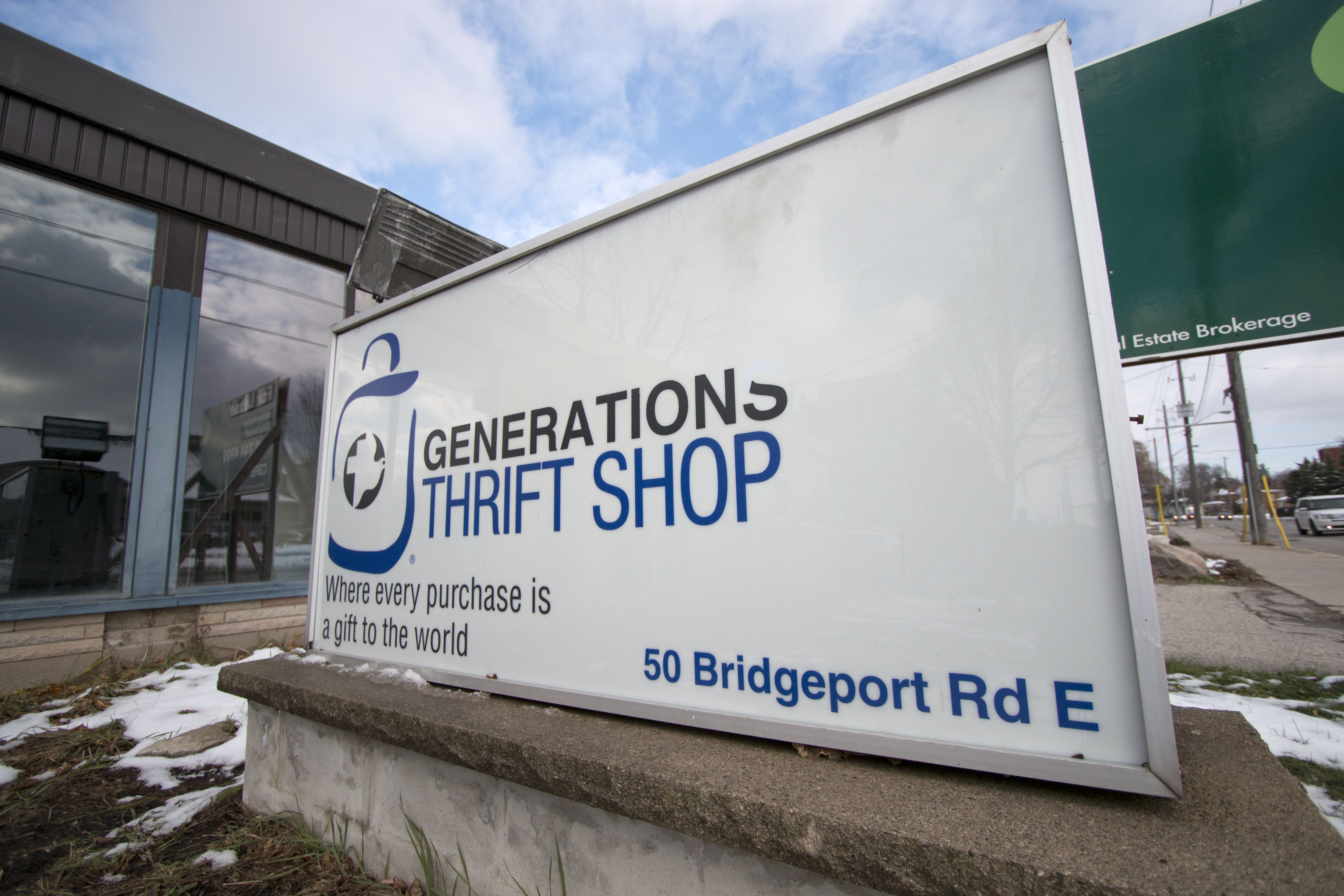 Art is so important to help people understand. It is sharper than science … It is more free. | Photo by Jessica Dik

In partnership with the Mennonite Central Committee, Wilfrid Laurier University has sponsored three refugee families to move to the Waterloo Region and Brantford area through the Blended-Visa Office Referral program.

Although the exact date of their arrival has not been confirmed, they are expected to arrive before the end of the calendar year and preparations are underway.

Two of the families will be settling into the Kitchener-Waterloo community and one will be set up in the Brantford area.

The BVOR sponsorship program was first introduced by the Canadian government three years ago. It splits the cost of sponsoring a refugee family between the government and the private sponsor.

However there is speculation the government’s contributions are often closer to 40 per cent according to Kaylee Perez, refugee sponsorship associate at MCC Ontario.

The families have all been put through an extensive screening process by the United Nations High Commissioner for Refugees before they were selected by the MCC. All three of the families are Syrian refugees and have been seriously affected by the civil unrest in their country.

The MCC is a key partner for many private sponsors. According to Perez, there has been a significant increase in sponsorship initiatives through the committee. 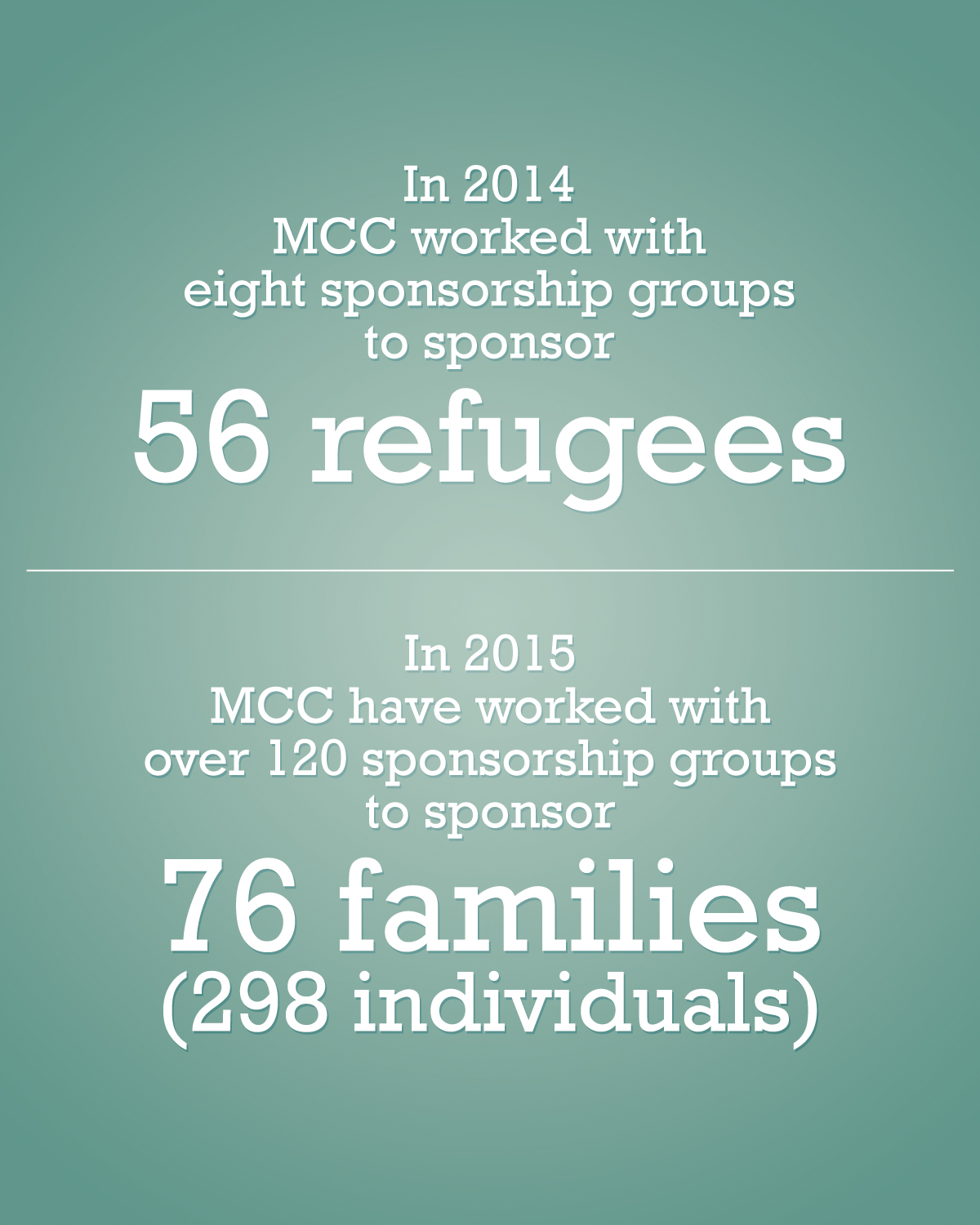 “Last year MCC worked with eight sponsorship groups, to sponsor 56 refugees. This year from September alone we are already working with over 120 groups and will have approximately 76 families arrive by the end of December. A total of about 298 individuals,” explained Perez.

Rob Donelson, vice-president of development and alumni relations at Laurier, said Laurier has already passed the halfway mark for their $60,000 fundraising goal to help these families.

Donors have been able to make donations as well as take direct cuts from their pay cheques.

Donelson added that although the financial commitment is only for one year, committee members expect support to last longer.

“There’s going to be some excitement and enthusiasm when these people arrive, but then those weeks and months after that we have to make sure we are providing a lot of personal support for them,” said Donelson.

“It’s going to be a huge adjustment for them. They are coming here with nothing. There’s unrest in their countries, they’ve been traveling for a long time. We hope that they will develop a certain independence over the year.”

Each is headed by a committee liaison and focuses directly on specific tasks.

Edmund Pries, liaison for the housing committee, stressed the importance of finding suitable housing as well as preparing furniture and items for other household needs. The committee is now accepting the donation of lightly used goods.

When it comes to community involvement, students are welcome to get involved in the project.

Whether it be through raising awareness, providing translation or working with various committees.

Olivia Matthews, president and CEO of the Wilfrid Laurier University Students’ Union and co-chair for the event planning committee, encourages students to take advantage of this volunteer opportunity.

“They can get in touch with me as a starting point. What we recognize is that students might be in financial need right now and they might not be able to donate.”