Sitting down with The Glorious Sons 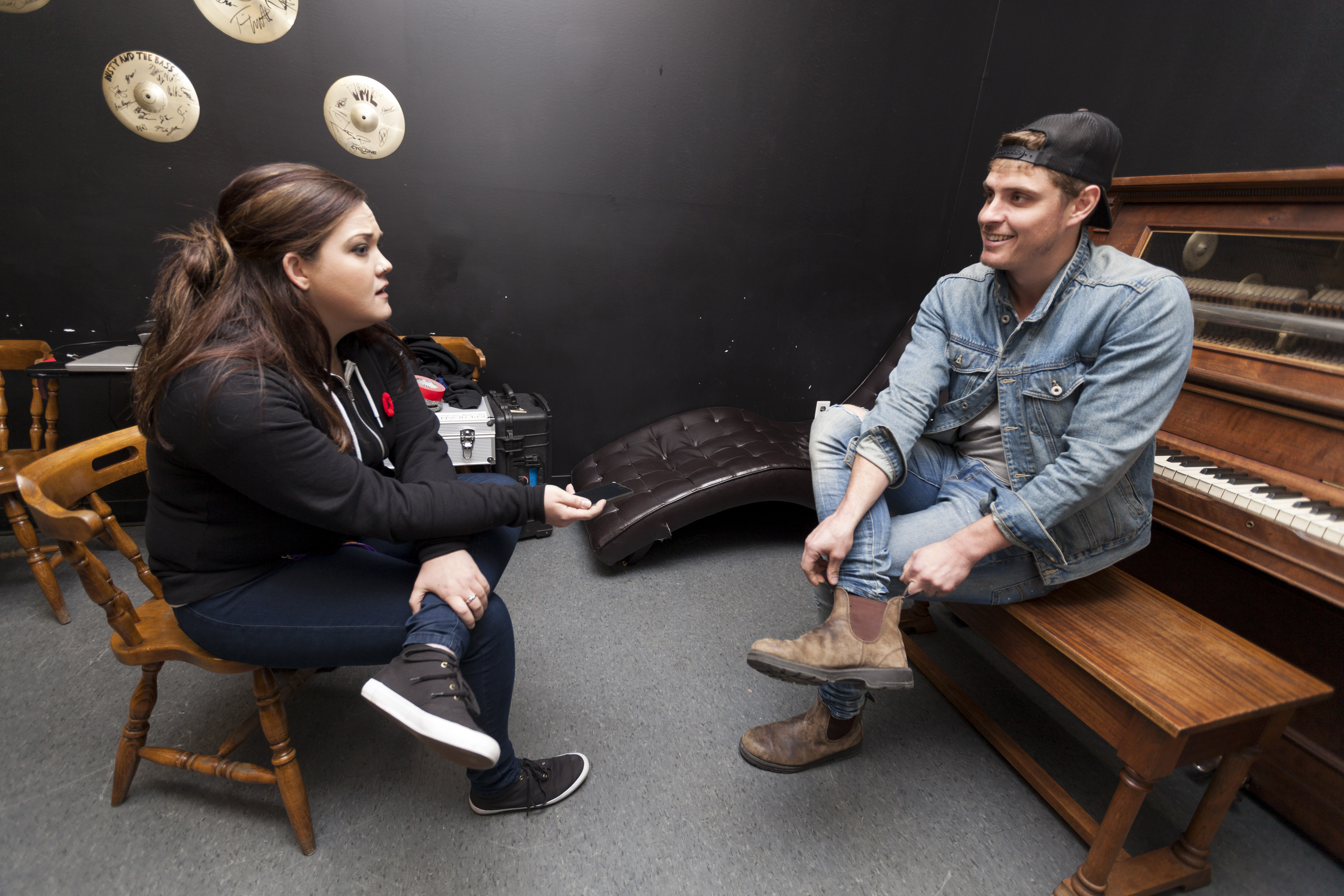 Last Wednesday night, the Kingston-based band The Glorious Sons took the stage at Maxwell’s Concert and Events. This concert marked the largest show for The Glorious Sons, selling out the venue with 700 audience members in attendance.

The band has been around since 2011 and is led by brothers Jay and Brett Emmons.

“Initially, I was going to go out to Halifax and start a band with Brett out there because he was going to school,” guitarist Jay Emmons explained. “And then I moved out there for a month and decided it wasn’t for me, [so I] came back and started this band … Brett came back and caught a couple [shows] and he was like, “shit.” So he quit school and came back to Kingston to join the band.”

To drop out of school to join a rock band only to have it work out like the Emmons brothers seems highly unattainable these days — but the boys did it. Since the release of their first studio length album The Union in September 2014, The Glorious Sons are making a name for themselves in the Canadian rock music industry.

“The response has been everything we could have wished for, really,” Emmons continued. “All the singles that we have released have charted top five. Everyone has positive feedback.”

This summer, The Glorious Sons played at Kitchener’s Big Music Fest alongside big rock names like Soundgarden and Jane’s Addiction.

“The response has been everything we could have wished for…”

“[Playing with big names like that] was cool; it was awesome,” Emmons said.

The combo of great musicianship and remarkable stage presence is the recipe for a fantastic rock show. And that’s exactly what happened last Wednesday at Maxwell’s.

In person, lead singer Brett Emmons is quiet and chill, but on stage, he’s a bull in a China shop. He utilized the stage space by accessing the multiple levels of the stage. At one point, I lost sight of him, only to realize he had jumped off the stage into the crowd.

He interacted with the crowd, yelling, “I can’t hear you, motherfuckers!” on more than one occasion. His energy was unmatchable.

There were also times when he slowed right down. He performed the song “Gordie” alone on stage with just an acoustic guitar and the audience sang along. He encouraged audience participation, which really enforced the community that’s created by a mutual love of music.

The highlight of the show, however, was the encore. The band came back out to sing one of the best tracks off the album “White Noise.” The combination of the use of stage lighting, the onstage energy and the crowd’s response was electric.

After that song, Brett invited the two opening bands, Poor Young Things and Northcote, on the stage and the three bands covered The Beatles’ “Don’t Let Me Down.” Approximately 15 people on stage, all singing the Beatles together, solidified what music and the live concert experience is really about: a community of people coming together to share the love of music.

Although there are no set plans for a new album as of yet, The Glorious Sons have just released their new single “Sometimes On A Sunday” to bridge the gap between The Union and whatever lies in store for the future of the band.