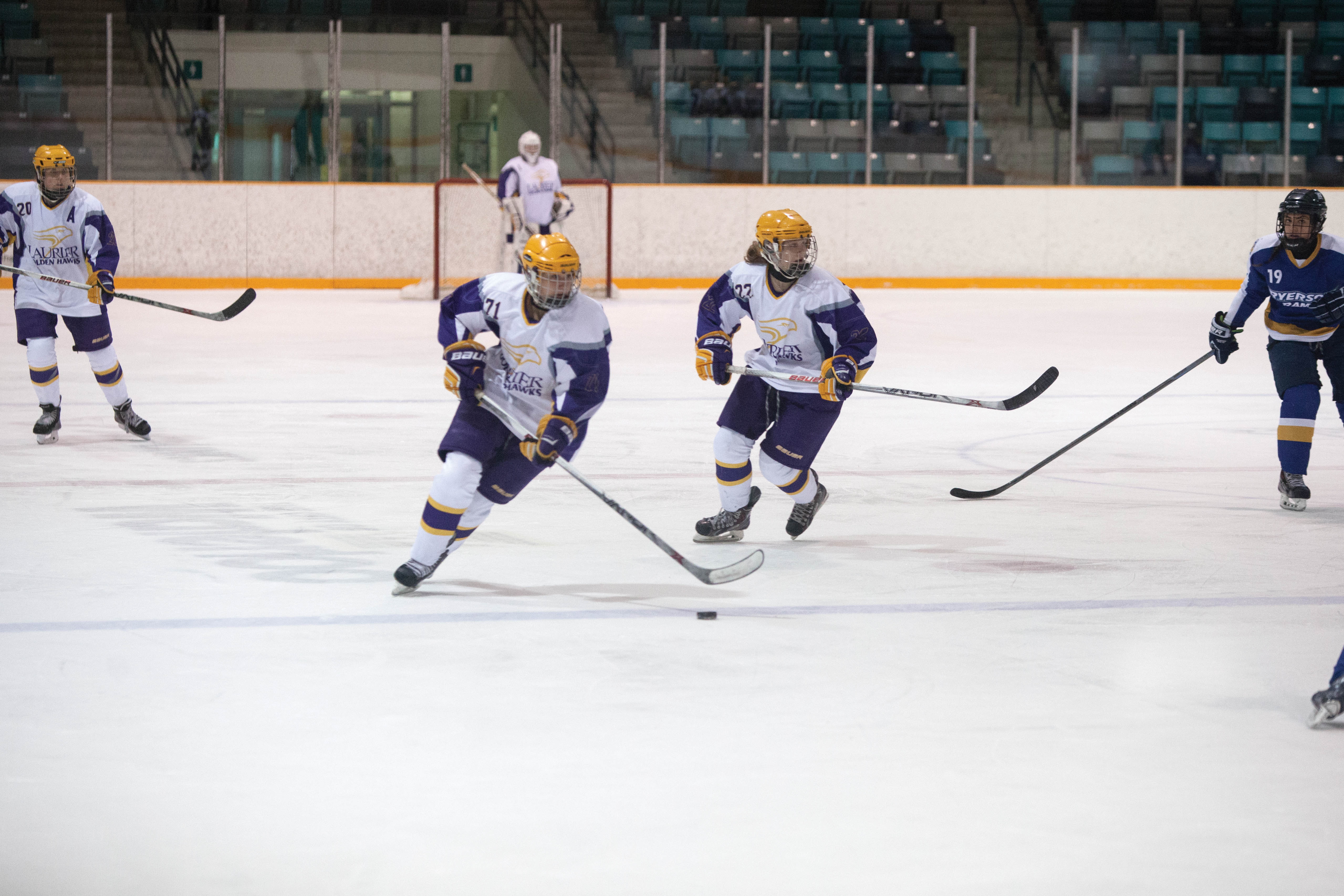 The Wilfrid Laurier women’s hockey team suffered a scare that could have put one of their top rookies out for the season when the Hawks lost their all-star goaltender Lauren Webber during the Hawks’ 4-3 loss to the York Lions. She was rushed to the hospital after a York player crashed into her. Upon further testing, Webber was diagnosed with a torn meniscus.

Typically, a torn meniscus takes four to six weeks to heal, projecting a second half return to the ice. Nobody expected to see Webber between the pipes last weekend, backstopping the Hawks to a 1-0 victory against the Ryerson Rams. The rookie backstopped all 28 shots she faced in her return to the ice, and 26 shots in a 5-0 loss to the Western Mustangs the day after.

Webber started eight out of Laurier’s nine games, posting four shutouts on the way, to record a 5-4 overall record so far. Webber won the starting role position over Nicholle Kovach and Amanda Smith back at training camp.

“We thought she was going to be out awhile,” head coach Rick Osborne said. “We rushed her to the hospital to get the MRI done, and the MRI showed a little bit of an improvement from her last MRI.”

Fortunately for the Hawks, Ontario University Athletics had a two-week layoff that started Nov. 1, which sent all teams on hiatus. The Hawks only needed to rely on Kovach for one game before Webber returned. Kovach stood tall in Webber’s place against a potent Toronto Varsity Blues offence while their starter healed.

According to Osborne, Webber spent most of her late week practices finding the right adjustments in her brace so she can move side to side on the ice in time to play Saturday night. The brace is meant to hold things together in case she gets run again.

During the Ryerson tilt, Webber was tested early and often as she saw 10 shots in the first period before seeing 22 shots after 40 minutes. By that time, Webber found her groove between the pipes on the way to the shutout win.

“It felt really good. Just the injury was such a freak thing and I was kind of nervous about it,” Webber said. “I think with my first game back, my teammates were there to help me out in the first period a little bit and just went from there.”

Even when one of the Rams players came barrelling towards her in the third period and knocked Webber off her footing in a nearly identical situation, Osborne held his breath.

But it was never a concern for the young goaltender.

Webber and the Hawks continue their season against the Waterloo Warriors this Sunday afternoon. Puck drops at 2:30 p.m. at Columbia Ice Field.