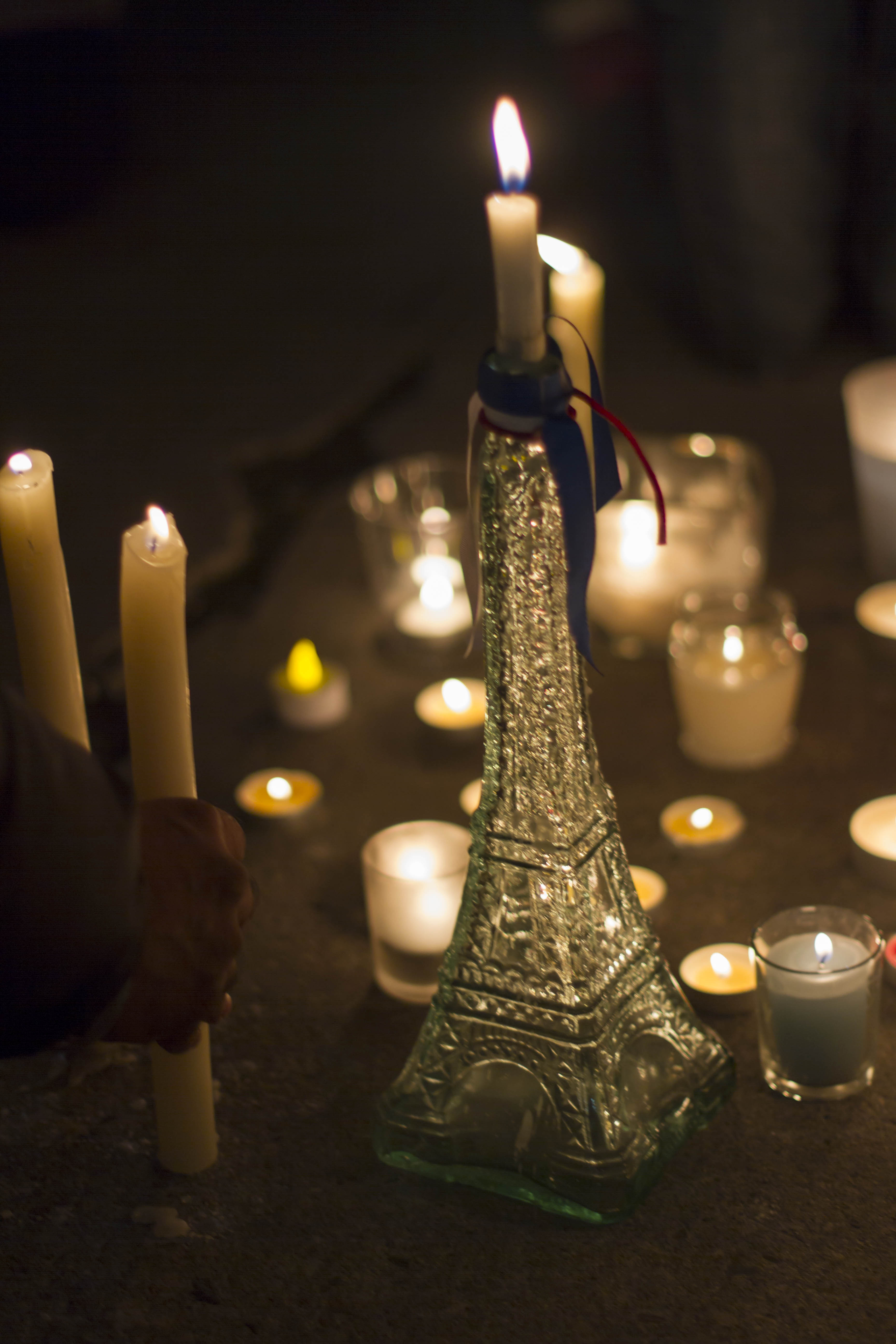 Paris has been declared under a state of emergency following the attacks. | Photo by Zachary Guitor

Pictures in Paris reveal a war zone. Horror yet again manifested as bodies of victims are being bagged and counted.

132 dead and 352 injured. Families and loved ones are submerged in trauma, while friends make frantic phone calls.

The civilized world falls into a state of shock.

The world has been turned on its head and will never be the same going forward for many Parisians, who were directly and indirectly affected by the events of Nov. 13.

The attacks, including those on a popular concert hall and near the Stade de France, will leave everlasting scars on France, Europe and the world.

Given the precise coordination and ruthless execution, it would not have been farfetched to assume the perpetrators responsible for the atrocities are implicated with Islamic State and its other facets.

The claim came on Saturday from ISIS, taking responsibility for the heinous acts. President François Hollande labeled this as an “act of war” and with vengeance in his heart, vowed: “We will lead the fight. And we will be ruthless.”

The indirect victims from Friday’s events will be Syrian refugees.

For the same threat they flee their country, the borders will be shut in their faces, with more asylum applications rejected and anti-refugee campaigns and rhetoric reignited.

It did not take long for the latter to come into fruition.

Just hours after what happened in Paris, a fire broke out in a jungle refugee camp near Calais, France.

After anti-Muslim and anti-refugee demonstrations took place in the area last week.

The fire destroyed 40 shelters and is not a definite result of what happened in Paris, but there is an obvious argument.

The incident may just fan the flame for Islamaphobic and anti-refugee attacks.

France closing their borders to all refugees will have European and global implications.

In the midst of the refugee crisis, and with Germany set to host one million or so refugees, domestic pressure to close the border to refugees will turn monumental.

Angela Merkel, the Chancellor of Germany, will surely be tempted to follow Sweden in temporarily closing its borders to absorb political and social pressure.

Other right wing politicians such as Ben Carson and Donald Trump call for American borders to close. Perhaps not many people will pay attention to what they say or suggest.

Yet there will be those who call for the doctrine of “enemy within,” the imminent national security threat these refugees cause.

The Immigration Minister may have set the process in motion, but it would be naive to think a stall in the process is not imminent.

Best case scenario perhaps, screening and processing will become more rigorous to ensure the security and sovereignty of Canada is intact.

The inevitability of the situation is that Syrians will find it even harder to secure asylum abroad.

Violence keeps coming back to haunt them, giving no escape.

It is sad that the fate of millions is directed by a foul few.

As a Muslim journalist at Laurier, I would like to wholeheartedly condemn these and all acts of terrorism.

My heart aches for those who are affected by these acts of terrorism in Paris on November 13.

My heart also aches for those affected by the 49 killed and hundreds wounded in Beirut on November 12. I feel tremendous grief for the 19 killed by suicide bombers in Baghdad on November 13.

The casualty count will keep rising with every innocent life whose chance to escape a threat for their very existence is diminished because of Friday’s savagery.