It’s the end of Christmas

The Grinch must work for Starbucks 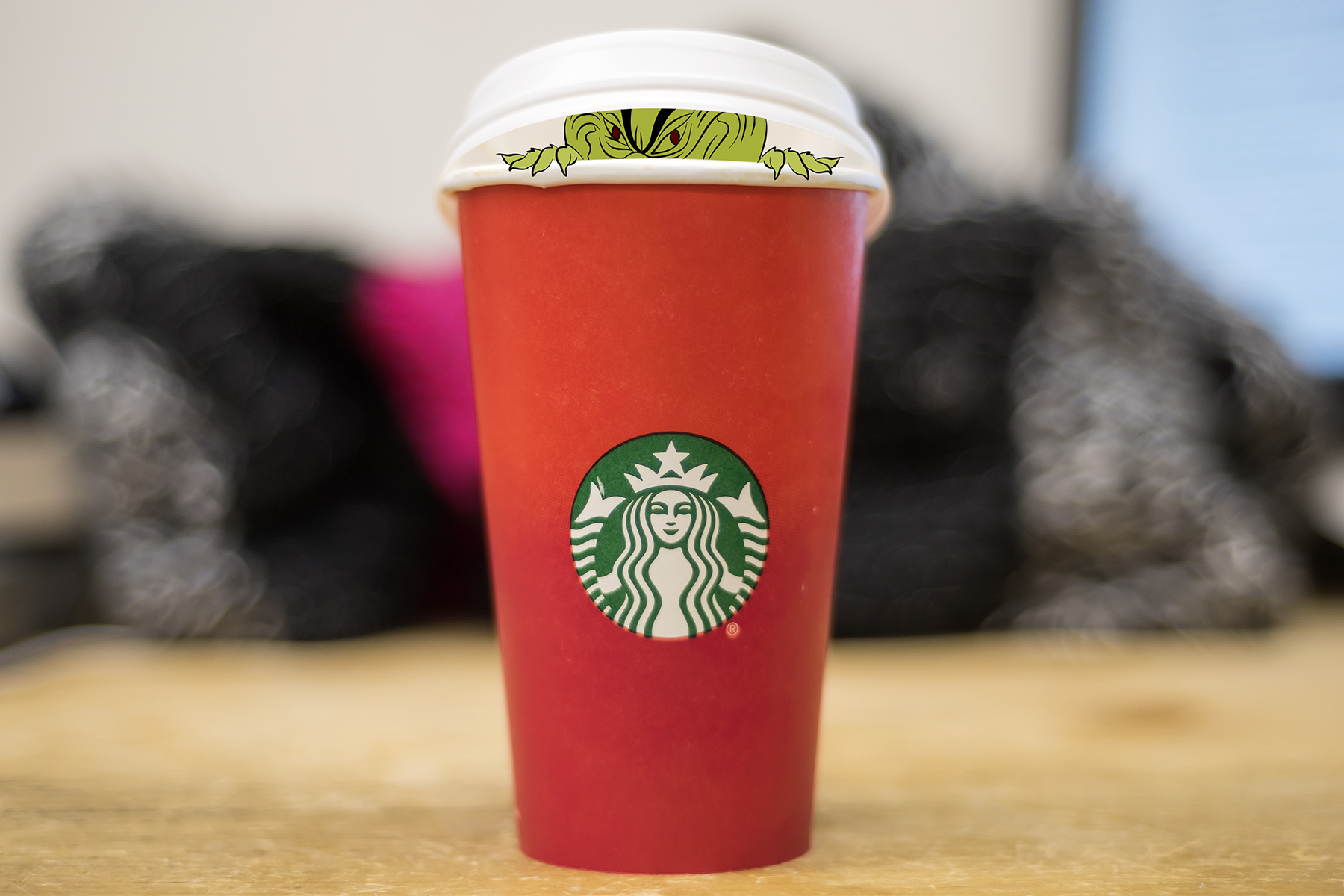 The grinch has come to Starbucks | Photo by Will Huang, Graphic by Lena Yang

Millions of Americans were left without a feeling of purpose this past week.

Holiday cheer in November is down by an estimated 78 per cent nationwide, leaving one soulless coffee chain to blame.

Most were forced to put issues such as the Republican debate, the plane crash at Sinai and the diversity rights at Yale University aside, so they could focus on America’s most pressing problem: The plain red holiday cup.

Please stop shuddering and read on.

Most of the marketing department has reportedly been fired from Starbucks after failing to recognize that a subtle design change would result in immediate outcry and condemnation on social media.

If only they had seen this coming.

It’s almost as if they expected the consumers to buy their coffee and just drink it without noticing that Starbucks no longer loves Jesus.

But this is undoubtedly absurd, as every logical consumer would obviously see the cup and immediately realize its true intentions.

Everyone knows that Jesus loved snowflakes and so the removal of them from the cups is a direct attack on Christianity in America.

Those heartless devils are like drifting dementors, sucking the magic out of the holiday season.

This is clearly a move by Starbucks to make Americans less happy, which makes sense since their own mission statement goes on and on about quality, but says absolutely nothing about ensuring Christmas cheer in November.

Recently, a Starbucks spokesperson has come forward and in a blatant public relations move, released the following statement:

“We understand that is our duty as a company to define peoples’ meaning of Christmas by the design on our coffee cups. We will do everything in our power to ensure Christmas cheer is not lost across the nation.”

While this statement proves the coffee chain has at least some idea of the detrimental damage that they have caused, they have pretty much crossed the line with no possibility of return.

They are trapped in the darkness of their unforgivable sins.

They will forever be doomed to the naughty list for their cruel attempt to end the Christmas of 2015 and they have shut down the happiness of children.

In other news, in the Land of Whoville, a resident known as Mr. Grinch has ordered a remarkable 150-million shipments of the new red cups, saving Starbucks from bankruptcy.