The revitalization of Northdale is underway and will reveal plans at a public information centre on December 1. 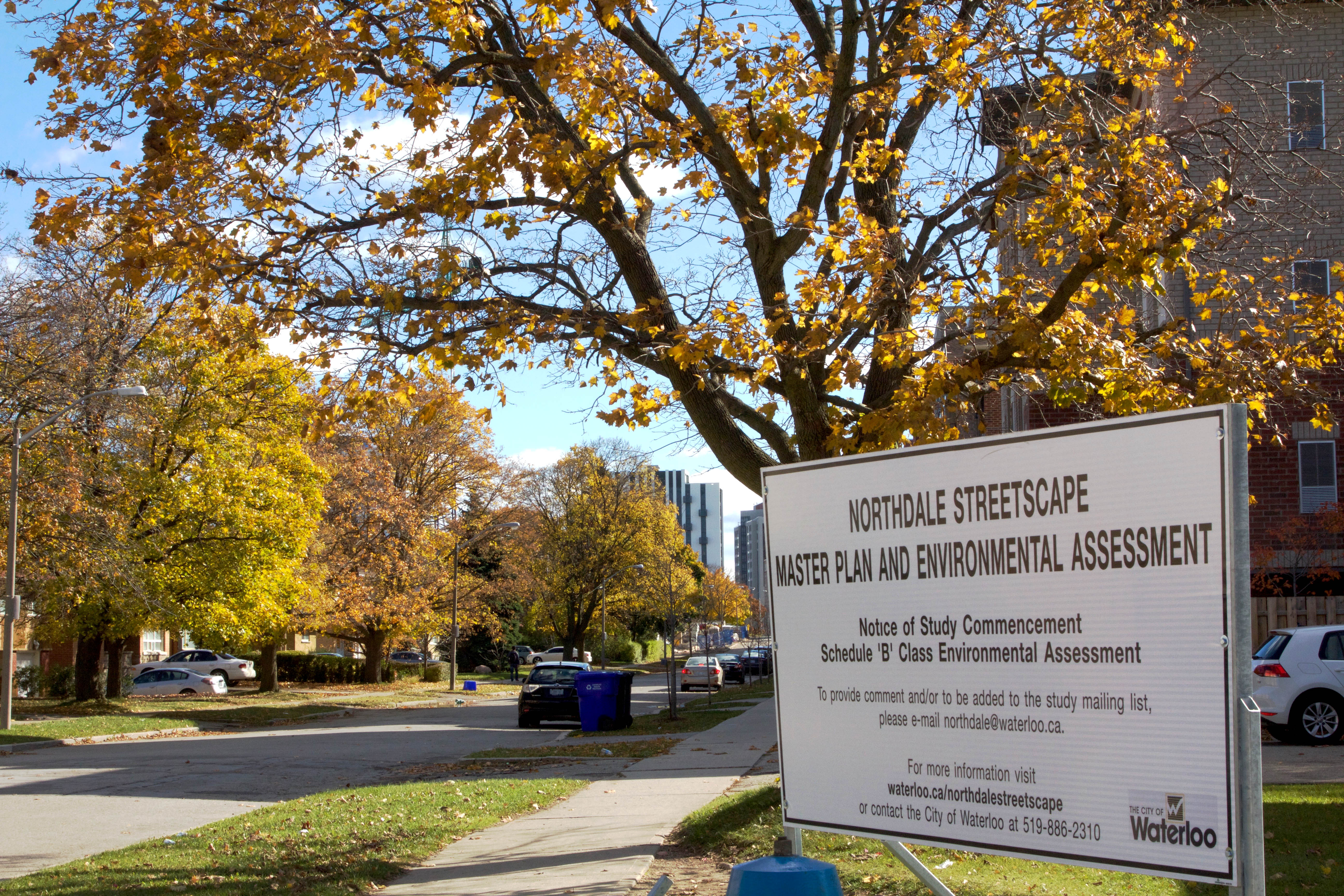 The revitalization of Northdale is underway and will reveal plans at a public information centre on December 1. | Photo by Tristan Renaud

The development of Northdale, which includes Phillip Street, Columbia Street West, King Street North and University Avenue West, is in the midst of conducting a streetscape design and reconstruction study that will help to prepare the first phase of revitalization.

The ongoing study indicates that phase one entails data collection and analysis for all the infrastructure in the area. The initial findings and results from the study will be revealed on December 1 at a public information centre, which will be held at St. Michael’s Church.

As the study continues, IBI Group of Waterloo will be the consultant for the master plan and will be in charge of construction, administration and other components.

Mike Lupsa, senior project engineer, said the first set of roads will be reconstructed in 2017. He hopes to finish phase one in mid-July of 2016 and based on the recommendations on the master plan, the city can begin designing the roads. After designing, he hopes to hire a contractor in April or May of 2017 to begin building the first set of roads.

“This is the plan. This is the long-term plan for the next three years,” he said.

Lupsa said an overall cost can’t be foreseen in the meantime, as decisions including financial costs will depend on the recommendations provided in the master plan. However the council has approved $800,000 for the consultant. He also adds that $2 million is budgeted for the construction of two streets – Spruce Street and Hickory Street, all depending on the master plan.

“We’ll see what the recommendations from the master plan is going to be. Most likely, Spruce Street is going to stay, but Hickory is not a done deal.”

“We’d like to have a more livable neighbourhood, basically. Not ‘ghetto-style’ like it used to be,” Lupsa said.

The time span for the entire project is currently unknown, as it depends on the funding provided by the council.

Until all recommendations have been made, there is currently funding only for the master plan as well as the reconstruction of the first two streets.

Whether a full or partial amount is given, it could take up to 10 years to finalize all streets.

In its first stage, Lupsa hopes that homeowners and students will be satisfied with the revitalization.