The thought of running for Students’ Union President came up in first year, actually, when I was a part of a campaign team. In the past four years…

Questions and Answers with Kanwar Brar: running a race unopposed 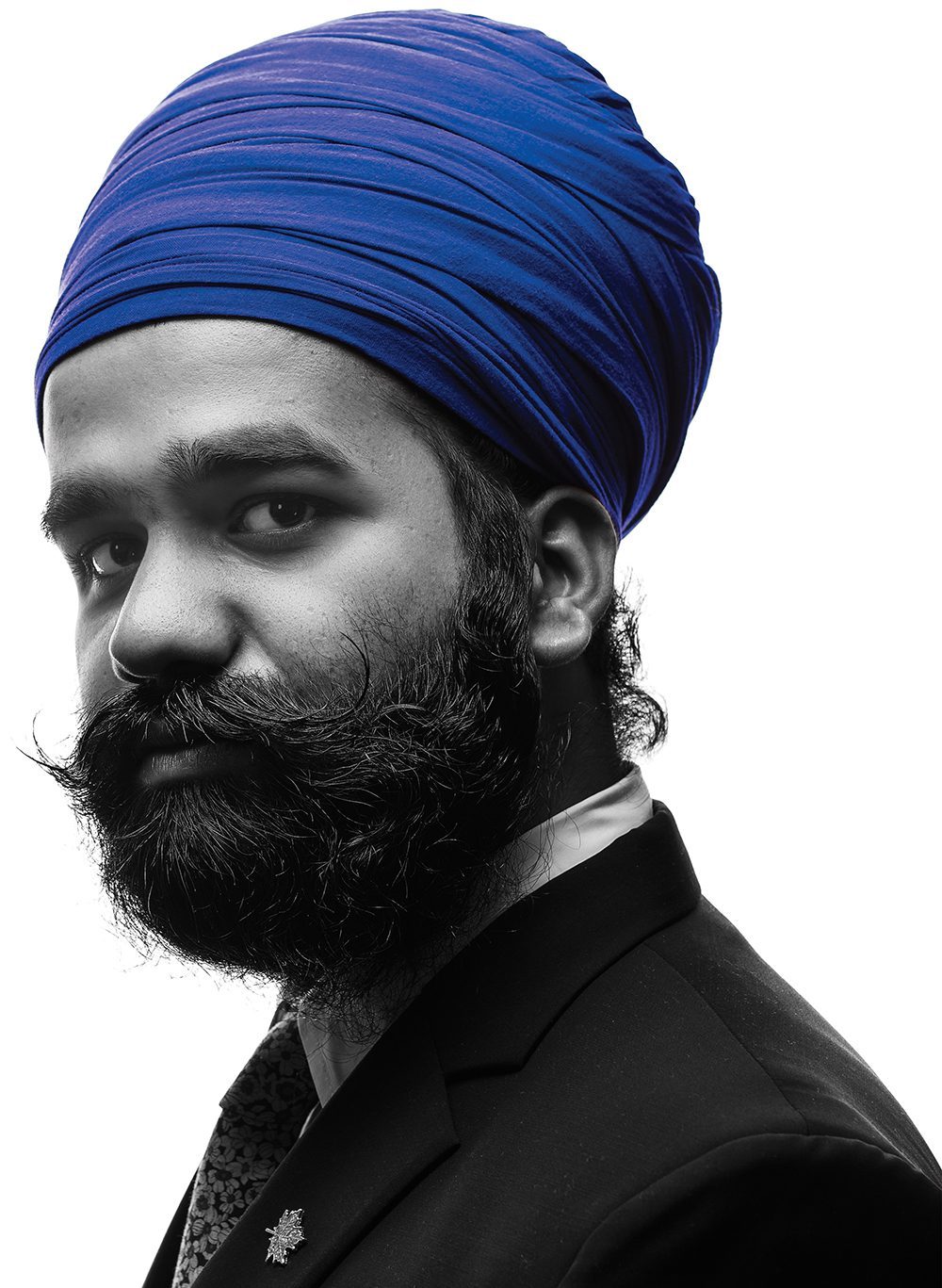 How/when/why did you decide to run for Students’ Union president?

The thought of running for Students’ Union President came up in first year, actually, when I was a part of a campaign team. In the past four years, I’ve reflected a lot upon running, but it wasn’t until this past summer when I started getting really serious and thinking about why I want to do this. And it was through talking to a lot of students and talking to a lot of people within the university and within the Students’ Union which gave me a lot of insight on the operations and the work of the president. And I thought, you know what, I can do this. Having a really supportive team and a lot of people who wanted to rally behind me made me think that I can definitely do this job, which made me want to pursue it.

If president, how are you going to advocate for students on the Brantford/Waterloo campus?

My platform is spread into three categories under the branches I have. So for advocacy it’s multi-campus, Waterloo and Brantford. One multi-campus initiative I want to work on for advocacy is ancillary fees and making sure there’s financial accountability. How those are used, and that involves working with student groups who are funded through ancillary fees and also working through the non-tuition fee protocol committee. In regards to Waterloo, one of the biggest advocacy initiative I have is in regards to the housing issue — that students are aware of their rights. I’m going to work with our political representatives through the university affairs department to make sure we’re lobbying on behalf of students and advocating for more preoccupancy rights. And on the Brantford campus, I want to focus on the advocacy for a Go-Bus from Brantford to Cambridge. That’s the next part of the project which is implemented. We’ll essentially collect metrics and use it to asses the demand. Based on a firm policy stance, seeing how we can work with Go and the province on how to advocate for that.

Given that you’re the only cadidate running, will this effect the way you campaign and how will you assure that students know you are the best person to serve as Students’ Union President?

When I started this process, my campaign team and I started developing my policy ideas and platform. The whole assumption was that I was going to run for president and that there was going to be someone else running or even multiple running, because that’s been the case. That’s how I devised my campaign strategy, marketing and everything else. I officially found out there’s no one else running at the All-Candidates Meeting. So after having that information, I’m not going to throw the five or six months of work my campaign team has done out the window. We’re still going to campaign and we have been campaigning how we would have otherwise. That’s evident through our initiatives on both campuses. We have booths in the RCW Lobby, in the Science Atrium and in the Concourse. On top of that, we’re splitting into small groups and walking around campus letting students know there’s an election happening and talking about the importance of voting. One thing I’ve been telling them is that just because I am the only candidate I am not acclaimed to the position. That doesn’t mean I automatically get it. There’s still a yes and no component to it. I would need to get a majority of the vote to be elected. I ask the students about the issues that they’re facing because one of the things I want to work on as president is that this initiative has to be ongoing and not stop at elections. I think that’s the best way to be going about running this campaign.

Can you critique one aspect of the current president’s performance?

Tyler has done a lot of good things, especially being the first president from the Brantford campus. He has bridged a gap between two campuses and has made sure students understand we are a multi-campus organization. I think one thing Tyler could potentially excel at even more is taking the initiative to go talk to students first. The open office hours concept is wonderful. I think it works very well. But at times, students may feel intimidated, and it’s not only because of Tyler, but because of the role itself. Especially if you’re not involved or you’re scared to approach the person. I think Tyler could do a lot more public outreach which could improve the role and make it more visible.

Why are you the best candidate for this job?

I’m the best candidate for this job because I bring a very holistic perspective. The role of the president and CEO is to serve for ever-changing student needs and always be adapting. I think the best thing a person can bring to this job is understanding where others come from and that is very important. For me, having done volunteering within the Students’ Union, whether it be programming, advocacy, Board of Directors, or outside the Students’ Union on the senate, working at PRISM, working for the department of political science, Residence Life, etc. I’ve gained a lot of perspective on student issues and how the Laurier experience impacts the Students’ Union. And I think, because of that, I have an ability to understand what students want and to listen to them, which is why I’m the best candidate for this position.

In your platform, you stated that you hope to focus on students’ overall wellness. Why is this important to you and how do you hope to accomplish this if elected?

Student wellness is important because it could make or break their Laurier experience. Starting in first-year, there’s a lot going on. The mentality we have to pursue is, regardless of who we’re affiliated with, which organization we’re a part of, or who we volunteer or work for, we’re here for the same purpose and that is to inspire lives and help students all together. I’ve noticed at times we have a lot of programming going on. And with too much over-programming, a lot of issues arise for student wellness. They find they’re stressed out and there’s too much going on. One way I want to work with that is that I think with the first 40 groups I’m imposing that can we bring all the campus partners together on one table and develop learning outcomes for all the programming we’re doing. So we can ask the questions: are we doing things for the sake of doing it or because it’s statues quo? Or can we develop more qualitative programming? Which means instead of more quantity, we put all our resources into a few things and we can work on them together as a campus and not just Students’ Union. I think it’s really important because once students realize we’re all here for the same reason and to help student wellness, it helps them progress and it helps them succeed.

Have your past experiences at Laurier helped you to prepare for running for president?

My past experiences have given me an all-rounded perspective and prepared me for this role. I think the biggest thing I’ve learned was on the Board of Directors, when I actually looked at the strategy for the organization and started looking at budgets and holding the president accountable. I saw there’s a lot the Students’ Union does which the students really don’t know about. Also, I wanted to gain a holistic perspective by seeing how students who may not be volunteers or as involved how do they experience Laurier. And by being a TA, being in Residence Life, working at PRISM Resources; which being an art student I was able to work within that faculty and that was a huge perspective for me. It showed me that there are no limitations on what you put your mind to. I think all those amalgamated together have helped prepare for me for this role and have shaped my experiences.

You mentioned in your platform that you hope to advocate for students by helping them and providing them with a better understanding of ancillary fees and how students’ money is being spent. Why do you think this is important and how do you plan to accomplish this if elected?

I think this is very important because in normal conversations, you hear students complain about all the fees which are non-tuition related on LORIS. They’re always wondering where this money is going. I think the thought started from there. I was able to go to the OUSA general assembly, where the ancillary papers were passed this term and it gave me a really big perspective on the issue itself. I want to do this because this is student money and I want to make sure they know how it’s being used. So next time it goes to referendum, they have the most information available. One thing I want to do is I want to have a more cohesive and collaborative approach to this. By bringing all the students groups together who are funded through ancillary fees and asking them how can we take the information of how you’re investing and using the money and relay that to a broader student body. I think that’s the right approach to take so it’s more collaborative and students understand we’re in this together, we’re not competing against them or we’re not out there to get them—because that is not the case.

This interview was transcribed verbatim with minimal stylistic changes.