Google’s new building in Kitchener seen as an investment 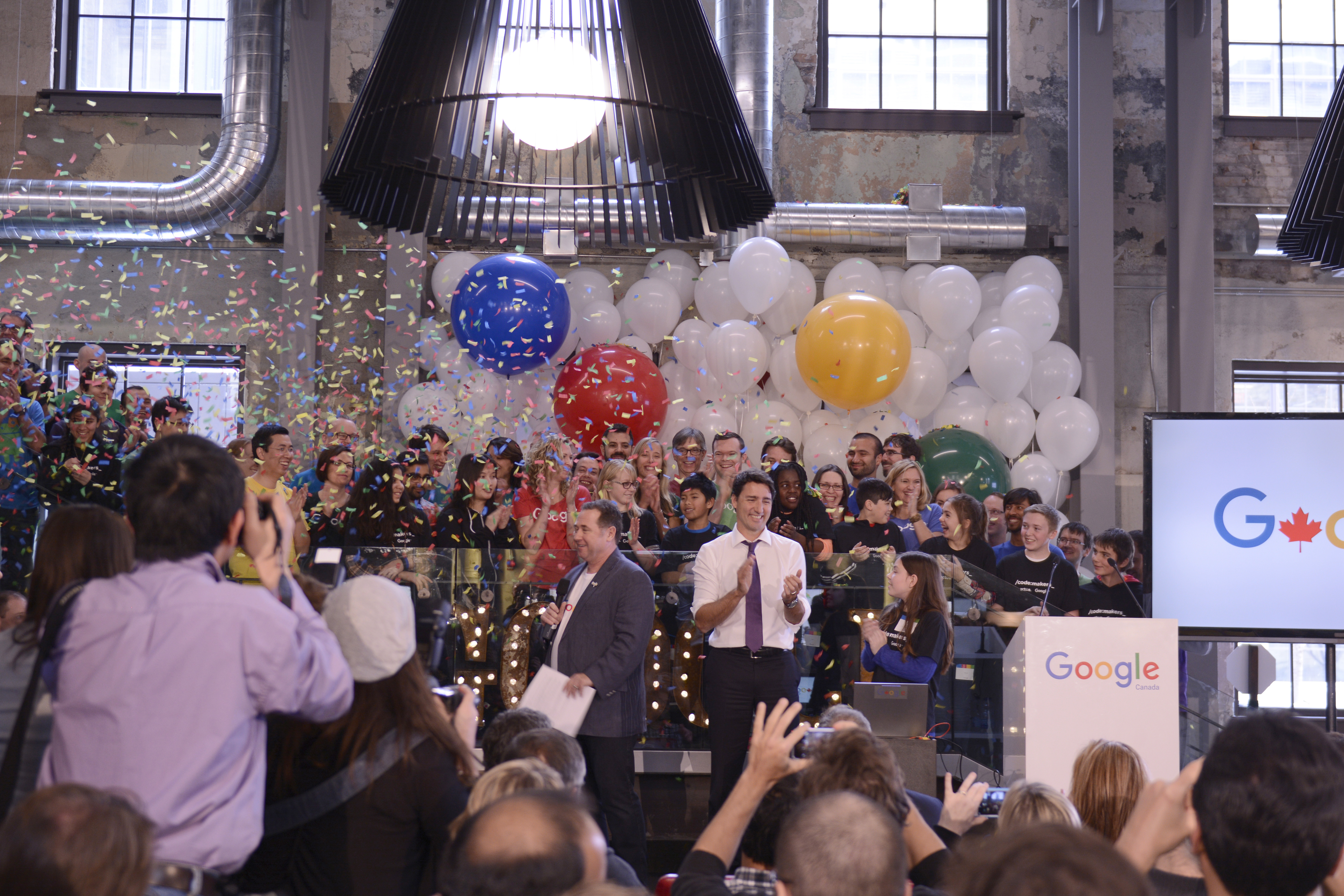 Google unveiled its 185,000 square-foot building on January 14. Now home to over 350 engineers, the building works to promote environmentally-friendly and healthy choices such as a bike locker, group fitness space and a rock climbing wall.

Additional and expected “fun” aspects about a Google office were also included such as a meditation room, “Maker’s Lab,” games room and a ping pong table.

Prime Minister Justin Trudeau attended the event and was taught how to make a “3D selfie” by junior engineers from Kitchener-Waterloo.

Google’s move isn’t complete as it is currently working on its second and third phases before its total relocation to Breithaupt Street. When everything is settled, Google aims to have 900 employees in the Waterloo Region.

Rod Reiger, executive director of economic development, said the expansion is appropriate as University of Waterloo is one of the top sources of recruitment for Google. In addition, as the technology industry continues to grow in Waterloo, it increases the Region’s competitive advantage.

“This is a very competitive environment in which to write code, do engineering, to work on cool and important projects. The cost framework is a lot more competitive here,” he said.

This large investment in the Region is also related to the importance of the local ecosystem while being immersed and a part of the start-up community.

As for the expansion’s impact on the downtown core, Reiger mentioned three important aspects relating to its importance: location, global leadership and the quality of development.

He said the most important thing is that the building is currently located at the intersection of the future light rail transit and the multi-modal station. This is imperative as Google recruits talent out of Toronto, where they also have an office located in downtown Toronto making commutes easier.

“They are like our anchor tenant in the mall, like every successful shopping mall is going to have big anchor retailers, and Google’s one of our big anchor tenants. This is the place to be doing the stuff we do.”

As for the City of Kitchener working to be a diversified area and not a single-industry tech city, Reiger said the city is extremely well positioned with the expansion, as it strengthens other industries making the city a competitive place in the global market.