Thoughts on presenting to the Special Advisory Committee for statues project 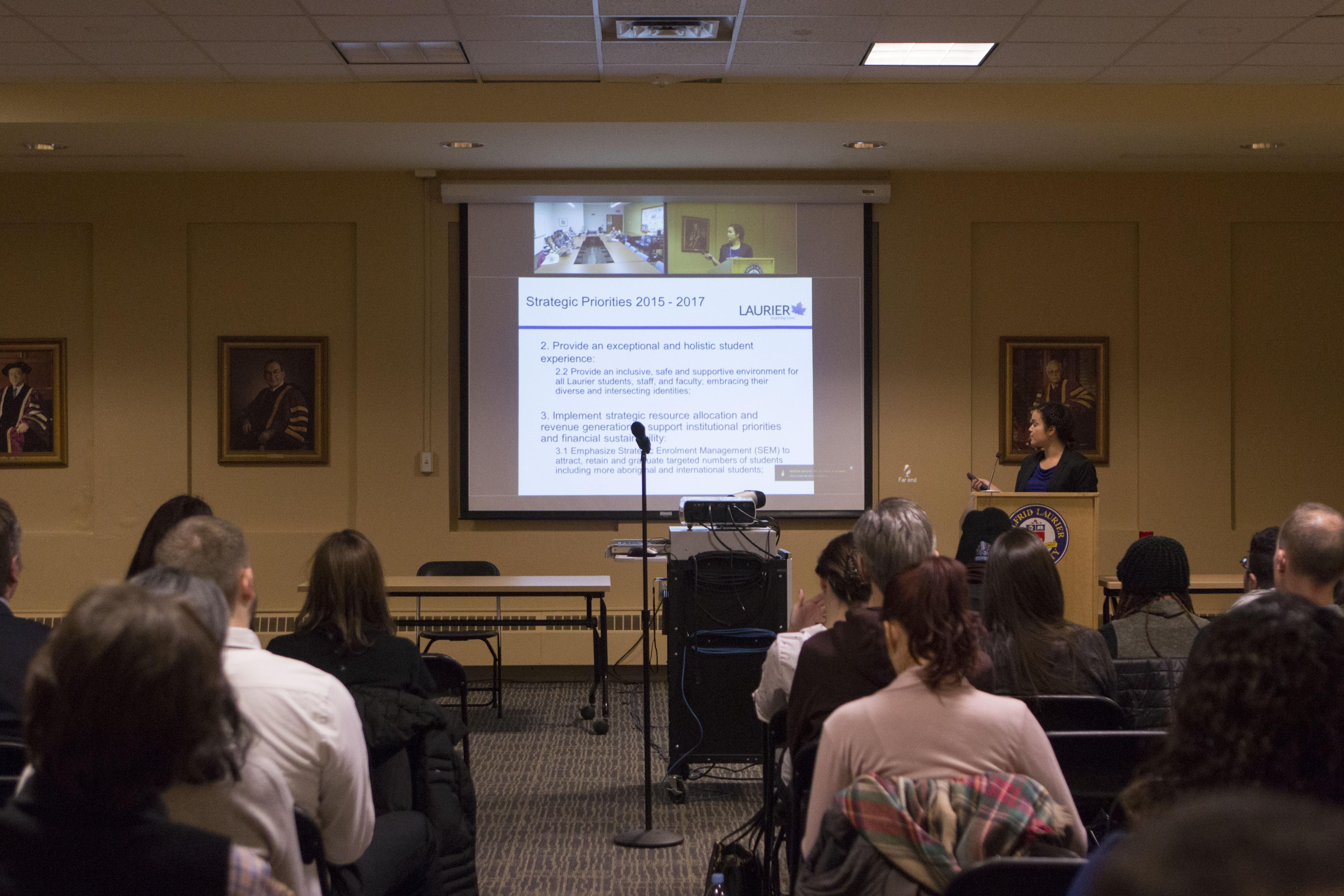 Last week, I was given the opportunity to present to the Wilfrid Laurier University Special Advisory Committee regarding how this university, if at all, will move forward with the statue project that involves erecting 22 statues, one of each prime minister.

There have been numerous discussions about this project between Senate and the board of governors, but this was an opportunity for those less involved in the inner workings of the university to come and present their opinions.

To give some background, over the course of seven months, a petition to cancel this project has garnered around 1,300 signatures, while my counter-petition, in half the time, garnered over 900.

Looking at the speakers list at this committee, and seeing who sat in the audience, showed me exactly what I was in for.

Most alarmingly, the strong majority of the people there were Laurier faculty members, showing that opposition to this project isn’t really stemming from students, but instead from staff.

Looking back at this committee, I genuinely wish I had filmed it in its entirety, because what I heard coming from the opposition to this project was depressing.

I want to detail in these words the oppositions “highlights,” or as I would call them, “bloopers.”

Apart from some of our professors’ grunting, growling and jeering when I spoke, which I found incredibly unprofessional, the arguments being made were much worse.

One of the main arguments put forward is that aboriginal students will see statues of past prime minsters, which would result in micro-aggressions, causing students to be stressed and even stop going to class.

That’s right. $4,000 of tuition down the drain because apparently these statues would be that horrific.

When I confronted these claims by stating the obvious — that our school is named after a racist prime minister and we’ve had a statue of him for a few years now — my argument was side-stepped repeatedly. But that’s not even the worst of it.

We had one speaker who actually made the argument these statues will lead to an “increased rate of sexual assaults on campus.”

I’m not making this up.

Apparently, these statues will cause Laurier students to think so negatively about aboriginal students that sexual assault against them would become commonplace.

Of course, no statistics were shown to back this up, but the fact that Laurier staff still applauded speaks volumes.

But two of the most telling moments came from when I presented to the committee.

After I spoke, I was asked a multitude of questions, and they ranged from silly to flat-out revolting.

A student from the Brantford campus conferenced in to ask me, “Why do you care about colonialism if it doesn’t involve ‘your people?’” He actually asked this.

The fact that we have members of the Laurier community who think along the lines of “your people” and “my people” demonstrates the terrible repercussions stemming from identity politics.

However, something else happened which I think is important for every Laurier student to know.

Our Wilfrid Laurier University Students’ Union president, Olivia Matthews, stood up after my presentation and listed four things I argued which were apparently “not true” or “misleading.”

She then asked a question, without letting me respond to her earlier criticisms. But compare that to what happened next.

A student from Brantford presented against these statues and Matthews stood up, not to criticize anything, but to ask the softest of softball questions: “How do you think we should move forward?”

I almost fell off my chair.

She chose to side with the faculty, and the handful of offended students, as opposed to the mountain of supporters that come from the student body itself.

I was a member of the board of directors at the Students’ Union last year, and there is no group of people more committed to representing the students.

It was just troubling to see the person who should be standing up for us buckling under the pressure of a few.

As of writing this, I don’t know what will become of the project, and I’m not entirely sure when a decision will be made.

If I had one last message to the committee, it would be that despite those who are making a fuss today, if these statues were erected in a year’s time, no one would be offended anymore.

It would blow over and Laurier students would get to enjoy a kick-ass portrayal of our history.