For the love of newspapers

My fascination with newspapers began many years ago. I remember my father sitting in the only “easy chair” in our living room, his entire being buried behind the Rochester Post-Bulletin: our daily newspaper.

For me, a young boy, reading newspapers was such a grown-up thing to do. But every Sunday, after church, as an Iowan, my father bought the Des Moines Sunday Register and my brother and I would spread our gangly selves on the living room floor and digest every piece in the “Peach section” (sports section) of that great paper.

And as one whose intellectual survival critically depends on the print media, daily I read The Record, The Globe and Mail, The New York Times and Wilfrid Laurier University’s student newspaper, The Cord.

For many reasons, I love newspapers and it was always so. While studying at the University of London’s Institute of Psychiatry, I would take the Northern Line to the Institute reading The Times of London (pre-Rupert Murdoch) and on the ride home, I would read the Manchester Guardian. I do remember on occasion, when “skinheads” invaded the Underground and would physically hassle those reading the Guardian, thought to be too far to the left for those on the “fascist right.”

Immediately following the “Velvet Revolution,” while on a teaching sabbatical at Charles University in Prague, my wife and I survived the newsprint fast, with the International Herald Tribune and The Economist, both of which were available.

When I was growing up, we were all able to purchase a daily newspaper; they were not that expensive and buying a newspaper was an essential democratic experience.

The pages of our newspapers reveal the comedic and the catastrophic, a wide open door to our many dreams and our hopes, reflecting our collective idealism.

Over the 80+ years of reading newspapers, I have been somewhat dismayed by changes. There seems to be less depth of coverage and more focus on the superficial contours of life. One example might be the current state of New York Times Magazine Section. Leon Wieseltier (The New Republic) writes that the magazine section of this great newspaper “has no dissent and no seriousness, hence no ideology. It is merely ‘interior design’ … more happy to talk about itself.”

Yet there are reasons to worry about our newspapers. In a speech about “What Will Become of Newspapers?” delivered to the American Society of Newspaper Editors, John S. Carroll, former editor of the Lost Angeles Times said, “We have seen a narrowing of the purpose of the newspaper in the eyes of its owners. Under the old local owners, a newspaper’s capacity for making money was a small part of its value. Gone is the notion that a newspaper should lead, that it has an obligation to its community … that it is beholden to the public.”

And at a conference hosted by Harvard’s Shorenstein Center on the Press, Politics and Public Policy, speakers repeatedly referred to journalism as a “calling rather than merely a job.” Journalists are “guardians of democracy — interpreters between society and knowledge.”

You may remember that famous quote from Thomas Jefferson: “Were it left to me to decide whether we should have a government without newspapers or newspapers without government, I should not hesitate a moment to prefer the latter.”

My family also appreciated what few magazines came to our home during those dark days of the Great Depression. And while a young boy, I wore a little magazine bag and went door to door selling both The Saturday Evening Post (often graced with Norman Rockwell illustrations) and The Ladies Home Journal. I think the price of The Post was 10 cents and The Journal may have been 15 cents. As well, my brother and I had the obligatory newspaper routes.

A devoted newspaper reader, when my father came home from his high school classroom, he would hunt for the afternoon paper. If it had not arrived, he would “stew” (my mother’s term) until the newsboy gracefully sailed the newspaper onto our front porch. What Marshall McLuhan said about newspapers was true of my father.

McLuhan said, “People don’t actually read newspapers. They rather get into them every morning (or evening) like a hot bath.”

The memories of my father remain fresh and I feel them all over again, reading the  newspapers today.

The smell of newsprint and the audible wrinkle of the pages are all combined in the warm nostalgia of days past. Surely, I hope they may go on forever! 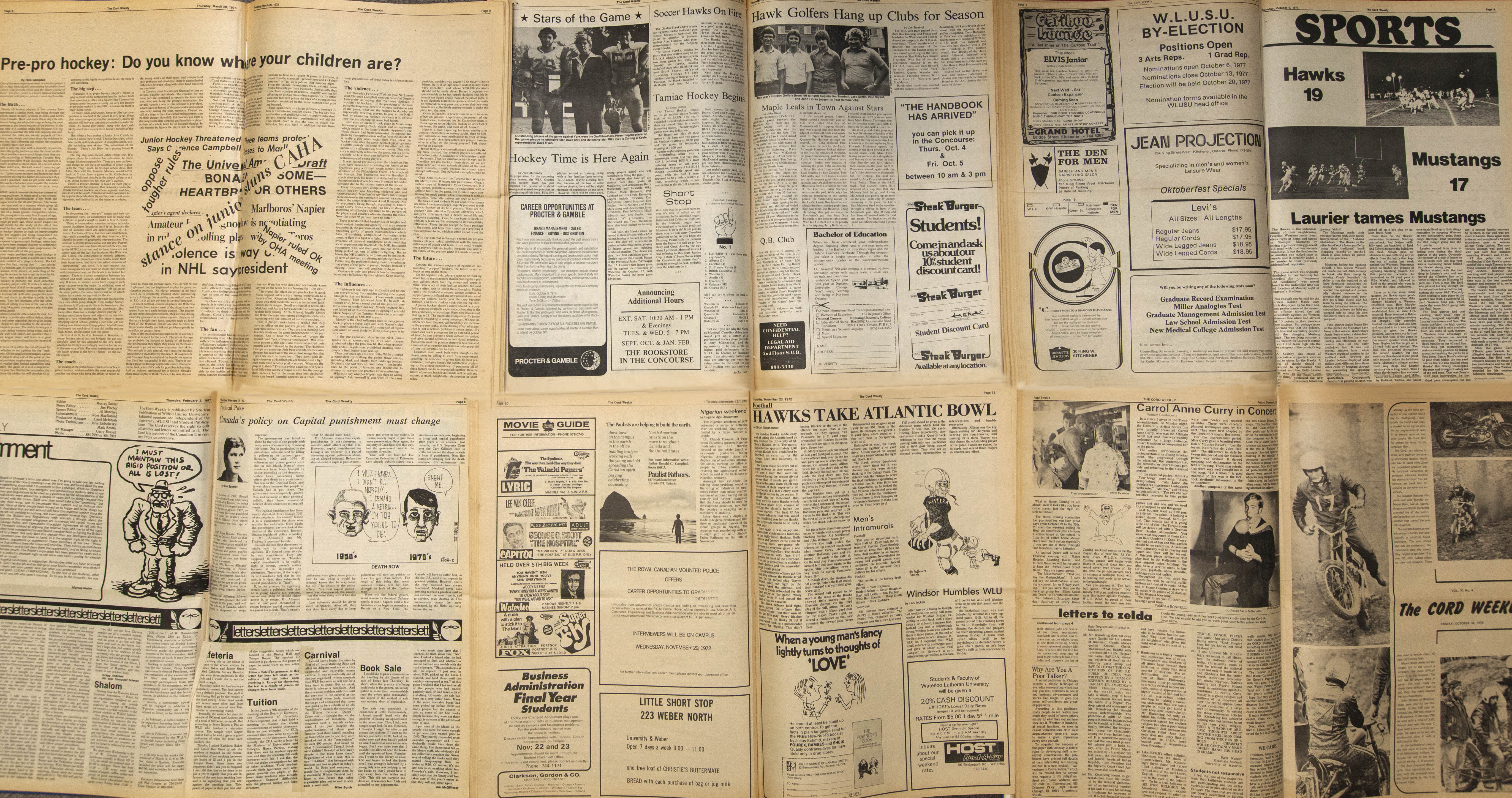