Emotional complexity is based on focus, according to University of Waterloo research paper 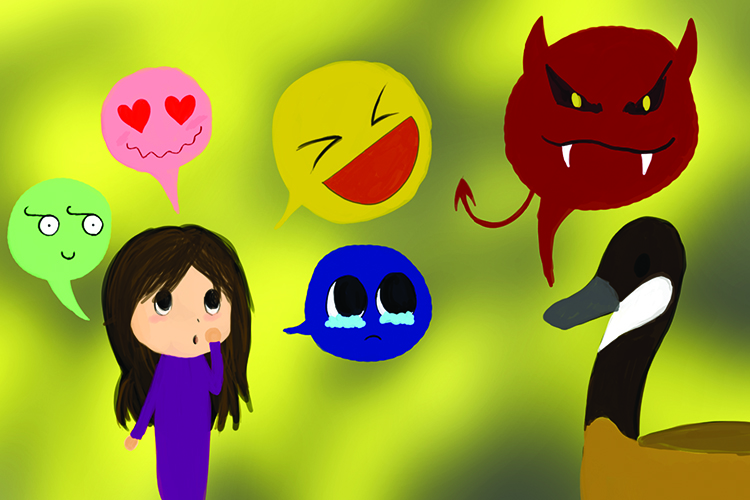 People who are able to differentiate their mixed emotions tend to be more emotionally sophisticated and in-depth, according to a research paper conducted at the University of Waterloo.

Igor Grossmann, assistant professor in the department of psychology at the University of Waterloo and lead author of the paper, along with his colleagues, wondered what it meant to have “mixed feelings.” Is it a sign of indecision or a “complex” representation of one’s emotional experience?

Grossmann said quite often, mixed feelings are thought of as indecision, which is just a western and self-focused way of thinking. The research was centred around whether emotions are really up to the individual and are an innate experience, or if it is attuned to one’s social environment.

The project involved a set of studies — text-analysis and other studies focused on the way individuals would report their emotions, if they were able to differentiate mixed feelings and how they reported on positive and negative experiences.

In surveying different cultures and countries, the research revealed that self-oriented cultures — Canada, United States and Australia — were less emotionally complex in comparison to other-oriented cultures such as Japan, Singapore, Russia and India, for example.

Other theories were considered when testing for emotional complexity, such as the innate nature of emotions or if it is influenced by cultural or religious differences.

However by testing a range of countries, researchers were able to come to the conclusion that emotional complexity and signs of mixed emotions come from social relations and one’s connection to their social environment.

Grossmann indicated that with emotions, there is a spectrum from black to white. Emotional sophistication refers to the ability to differentiate a variety of emotions rather than seeing experiences as black or white. It also refers to being able to understand how the situation matches the emotional experience.

If one is unable to differentiate the negative emotions, they tend to suffer from emotional regulation problems.

According to Grossmann, these individuals tend to be clinically depressed.

The ability to differentiate allows individuals to have an emotionally rich and balanced life.

“Not everything you do is because of a certain belief system and even if it is, it has to come from some sort of psychological reality. It is one thing to believe in yin and yang, but there is another thing that manifests itself on the level of individual psychology,” Grossmann said.

The two main points from the study Grossmann performed were that mixed feelings are not a sign of indecision, but rather those who show mixed feelings have a greater ability to differentiate their emotions.

Also, there are systematic differences in how people report mixed feelings, but they have nothing to do with belief systems.

“The driving force here seems to be the point of self-focus. The less you focus on the self and the more you focus on the environment, the more it seems you will be able to differentiate, and also report a multitude of different experiences,” said Grossmann.