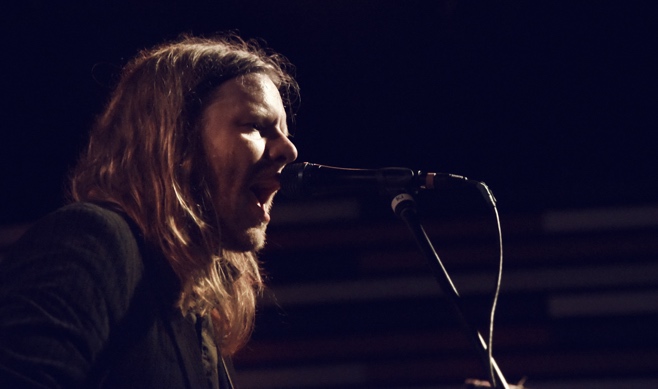 When he’s not selling out venues or polishing his Grammy, you’ll find Guelph-native Tim Kingsbury working on his new project, Sam Patch.

The bassist, guitarist and backup singer — among other things — for the acclaimed Arcade Fire is eager to share his new solo venture with a tour of southern Ontario, which includes a stop in Waterloo at Starlight on December 15.

Although this isn’t his first time fronting a band, Kingsbury said he has come into this new project with improved recording skills and instrumentation. Kingsbury wrote a handful of songs during the recent Arcade Fire tour and upon returning began to flesh out the project. With a drum machine, nylon-string guitar and box organ in hand, Kingsbury began to solidify the vision and feel for Sam Patch.

“It was very much a loner project for a while, finding sounds and creating patterns and loops, and out of that I culled different parts for different songs,” Kingsbury said.

With an expanding sound, Kingsbury rounded up an ensemble including Arcade Fire drummer, Jeremy Gara, and began to tour the material. He noted early shows recalled Harry Nilsson mixed with Fleetwood Mac and a touch of Devo, given newly integrated electronic elements. Rhythmically, Sam Patch retains a straightforward rock structure, but with a certain “synthesis and atmosphere.”

The world has yet to hear a studio recording from Sam Patch, but Kingsbury affirmed material is on its way.

“I’m going to say within the next — not too long from now, I don’t want to commit to anything,” said Kingsbury in regards to Sam Patch’s first single’s release date.

“I don’t want to put that kind of pressure on myself.”

With rumours of a new record from Arcade Fire, Kingsbury holds that he hopes to maintain focus while balancing both projects.

After all, “Arcade Fire is a slow moving beast.”