The best summer films to help you unwind 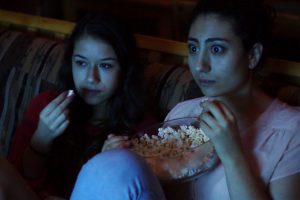 Have you ever found part of your summer to be lacking? Is work sucking too much out of your life? Have you tried film? It’s an excellent – albeit temporary – escape from the responsibilities of work or school.

With classes less frequent, and the weather becoming too hot, spend your next free evening with some of the following recommendations.

Tis the season for massive blockbusters. The new Pirates of the Caribbean film is part of the summer trend of films big on visual spectacle. This latest installment in the popular franchise features both reoccurring and new faces, which adds a level of freshness to the 14-year-old franchise. The film revolves around a force from Jack Sparrow’s past that has returned to haunt him and threaten his entire world. The fun and comedic atmosphere of the rest of the series is present here but further invigorated by new additions in the cast and lore of the world. It is by no means a perfect film but it fits the category of blockbuster nicely.

To me, no other film more perfectly encompasses the ritual events that surround the end of a school year. This film follows a large group of people on the last day of school; some are leaving and some entering the scary world of high school. The film’s ability to stay relevant after being around for more than two decades is a testament to its strength. The feelings explored and shown here are timeless; what was once new is old and the cycle of time continues. This – coupled with a cast that included soon-to-be stars like Matthew McConaughey and Ben Affleck – makes the film a summer go to. Never mind the near-perfect playlist of classic rock songs that makes up the soundtrack.

Perhaps the strangest film on this list, House’s almost indescribable plot is the perfect blend of comedy and horror. At its most basic form it is about a group of school girls that travel to an old house and slowly get killed off. This does not even begin to describe the hallucinogenic and surreal events in the film. Why is it so fitting for summer? Because it is made to be enjoyed in a social setting, specifically with a group of open-minded acquaintances. Nothing makes man eating pianos more enjoyable than being able to laugh and cringe with your friends.

What on earth is a winter movie doing on a list about summer movies? Well, if you’re like me and you dislike warm weather, watching something set in winter is a wonderful break. The film centers on a group of Jamaican men who want to start their countries first bobsledding team. A strange effect of watching this film is that it feels like you are genuinely cooling off while taking in the winter setting. The film is a genuinely touching and funny experience, perfect for watching with family members. This is one of Disney’s lesser-known films, which is a shame considering how heartwarming and enjoyable it is.

Do you like getting spooked? This cult-classic film still manages to scare viewers. In it, three amateur filmmakers head into the woods in Maryland in order to research the legend of the Blair Witch. However, things go from bad to worse quickly and the trio feel like they may not be alone.  For me, it’s the utilization of the natural settings that make this a great summer film. This – in combination with the tense atmosphere developed by the handheld camera style – creates a suspenseful and terrifying film that is perfect to enjoy on a summer night.

While summer is the time most of us are working or catching up on classes, we all still need those lazy days or nights. So, whether it’s just a way to pass the time while you’re waiting for your sunburn to heal, or you need a night off, don’t be afraid to sit back and enjoy yourself. You’ve earned it.