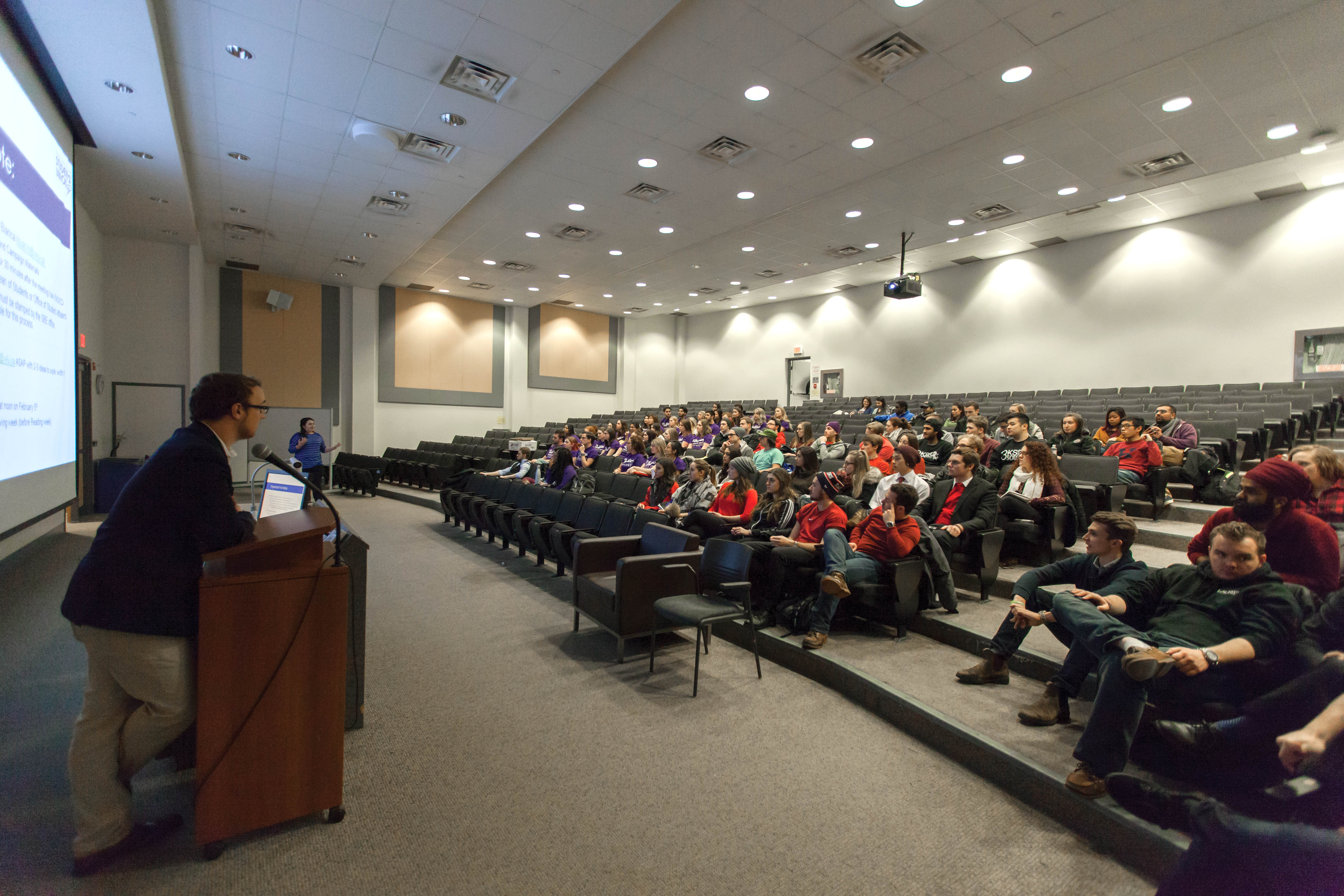 The presidential candidates, along with those running for the board of directors, Senate and board of governors, were present for the meeting to learn the rules and regulations of the elections over the next two weeks.

At 11:08 p.m., candidates were allowed to start campaigning around the university and on social media. Campaigning will resume throughout the time frame until 30 minutes before polls open on February 3.

“I’m really glad to see the 20 people for board just because we’ve never seen a ratio for that position for that much in the past,” said Colin Aitchison, chair of the board of directors and CGO.

Bianca Anderson, assistant chief returning officer, believes the large candidate turnout was due in part to the need for change.

“Because there are only three returning candidates for board of directors, I think it’s going to be close to an entirely new board. I mean with three, even if they all get on, it’s going to be a huge change,” said Anderson.

Students will be able to familiarize themselves with two presidential candidates during the election period — Tyler Murdock, a kinesiology student on the Waterloo campus and Tyler Van Herzele, a concurrent education student on the Brantford campus.

“Seeing the student body getting engaged, with so many candidates for board of directors, and all these other positions that haven’t seen this much attention in the past. It’s going to be amazing to get the voter turnout,” said Van Herzele.

“I’ve worked really hard over my university career to kind of get involved in stuff I believe in so now doing something that’s out of my reach in a sense is kind of nervewracking,” said Murdock.

Five female candidates are also running for the board of directors, an increase from one candidate in the previous election.
Three acclaimed candidates for Senate were also announced during the meeting — Tarique Plummer, Mynt Marsellus and Matt DeSumma.

“My main goal was to make sure no positions were acclaimed; unfortunately that didn’t end up happening, with the Senate, which is okay. Those are the hardest ones to get candidates out for,” Anderson explained. “We thought that there was going to be more candidates, just based off of who came out to the info sessions, unfortunately it didn’t pan out that way, but hopefully some more candidates get involved in that way.”

“I’m disappointed in the lack of turnout for the Senate, but you can’t win them all,” said Aitchison.

The main events of the election period will include two open forums, with Brantford’s taking place on January 28 and Waterloo’s running on February 1. Polls open on February 3 and 4.