Who’s got the best campaign?

Between social media, colours, slogans, websites and boothing, which candidate has built the strongest brand? 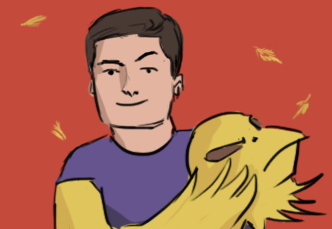 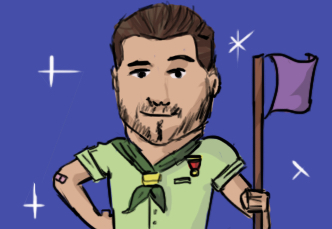 First impressions are everything.

Election season is well under way at Wilfrid Laurier University and the candidates have had a week to flaunt their nice, shiny platforms — but that’s just one piece to a much bigger puzzle. At the end of the day, the winning candidate will largely credit their campaign team for success. So, out of the two presidential candidates, who’s got the stuff?

Right off the bat, many will notice that the competing colours this year are the same as two of last year’s candidates; Tyler Van Herzele’s purple echoes current president Olivia Matthews while Tyler Murdock’s red is the same as candidate Frank Cirinna.

For the sole purpose of sticking out amongst a sea of Laurier propaganda, Murdock appears to have the upper hand.

Sean Nishimura, the co-campaign manager for Murdock’s campaign, said they chose the colour, as it reflects Murdock’s core values.

“In using the colour red, simultaneously with warmth, you think of love and caring and compassion,” said Nishimura.

Van Herzele’s choice of purple projects a sense of Laurier patriotism. It’s a safe choice and it may work in his favour given its association with Matthews.

“Purple is a very approachable, welcoming and warm colour where I feel like other colours are a bit more aggressive,” said Nicole Dilliott, Tyler Van Herzele’s campaign manager.

Arguably the most important facet of a campaign. Boothing is the opportunity to put in some genuine face time with potential supporters.

Both Van Herzele and Murdock have done a solid job engaging with students at their booths — where the difference lies is in their design.

Van Herzele went big, with a nice projection screen to display their promotional video or to video chat with their team on the opposite campus. People also had a chance to interact with Van Herzele’s rope prop, which signifies his desire to tie the campuses together.

Murdock’s camp went for a simpler booth, with the expected posters and platforms available for voters to interact with. Murdock’s booth stands apart with their “blitz” strategy, where Murdock-clad campaigners disperse across campus, committing good deeds or handing out bookmarks to give positive reinforcement to Murdock’s name.

A campaign website is the perfect platform to reflect branding with a vibrancy that social media cannot achieve.

Van Herzele’s site is solid, with high-resolution visuals and an intuitive user interface. Visitors will have little issue finding his platform and reading about the multiple facets of his campaign. The site also integrates multimedia elements in a less-than-sexy fashion, but it is still enough to come away with a positive impression.

Murdock’s effort is respectable with a nice, big visual main page, but navigating to his platform felt insignificant, largely attributed to the use of Squarespace as the platform.

It also appears Murdock’s team used a potato of a camera for the website promo pictures, as his face blurs to jagged pixels on even a modestly sized screen. Additionally, Murdock’s site fails to reflect the branding of his campaign, leading to a disjointed experience.

The embodiment of a campaign in a sentence — or two.

Van Herzele brought his pun A-game with “Let’s TY it together,” echoing his desire to strengthen bonds between the Waterloo and Brantford campuses. It’s a corny twist, but it really makes Van Herzele a memorable candidate.

Murdock went a safer route with “Your voice. Your experience.” which emphasizes Murdock’s dedication to giving Laurier students a voice. Sadly, the effort marks a missed opportunity to stand out.

As much as Laurier students appreciate transparency and democracy, these are nearly expected facets of all Students’ Union campaigns.

Both candidates have strewn themselves across Facebook newsfeeds. Murdock has shown more activity on his Facebook page with constant photos, but Van Herzele counters this with a greater diversity of platforms, including Twitter and Snapchat. Murdock also has a Twitter page, but the effort appears abandoned.

Much of Murdock’s activity relays back to his slogan, “Your voice. Your experience.” where students are photographed sharing what their “voice will be heard for.”

“With our social media channels, we’ve been trying to use our hashtag, #PaintItRed to cover people’s [Facebook] news feeds with the colour red, using the profile picture and the cover photo,” Nishimura said.

The #PaintItRed has instilled a sense of ubiquity that Van Herzele’s campaign hasn’t quite reached with his campaign.

However, Van Herzele has put a greater emphasis on having his own voice heard across platforms by hosting a Q&A on Snapchat called “Prezent Questions.” The reach to new voters is questionable, but the intro video for the Q&A gives the Laurier audience the opportunity to familiarize themselves with Van Herzele’s demeanor and personality without having to attend a booth. Additionally, Van Herzele’s “Tying it together” promotional video was shared 41 times on Facebook — the most between the two campaign pages.

“Almost 9,000 people it reached on Facebook, with lots of comments, likes and shares,” said Dilliott.

With two wins for each party and a draw, it remains unclear who has the upper hand. Van Herzele will continue to draw a strong following through his compelling website, while Murdock’s vigorous boothing tactics will challenge these efforts.