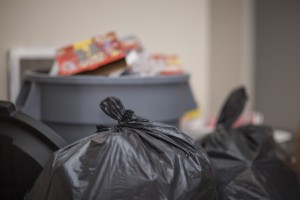 The Region of Waterloo has been ranked among the top 20 municipalities in Ontario for waste diversion.

Waterloo Region was ranked 16th in the province by Waste Diversion Ontario after successfully diverting 52.5 per cent of residential waste away from landfills in 2012.

Cari Rastas Howard, project manager for waste management programs at the Region of Waterloo, was pleased by the results. However, she noted that Waterloo actually ranks even higher for waste diversion among similar-sized municipalities.

“If we compare ourselves to our WDO list of similar-sized municipalities, we’re actually third of six and the bottom three of our similar sized municipalities did not even make the top 20,” she shared. “So we’re really happy with our ranking.”

Waste Diversion Ontario is a provincial not-for-profit organization that provides oversight for the development, implementation and operation of waste diversion programs from the ministry of the environment.Guelph came in at first place, diverting 67.7 per cent of waste. Municipalities are scored according to the percentage of blue box and other residential waste that is kept out of landfills. Municipalities across the province report to WDO.

The overall diversion rate for the province in 2012 was about 47 per cent.

Howard explained that the Region does not have a set goal in terms of waste diversion.

“There are a couple of reasons for that,” she said. “It’s hard to quantify all of the diversion that takes place in Waterloo Region.”

There are certain formats of waste diversion that the Region does not have control over, such as recycling, and bottle returns.
“The other reasons we have not set a hard target [is that] things are done by weight in waste management and it doesn’t necessarily reflect how much space we’ve actually successfully saved in our landfill,” she added.

“It’s more about what we’re managing to divert from our landfill than an actual number.”

Michael Scott, chief executive officer at WDO, was also pleased by the results of Ontario’s municipalities, noting that Waterloo actually exceeded the overall provincial rate of 47.1 per cent.

“Municipalities in the province are achieving good results,” said Scott. “The top 20 give a picture of where the best results are being achieved in the province.”
Scott believes there remains significant room for improvement across the province.

“We’re making some progress,” Scott said, “but not as much as some people would like. Our diversion rates still need to continue to go up.”

Howard was appreciative of the efforts of the community to curb the environmental impact of waste.