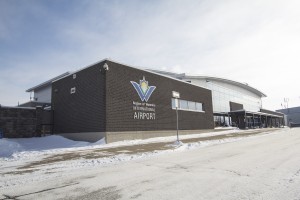 In the next 20 years, the Region of Waterloo International Airport could see major changes.

With a new master plan, the Waterloo airport has the potential to put anywhere from $5 million to over $100 million into its facilities and services.

The master plan, which provides a set of recommendations for future airport development, allows the region to invest money to accommodate the citizens of the area. According to a regional report on the master plan, there are four potential options.

The status quo would allow the airport to remain as it is, but improve the condition of the terminals and runways. The high-growth option, which is the highest possible option, could see the airport become a feeder to Pearson Airport in Toronto.

According to Chris Wood, general manager of the Waterloo airport, nothing is set for how much the project will cost. “We’re just really trying to figure out what we want to do with the airport for the next 20 years,” he said. “A couple of the options are to grow and expand and one of the options is to stay the same.”

The decision for what will happen to the airport will come from the regional council and consultation with the general public in the Region of Waterloo. A public consultation was held at the Waterloo Region Museum last Thursday.

Sean Strickland, a councillor for the Region of Waterloo, said that the investment looks at a number of issues, including noise around the area in Breslau.

“Actually, if we expand the airport, it will be less noisy because it means we’ll be able to extend the runways and the flights will be able to fly higher, longer,” Strickland said. “[This] would decrease the noise level for the neighbours,” Strickland explained.

Additionally, Strickland said that the airport currently has a subsidy of over $6 million for taxpayers in the Region of Waterloo. He also said that the citizens and the council need to decide if they want to continue to pay into it for the next 20 years.

“The [current] status quo option is costing taxpayers six million bucks a year. It runs a taxpayers subsidy of $6 million a year and you have airports in London, Ontario and Hamilton, which generate net revenue back into the municipality.”

“So, from my perspective, we need to look at how much does it cost to run the airport and how much is the public willing to continue to subsidize it?” he added.
On Feb. 6, regional councilors presented the four options to the public at an information session. However, Wood emphasized that a decision on what to do with the airport has not been reached and that the region is still in the planning phase. “We’re just trying to come up with a plan of what potentially to do with the airport,” Wood said. “No decision has been made, so there are no expansion plans.”

However, Strickland shared that he believes the airport should be invested in to grow the economy in the region.

“I think we should grow the airport,” he said. “It’s a great asset and a great economic development tool. We should grow it and operate it on a break-even basis. There’s no reason to be subsidizing it for $6 million a year.”
Strickland said the council is hoping to have a decision in April or May of this year, but no timeline has been given for when development could begin if a larger plan is chosen.

“It’s complex,” Strickland warned. “… There are lots of different variables for the public to consider and ultimately for the council to weigh in on when we make our final decision.”