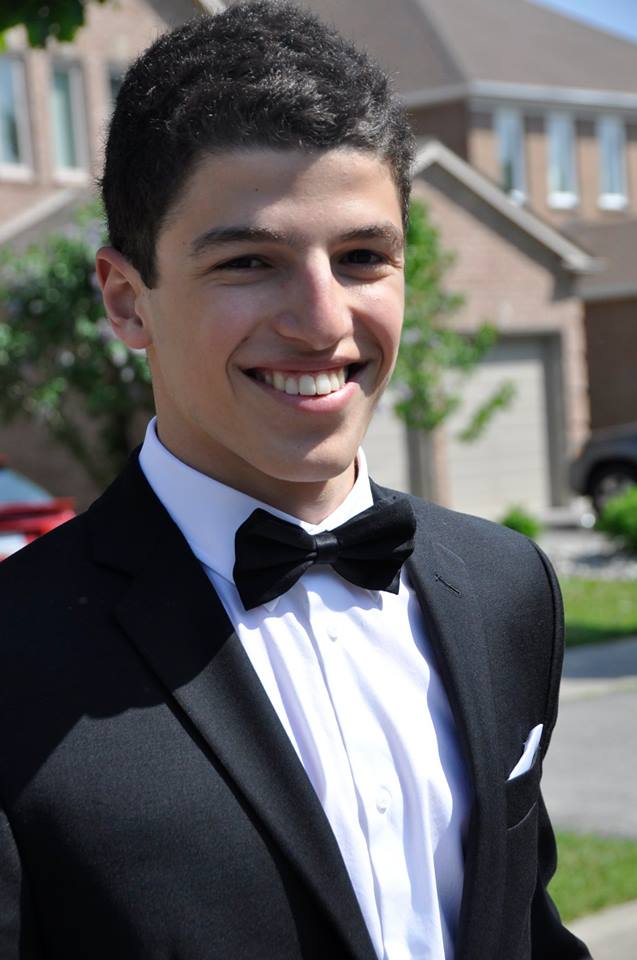 Gabriel “Gaby” Barsky, a third-year computer science student at the University of Waterloo, passed on the morning of December 2 while on his way to work at his co-op position at Athos in Redwood City, California.*

Barsky was close to completing his second co-op term at Athos, a company started by a UW alum, which works to provide smart clothing aiming to improve athletic performance. At Athos, he was working on an app for iPhone users.

Barsky’s intelligence transcended in many ways.

He was awarded the President’s Scholarship, an entrance scholarship, having earned an average over 90 per cent. He was also a part of the Social Capital Fellows program, in which top engineering students are paired with innovative start-ups — Athos being one of them.

Barsky also spent one of his co-op terms at BlackBerry as a systems software developer and worked on a couple of tech projects on the side.

Aside from his academic excellence, Barsky also had a plethora of interests and was deeply involved with the Jewish community in Waterloo.

Barsky held a position on the board of directors of Alpha Epsilon Pi , a Jewish fraternity in Waterloo. Daniel Gottfried, president of APEI, said Barsky was a huge influence on the entire frat.

“He was the direct link between the brotherhood and the executive board. He solves all their problems, lets them know about any events, rallies them up and gets them going,” said Gottfried.

He added that with this tragic loss, he has seen nothing but “immense brotherhood” with the fraternity.

“They acknowledge that he [Barsky] was a huge part of the frat and there’s this huge, loving and brotherly aura in our frat right now, which sadly came from something horrible,” he said.

APEI has been gathering a few ideas on how they will continue to honour their brother and to make his memory live on.

Rabbi Moshe Goldman, Jewish chaplain for the University of Waterloo and Wilfrid Laurier University, is also deeply involved with the frat, providing spiritual guidance in times of need. He held a memorial gathering at the Chabad the night of December 3. He said Barsky was a “very rare breed and a really unique guy.”

“[He was] a really smart computer nerd, but such a cool down to earth guy who loved to party and loved to have fun and was up for any kind of adventure,” he said.

He relates this tragic time to a belief in Judaism, saying that every life contains a purpose.

While most people take an entire lifetime to fulfill this purpose, powerful souls like Barsky’s accomplish so much more in a shorter amount of time.

“This is a person who, no matter what their life’s mission was … he didn’t need 75 years. He was so incredible and so special that they got the job done in 20 years,” said Goldman.

When you get the job done, you report back to base and that’s it. Mission complete.”

*This article has been changed from its original version*