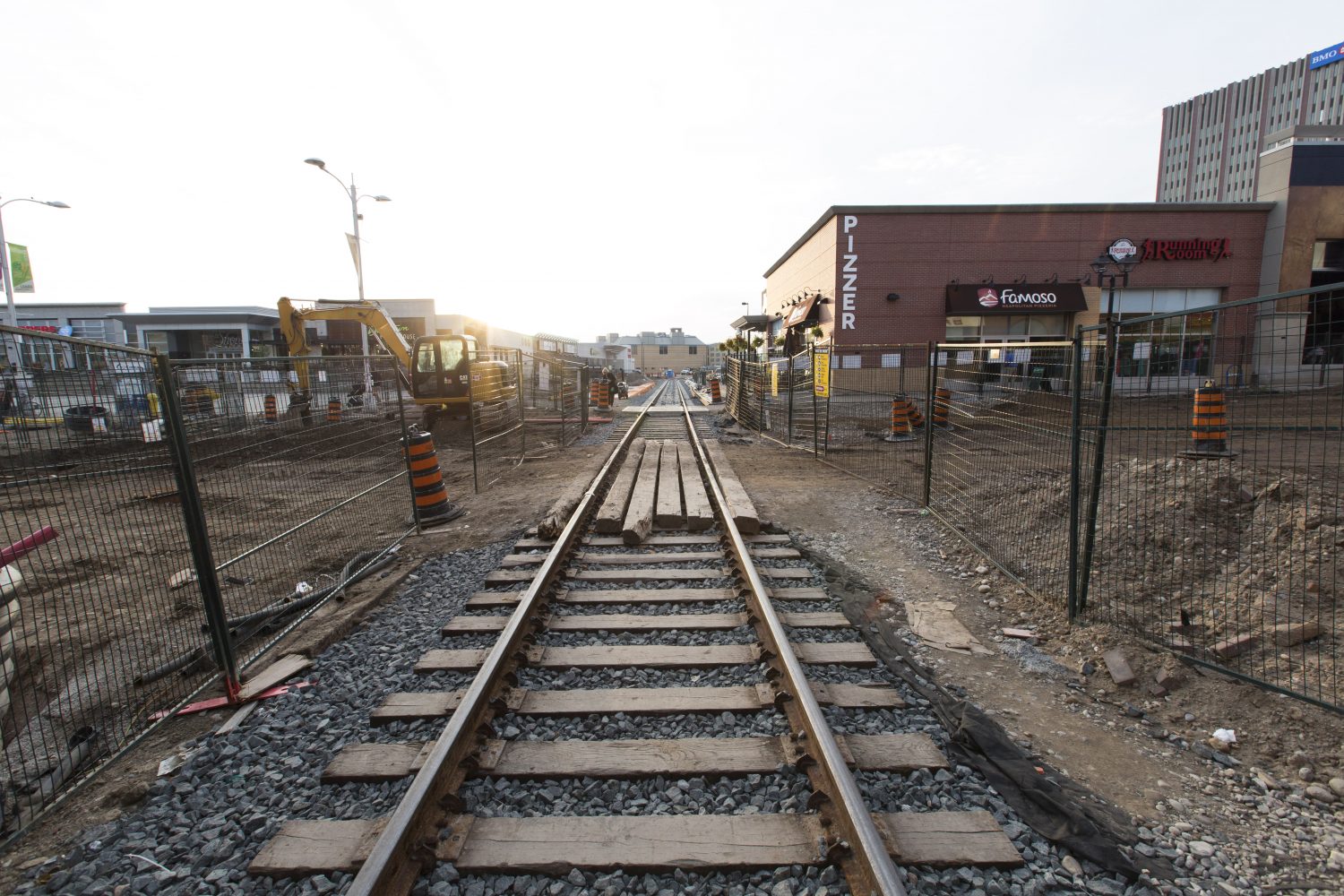 Uptown Waterloo has been under construction for the LRT since September 2014. King Street, the main street running through uptown, has now been under construction and closed to traffic since February 2016. Despite many re-openings around uptown Waterloo, such as the intersection of Erb Street and Caroline Street, which reopened this past September, and King Street from Union Street to William Street which also reopened, construction continues to impact businesses in the area.

“It’s a really long project. It’s not just a couple of months of road construction and then everything’s back to normal. It’ll take us a while to repair and rebuild after this,” said Michelle Maw, public relations and community liaison at Uptown Waterloo Business Improvement Area.

The official timeline which GrandLinq recently released said that uptown Waterloo will re-open to two-way traffic by the end of November.

“There isn’t an exact date, but before the end of November people will be able to drive which is important, though there will still be some construction ongoing,” said Maw. Uptown is a prime economic district in Waterloo. With over 480 businesses in the BIA area, almost all of these places have seen an impact as a result of the construction.

Fortunately, the vast majority of businesses in uptown Waterloo are destination businesses. Many individuals make their way uptown for specific purposes, especially for the restaurants and nightlife that exist in the area.

To assist, uptown BIA has taken on various promotional strategies to encourage individuals in Waterloo to support local businesses and make their way into uptown.

“Uptown BIA has three main mandates. We promote uptown Waterloo businesses, we beautify the area so that it’s nice and pleasant for people to come and visit. That includes holding events, and we advocate on behalf of our businesses,” said Maw.

One large promotion that the BIA has taken on is the “OPEN” campaign, which can be seen in print, on television through their commercial and on the radio. In addition, BIA has made opportunities available to business owners to get discounted advertising for various media sources. As well, programs have been created that are designed to help businesses promote themselves individually in contrast to the work promoting the BIA as an entire area.

“We also have a series of normal events that we put on every year that we’ve done this year as well to really promote those businesses and to get people to come in to uptown Waterloo,” she said.

Over the summer, events such as Solstice Sampling, Jazz Fest and Buskers Festival were hosted in uptown. More recently, Sausage Fest and Barrel Fest were held during Oktoberfest.

“We’ve learned that construction really impacts the flow of how people travel around an area. That’s why closures have such a big impact,” said Maw.

Despite a negative impact on businesses around King Street, due to more traffic travelling on Regina Street, in some cases, those businesses have seen an increase in traffic, causing a positive impact.

“I think when you see construction you think it’s going to be difficult to get somewhere,” said Maw. “Sometimes it’s not really that much more challenging to get around, you just have to adjust your expectations a little bit.”