The Cord’s official playlist for summer 2019

Summer is just around the corner, and The Cord’s staff have you set with a playlist that’s sure to put you in the mood for warm weather and relaxing days on the beach.

From Tyler, The Creator’s first number one album IGOR, Earfquake explores the topic of heartbreak and guilt all while delivering it alongside funky synthesizer compositions, heavily distorted singing, and lighthearted piano tunes. Tyler’s admittedly less-than-perfect singing voice only further captures the feeling of vulnerability. Playboi Carti is featured on the song and his verse serves to bring a playful element into the otherwise downbeat song, lyrically speaking. The song’s message is blissfully pathetic in the best way, and I  know I won’t be getting it out of my head anytime soon. Also, if you’re reading this: watch the music video for Earfquake, trust me. 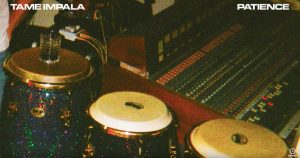 The long-awaited return of Tame Impala finally came with the April release of “Patience,” the first of two of their new singles. The song still has the trademark musical elements of the Australian psychedelic rock outfit’s usual sound, but with a twist: solid piano chords throughout set a new tone for the group, giving them a new disco dance floor-type vibe that marks a new season in their musical career. Do the lyrics hit as hard as “The Less I Know the Better?” Not quite, but this tune still makes you want to hit the dance floor – or, if you’re jamming in your room – hit repeat. This exciting new sound for the well-loved artistic project is certainly making its fans impatient for the first album released since 2014.

Although the rock world saw Greta Van Fleet surge in popularity in late 2018 with the release of their second album, Anthem of the Peaceful Army, some of the less popular tracks from their 2017 release, From the Fires, have earned a spot on my summer playlist. One of those songs is “Edge of Darkness,” a must-listen for anyone who enjoys the blues side of rock. The hard-hitting drums from Danny Wagner and solid bass from Sam Kiszka really give a different sound from the band’s tendency to emphasize vocals and guitar solos. That is not to say that the talents of twins Josh and Jake Kiszka shouldn’t be on display, though – it’s just really refreshing to see some musical variety in an album that critics simply labelled counterfeit Zeppelin. If you’re not a fan yet, this song will give you a step up onto the bandwagon. If you’ve already given them a chance, try again; this one might change your mind.

Vampire Weekend’s long-awaited and highly anticipated release of their fourth studio album “Father of the Bride” finally blessed the indie rock scene this year. I’m a big fan of this album, and after waiting nearly six years for these talented bastards to release something new while listening to Contra for the fiftieth time, I’m happy to say I have a new favourite that I can put on repeat. “Sunflower” is simple and full of warmth — radiating catchy pleasantness that I just can’t get enough of. Consider this album well worth the wait.

I’ve slowly grown to love Billie Eilish. Her unique brand of weird and creepy tracklists have been my recent obsession, and I’ve been listening to her music on repeat. “Bad Guy,” from her delightfully eclectic album When We All Fall Asleep, Where Do We Go?, is a song that (literally) snaps. It’s inescapably catchy with her signature eerie flair and consistently boppy beat. Her music videos are also pieces of art in their own right, and I personally find her tunes best experienced through her videos, like the one for this song.

To listen to the complete playlist, check out The Cord’s official Spotify account.