The Academy gets it right 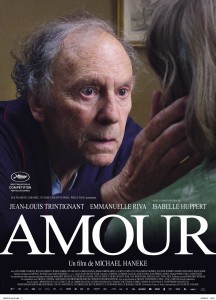 Four directors who have been in the Oscar conversation all awards season, and who backed that praise up with very worthy films.

But, as if a running theme this year, there were just too many other notable contenders, and they were bumped from the final five. As good as those directors were, in 2012, “too many choices” is simply not a bad thing.

For the first time in a long time, the Academy of Motion Pictures Arts & Sciences seemed to get it right. There were an abundance of excellent possibilities this year, and with the fewest exceptions in recent memory, the Oscars have nominated the most laudable films and people. But that doesn’t mean the winners are going to be any more apparent.

This years nominations were spot on, but due to the quality of the nominees, no real frontrunners emerged from most of the categories. Smart money would be on Lincoln and it’s 12 nominations, but it’s hard to count out the likes of Life of Pi, Silver Linings Playbook, Les Miserables or even a long-shot like Beasts of the Southern Wild.

The independent darling has managed to stick around since Cannes, reminiscent of last year’s winner, The Artist.

No category makes this “wide-open” theory more prevalent than the “Best Director” award though.

While a case could be made for any of Bigelow, Affleck, Hooper or Tarantino, the likes of Michael Haneke, Ang Lee, David O. Russell, Steven Spielberg and Behn Zeitlin all make just as much sense.

Yet the Director’s Guild only had Lee and Spielberg in common with the Oscar’s choices. While Affleck, and his movie Argo took home the Director and Picture prizes at this week’s Golden Globes.

When so many great possibilities are competing against one another, you can’t help but get excited about the actual show night. It’s going to be (hopefully) a night of surprises. 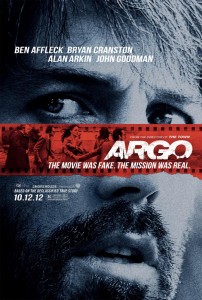 As far as some critical analysis of the Academy’s choices goes, I personally would have left Russell off of that list. But I also understand why he was included. It’s hard to argue against a director who commended four acting nominations in all four acting categories for the first time since 1981’s Reds. Warren Beatty won the directing Oscar for that film, so Russell has just a good a shot as anyone else.

In the acting categories, there were more than enough “locks” this year. Daniel Day-Lewis looks poised to capture his record setting third Best Actor statue. So that’s a real exception to the “no frontrunner rule” even though Joaquin Phoenix, Hugh Jackman or Bradley Cooper could pull out a relatively plausible upset.

Jennifer Lawrence and Jessica Chastain will provide some tough competition for one another while holding off the young (newcomer Quvenshané Wallis) and the old (Amour’s Emmanuelle Riva). Naomi Watts rounds the top five, but against that powerful quartet, doesn’t really have a shot it seems.

Anne Hathaway will be the one to beat as Best Supporting Actress, which is completely deserved if you’ve seen her heart-wrenching turn in Les Miserables. But you can never completely count out the likes of previous nominees Amy Adams and Jacki Weaver, or previous winners Sally Field and Helen Hunt.

Best Supporting Actor is the absolute most interesting category for me though. It’s very hard to argue that Robert DeNiro didn’t give his best performance in over two decades, but Tommy Lee Jones brought his standard, incredible curmudgeoning to Spielberg’s Lincoln too. And with Philip Seymour Hoffman, Alan Arkin and Christoph Waltz rounding out the category, it’ll be interesting to see which previous winner will add another statue to their trophy case.

I could start to complain about some of my favourite films of the year not getting the love they deserved, but I  honestly am content with the way the nominations went this year.

I mean, Looper and Rian Johnson deserved some recognition, and while there was no chance in hell The Avengers had a shot at anything anyway, I still would be lying if I didn’t consider that to be one of the best films of the year. 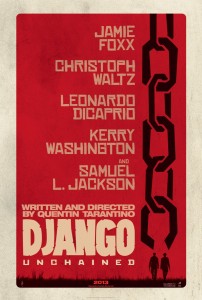 And there was Leonardo DiCaprio who was undoubtedly the greatest thing in Django Unchained, so it’s slightly disappointing to see him left off the Best Supporting Actor nods. But again, there was just too much this year.

Here’s hoping that there are some real surprises at this year’s Oscars. A cookie-cutter final tally will be just another dent in the Academy’s quickly decreasing credibility.