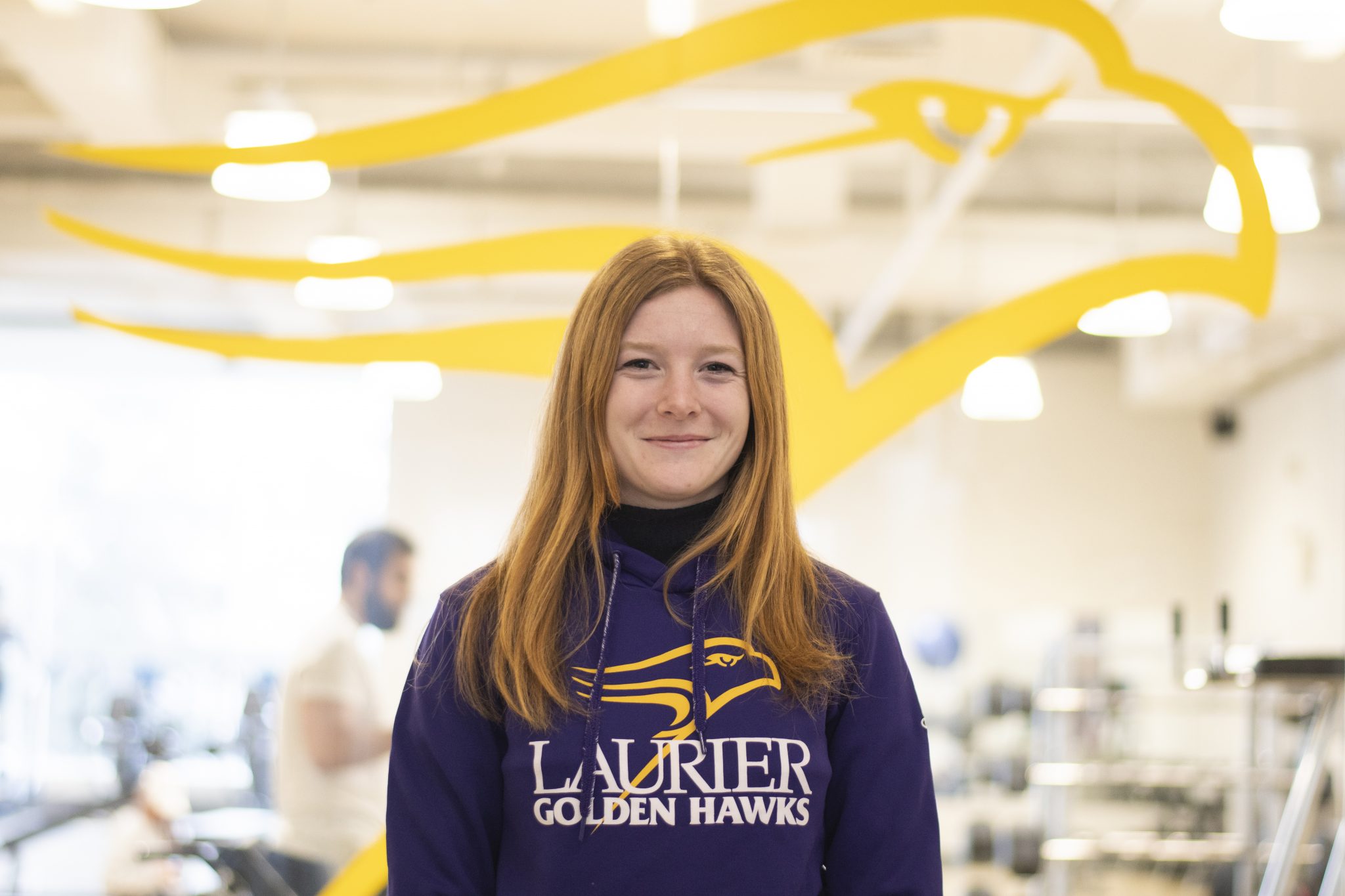 Standing on the podium to accept a championship medal is a great accomplishment for any athlete, but for third-year runner Sydney Pattison receiving a bronze medal at the Ontario University Athletics (OUA) Track and Field Championship also marked a significant moment in Golden Hawk history.

During the weekend of Feb. 23 to 24, the Wilfrid Laurier Golden Hawk middle distance team competed at the OUA Track and Field Championship at York University. Pattison brought home a bronze medal in the women’s 1500-metre race with a time of 4:32.74. Her medal achievement signifies the first championship medal in the 10-year history of the Golden Hawks middle distance program.

“It didn’t set in at first, but now I’m realizing how big of a deal it is and it’s just really cool,” Pattison expressed while speaking of her historic accomplishment.

The race was close from the start. Pattison staying within strides of Dana Earhart of Guelph and Kristina Popadich of Western, who were also on the track giving their all. Championship track races are different than regular season track races in terms of tactic. Athletes begin to shift their focus from speed to strategy because they are no longer running for a time, they are running to claim a lustrous championship medal.

“Every time the front two girls made a move to try and separate themselves I made sure I went with them because I knew if I missed it once it was gone,” Pattison shared, talking about her racing strategy.

Through that last lap Pattison realized there was only two people running with her and thought to herself: “I’m getting a medal, I just don’t know what colour it’s going to be.”

Like Pattison said, it’s a championship race and anything could happen. With the right race she may even have the capacity to make Golden Hawk middle distance history happen once again.

Pattison, Earhart and Popadich all bought the heat within the exhilarating final sprint to the finish line, finishing within one second of one another.

For Pattison this track season has been both exciting and unexpected.

“I knew I could do it all along, it’s just this [race] finally gave me the push, and I actually showed myself that I could do it,” Pattison said.

Pattison has come a long way since her rookie season in 2016-17. She is a sheer example of how time, consistency and effort can lead you toward an outcome that you may have never expected for yourself.

“I was just happy to even make a team in first year, and now I’m going to nationals. I did not expect that; I just wanted to run.”

Next up for Pattison is the U-Sports Track and Field Championship at the University of Manitoba from March 7-9.

She is ranked eighth in the country with her season best time of 4:28.70.

Pattison is the only Laurier middle distance runner, male or female, to represent the Golden Hawks at the championship, which is another historic moment in and of itself.

Pattison hopes to either tie or beat her eighth place ranking during the 1500-metre race scheduled for Saturday.

“It’s a championship race, so anything could happen. It could go out very slow and then change in the last two laps, or it can go out very fast. So I’m just kind of like going in expecting anything to happen. I’m just trying to stay with the group.”

Like Pattison said, it’s a championship race and anything could happen. With the right race she may even have the capacity to make Golden Hawk middle distance history happen once again.