The elections for this position, as well as the board of directors, will be held on Feb. 4 and 5. Walker was first to announce his presidential bid via Facebook on Jan. 10, while The Cord was able to learn the identities of the other candidates through other sources. Of the four candidates, three are from the Waterloo campus, with Taborowski being the only one from Brantford. 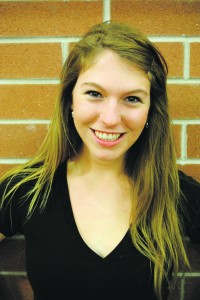 Annie Constantinescu, a fourth-year business administration student at Laurier, is using her experience in residence life as the basis for her reason for running. By being a don for the past three academic years, and as last year’s Inter-Residence Council (IRC) chair, Constantinescu is looking for ways to support the student public in a different capacity.

“By living with the students and actually engaging them on a day-to-day basis … I learned a lot about what this campus really means to a lot of different people,” she explained. “I was fortunate enough in the last three years [as a don] to accomplish that and I’m always looking for ways to give back.”

According to Constantinescu, she started thinking about the idea — something she didn’t give much thought before — until one of her first-year students suggested it last year.

“It was one of my students last year — right after the year was finished — they asked me, ‘Hey, Annie, why didn’t you run for Students’ Union president?’” Constantinescu added. “It planted a seed with me and stuck really well and I had a summer to think about my past experiences at Laurier.”

Unlike the three other candidates, however, Constantinescu doesn’t have any prior Students’ Union experience, but she noted that she has been working for the past four months trying to learn everything about the organization.

“For me, personally, I think that it’s almost beneficial in a way if there is a fresh perspective,” she said about her decision to run. 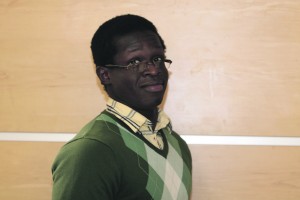 Current board director Caleb Okwubido, a fourth-year global studies and political science student at the Waterloo campus, has been looking for ways to get more connected  to  the Laurier community.

“I’m going to relate this to my personal experience,” Okwubido told The Cord. “I was disconnected to the community, and I was isolated. I had no one to talk to. That’s when I realized there was something in the Students’ Union.”

Okwubido joined the board of directors this year after being elected last February. He added that within the board, he was elected to ownership linkage committee and gathered more experience that way.

“By being in that committee, it gave me an eye-opener,” he added.

Since being involved in that committee, Okwubido realized that his work wasn’t completed and there was much more for him to do within the Students’ Union.

“Let me put it this [way]: I have not achieved full connectivity with the students,” he explained, adding that he’s looking forward to the experience. “I just want to make a mark.” 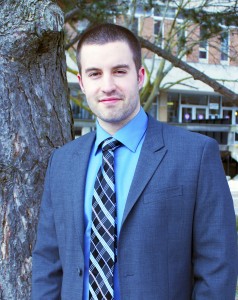 While Daniel Saad, a fourth-year political science student at Laurier, has never had any experience within WLUSU before, he has made the decision to put his name forward for president and CEO in the upcoming elections.

“The main reason I’ve chosen to run is because I think I can bring a fresh perspective to the entire process and kind of give an outside look on how things operate within WLUSU,” Saad told The Cord. “I’m involved in the school, just not specifically there [in WLUSU].”

Prior to the start of the campaign, he said he has already been making connections with various staff members and students within the Laurier community, in order to ensure that he is well-known, approachable and that his platform is understood.

“A big thing for me is communication … there seems to be a gap between the Students’ Union …. and everyone else,” he explained. “You have to know the concerns to fix them, and you need to physically get out there and engage people.”

Saad stressed that he is very aware of his opponents credentials, and respects that they may have more WLUSU-based knowledge than he does. However, he added that he is making many attempts at catching up to speed regarding information he may be missing.

“I want to outline things we’re doing right and things that need to be built upon,” he stressed. “The thing I’m most excited about is working on campus safety and prolonging that, and the second biggest thing … is breaking down those communication barriers.” 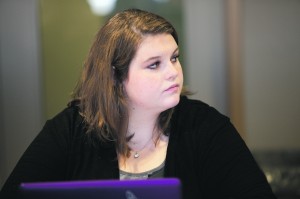 The only presidential candidate from the Brantford campus, Jennifer Taborowski, a fifth-year concurrent education student and WLUSU director, told The Cord that her reasoning for placing her presidential bid was because she wanted to further her experience at Laurier in a stronger way.

“I basically love Laurier, I love the students, my peers and everyone who works at the university, especially within WLUSU,” Taborowski explained.

“I thought it was a perfect opportunity to continue on with my experiences in a bigger capacity.”

With her experience as a director, Taborowski warmed up to the idea of running for president and consulted her friends and family about the decision.

Taborowski added that she is really excited for the opportunity to run for president and she is open to whatever this experience may have to offer.

“I’m not sure exactly what experience I’m looking for, but I’m definitely open to anything to what it has to offer. I know it’s a great way to build relationships and see a different side of how things work,” she said. 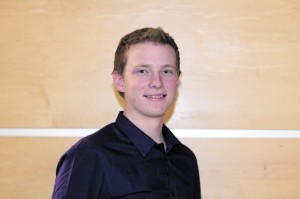 Chris Walker, a fourth-year political science student, is no stranger to WLUSU, having been involved with the organization since his second-year. After being elected to the board in first-year, he then moved towards being the chair of the board and then into the role he currently has — vice-president of university affairs.

“It’s something that I’ve thought about for awhile and it’s definitely not an easy decision because it could have dramatic impacts on an individual and certainly on the organization,” he told The Cord about his reasoning for announcing his decision to run on Jan. 10.

“Ultimately I wanted people to know.”

“A lot of people were asking and I thought it was my way of saying, ‘this is me, this is where I’m at,’” Walker added.

Walker believes that with his previous experience with the Students’ Union he should be able to give a solid direction of where the organization should be heading. He also stated that he’s looking forward to having discussions with the other candidates.

“I’m really looking forward to a constructive campaign that is focused on how we could better the organization for students, and I hope that with my competitors — we’ll keep it clean obviously — we can have a constructive dialogue about what the issues are,” he said.

Disclaimer: This list is not final and more presidential hopefuls may arise.