Season ends in loss to Mustangs 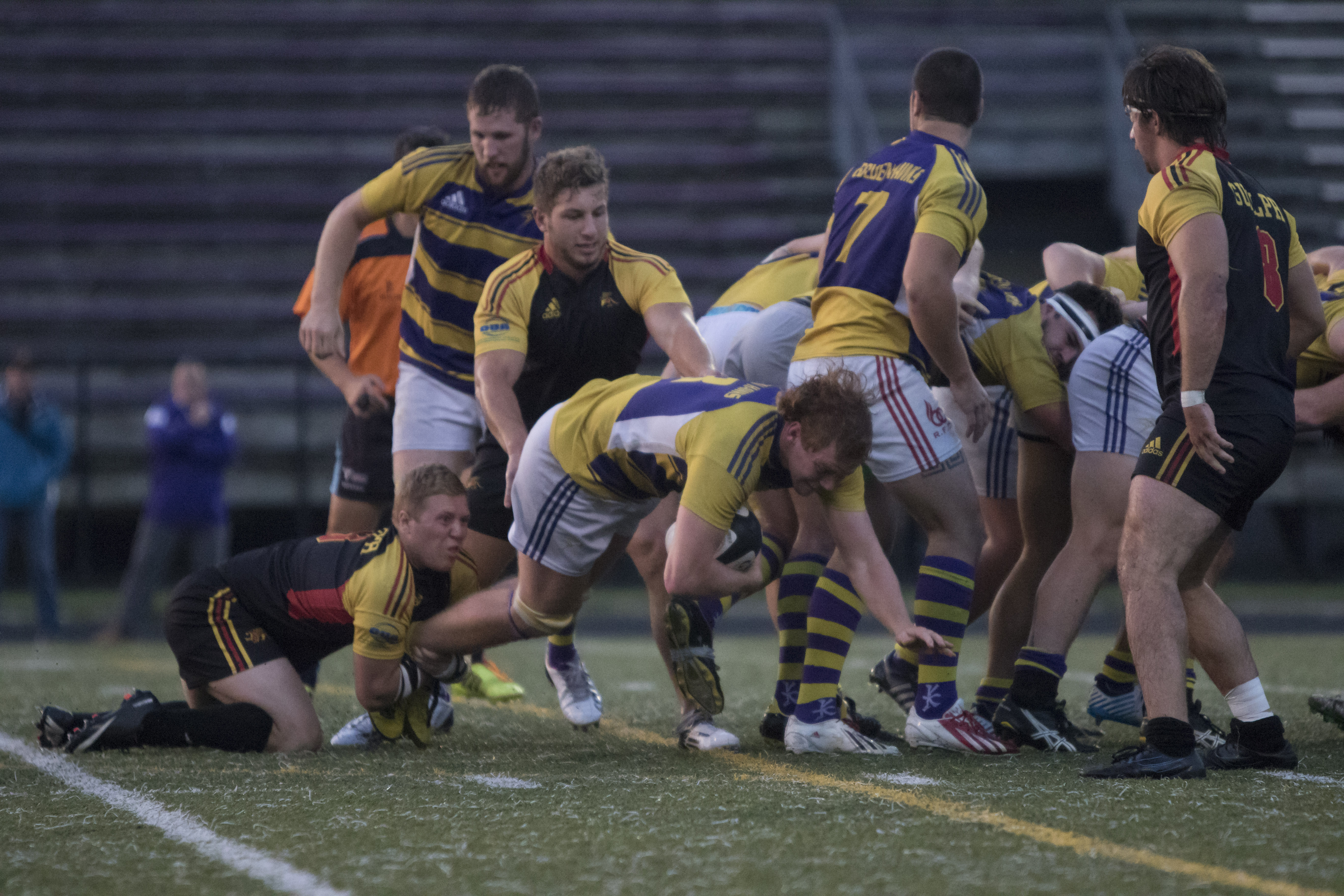 The Wilfrid Laurier Golden Hawks men’s rugby team suffered a tough loss when they faced off against Western In the first round of the Ontario University Athletics playoffs. The game resulted in a 67-26 defeat for the Hawks.

However one sided the final score, it was a competitive game through to the last push by Western to break it open, according to head coach Ian McLeod.

“We started very slowly and Western gets full marks for being ahead at the half with the score 36-5,” McLeod explained. “The first 20 minutes of the second half the boys played very well.”

In that 20 minute span, the game came within reach thanks in part to a couple of tries by eight-man Andrew Thompson and a few conversions by Maclain Wakefield. The closest Laurier came to righting the ship was a 10-point difference. But Western came out of the gate fast and the Laurier team lagged their response until the second half.

Following this, the game was broken open by Western and the game quickly slipped away.

“They inserted their subs at [the second half of the game], so they had eight fresh players on the field,” he said.

“That bench is a little stronger than ours, and those guys sort of took the game.”

After a dismal four-season drought that ended without a post-season appearance for the Hawks, this is the second consecutive year Laurier has made the playoffs, which leads to much promise for the program going forward.

According to McLeod, Laurier has a lot of promise as the program continues to get older and more mature.

“Physically and mentally, we’re going to be a program to be reckoned with,” he said.

“We had a lot of young guys on the field and now they’ve got their first taste of OUA playoff experience and now know what it takes to succeed at that level. We have a very good coaching staff and a very good core of young players who are going to be around for the next two or three years.”

According to McLeod, the program is still in a building stage and with it being the second year the program has made the playoffs, that is a positive. The Laurier coach touches upon the necessities of recruiting to grow the program and make the final pushes needed to be a top contender. Under the McLeod-led coaching regime, playoffs are now a bench mark to be built upon for next season.

“We’ll continue to recruit the better ball players and we’ll get to ideally where we want to go which is the gold medal game,” said McLeod.