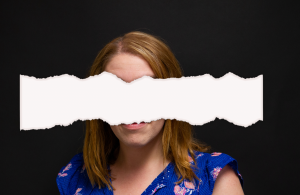 The Cord’s Editor-In-Chief, Safina Husein, conducted an investigation of the Students’ Union’s 2017-18 board of directors, following up with allegations of sexism and various other dysfunctions which were disclosed to The Cord by various board members during  their final board reviews conducted in April, which consist of confidential, anonymous interviews.

From the beginning of the 2017-18 board of directors’ tenure, conflict seemed to be deep rooted amongst the group of 12 individuals, both personally and professionally.

The 2017-18 board began their new year with 11 new directors with no prior board experience and only one returning director. As a result, proper training to ensure cohesiveness would be essential components in order to ensure the board was capable of achieving all that they set out to accomplish.

However, the directors’ lack of experience in conjunction with unforeseen challenges thrown at the board early in their term, caused tension and conflict, which ultimately interfered with the board’s ability to foster a cohesive environment.

“This board was absolutely divided and … throughout the year there was bias, there were professional differences and personal biases … some people felt that other people were not doing the right thing,” said Talha Naeem, former chair and CGO of the board.

“I think we seemed a little bit [better] midway [through] but the damage was done earlier in the year and that stayed; we never recovered from that.” 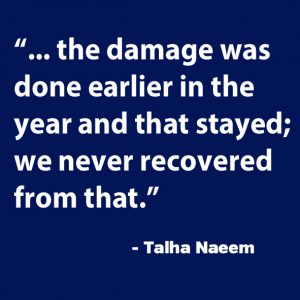 The personal differences that existed amongst the board could be observed and pin pointed during meetings; however, it was not until The Cord conducted final board reviews that allegations of sexism and conflict, surpassing professional differences, began to surface.

“I think it started with personal differences. Later on, because of that dynamic of men on one end and women on the other, it turned into what looked like sexism,” said Zemar Hakim, former director.

Some directors described that their experiences at the board table caused them to feel uncomfortable or silenced — iterating the overall toxic nature that was fostered amongst the board.

“A lot of board members, especially the men, were not open minded and I think that’s a huge fault. The board is supposed to be, how I see it, a professional-safe place; it should be a safe space where you represent students and students should feel comfortable to tell you what they feel,” said Emily Rezkalla, former director of the board.

As a result, the tension and lack of open-mindedness made many directors refrain from voicing their true opinion out of fear of being judged or shut down.

As the difficulties and tensions present during the 2017 summer board meetings continued on into the 2017 fall term, it became apparent that some directors — specifically women — had been experiencing difficulties far beyond having ideas shut down or motions fail to be voted on.

“I think what we did a really good job recognizing it … I don’t think one person was out right sexist, I don’t think anyone there is intentionally trying to be sexist, but I do think it was there collaboratively at the board,” Rezkalla said.

Defining and recognizing sexism in this instance can be complex; many of the alleged accounts of sexism, which took place during board meetings, were largely observational and took place over a long period of time.

“That’s kind of what I think has been the difficulty with addressing sexism as a whole,” said Klaudia Wojtanowski, former director.

“It’s no longer that you can’t have food or water because you identify as this gender … it’s not like you can’t have access to education; we don’t have that here in Canada, we’re lucky — but it’s going further. It’s going into the treatment of people. And it’s really important to look at and address.”

Both Wojtanowski and Rezkalla described feeling a constant feeling of doubt during meetings, which largely originated from the reactions they received from their fellow board members, such as their body language and facial expressions.

In addition, Wojtanowski and Rezkalla noticed that the questions they were asked were passive, vague and seemed to intentionally put down their ideas and thoughts pitched at meetings.

“There’s just [a] complete lack of respect — we get interrupted, get no eye contact, the questions that we are asked 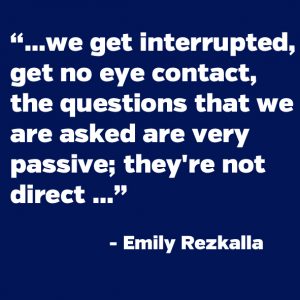 are very passive; they’re not direct. The questions that are asked to the men are very direct,” Rezkalla said.

For Wojtanowski and Rezkalla, a clear indicator that the experiences they had were inappropriate stemmed from the fact that these reactions were not present when many of their male counter-parts spoke their thoughts and voiced their opinions in the same manner.

“The equivalence of validity from statements depending on what person that they were coming from … I would like to think that it didn’t have anything to do with gender; however, I know that can’t necessarily be fully the truth especially with how consistent it was in certain areas,”Wojtanowski said.

“I would realize it most when I would say something and just have this feeling of ‘oh I shouldn’t have said that. That wasn’t the right thing to say,’ and doubting myself. Which isn’t the kind of person I am, in general.”

At the end of their term in April 2018, many directors reflected on the nature of the conflict and whether or not gender facilitated the many faceted issues that Rezkalla and Wojtanowski faced.

However, both individuals pointed out that the essence of their difficulties were unlikely just personal differences, otherwise more directors would have had the same experiences.

“It’s really hard to explain to people who don’t recognize it because you have to be there — it’s observational, you have to witness it. It’s like micro aggressions, they’re there and they accumulate if you don’t say anything.”

The Cord reached out to former directors Ilana Roitman and Moumita Paul — the only other female directors, aside from Rezkalla and Wojtanowski —  but did not receive a response at the time of publishing.

No director, including Roitman and Moumita, filed any official report of gender inequality to the chair and CGO of the board during their tenure.

“During my time as chair, there was no official report to me that there were gender inequalities or individuals having any issues related to sexism,” said Tarique Plummer, former chair and director of the board, and current president and CEO of the Students’ Union.

Naeem also echoed Plummer’s statement, confirming that he also had received no formal complaint during his time as chair of the board.

“In the event that this issue did exist, I encourage those individuals to speak to the current resources,” Plummer said.

Although no formal complaint was reported to the Chair and CGO of the board, both Rezkalla and Wojtanowski reiterated that they did not feel comfortable coming forward and opening up about their experiences during meetings.

“The thing is when it comes to somebody speaking about how they’re feeling is [wondering if] that person going to accept what I’m saying; are they going to respond in a positive manner and work in a positive way to resolve that,” Wojtanowski said.

Although individuals on the board had iterated that they were available and open to listen to any issues experienced by directors; it was the actions of these individuals which, Rezkalla and Wojtanowski felt, did not always mirror their words.

“While members of the board might have said, ‘if anyone ever needs anything, if anybody ever feels a certain way, [you can come to me],’ you know it’s great; but that doesn’t make it a safe place to go and address something,” Wojtanowski said.

“It’s those actions that precede it.”

For example, one common occurrence on the board was the misuse of individuals’ names. Traditionally, board members are referred to as “director” followed by their surname.

When asked about any gender inequities present amongst the board board, the topic of improper use of names being used at meetings was an incident easily pin-pointed and confirmed by numerous former directors.

“I think where I saw, if you’re using the word sexism, was definitely when people were being addressed,” Hakim said. 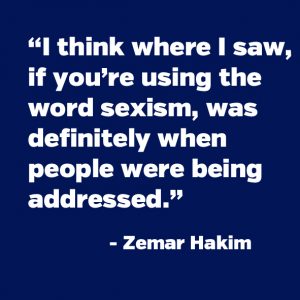 “Some members of the board would address women maybe not by their position or perhaps not by their last name. They would call the women, [for example], Director Emily or just Emily.”

The misuse of names occurred during various different board meetings, according to several former directors and as seen at numerous meetings.

“During my time as Chair of the board, I referred to both of them as their last names, which the tapes will probably confirm,” Plummer said.

“I believe [Naeem] referred to them as their first name, I think they said they were okay with that at one point in time. I don’t believe that that speaks to anything, like a lack of respect. It speaks to a request that they made in terms of ‘don’t mess up my last name so just call me by my first name.’”

During a meeting last summer, Wojtanowski addressed the difficulty that many of her fellow board members had with pronouncing her last name — as a result, she made it clear that calling her “Director Klaudia” would suffice if they felt they were unable to pronounce her surname properly.

In contrast, Rezkalla said she never discussed being addressed as “Director Emily” with the board, being that her surname is fairly straight forward and most directors were able to pronounce the name with ease.

However, both Rezkalla and Wojtanowski were often referred to by their first names, and especially towards the last few months of their tenures as directors, losing the “director” all together.

“From my understanding, every time [anyone] made that mistake [they] fixed it right away. I also think that intent very much matters — I don’t think [they were] doing that with a negative intent [sic],” Bonnell said.

“So I think we should be creating an environment where people feel safe to make those mistakes.”

Rezkalla and Wojtanowski tried to address this issue at various meetings, asking any individual who neglected to use their appropriate title, to refer to them as “Director;” however, the misuse of their names continued to occur until the very last meeting of the year.

“If you can’t work on this small little minuscule detail that doesn’t mean a lot to you but means a lot to somebody on the receiving end of it, then if we can’t fix that little thing why would somebody go and address something bigger with you?” Wojtanowski said.

This story is the first of a four-part series which will be released by The Cord.