Room is exactly what you expect – and not much else 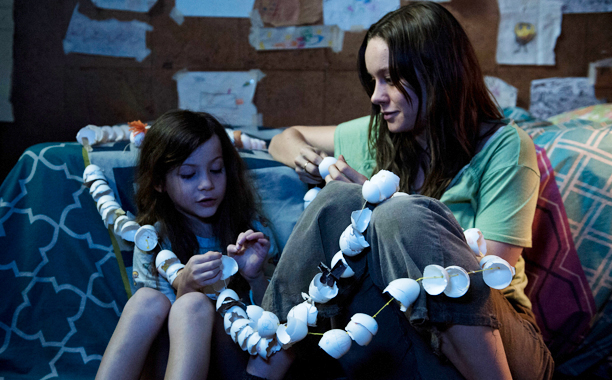 Room is an infuriating mess of a film, one that attempts both unbearable dreariness and sickening whimsy while rarely ever finding the right mood to carry any one of its dead-end goals.

It’s the kind of film where hearing the basic premise — a mother and child leave the room where they have been held captive for years — has you go in expecting it to be about one thing and it turns out to be about that exact thing, which would be fine if the film didn’t carry such a turgid air of self-importance. There is nothing stimulating, intriguing or engaging about Room, inspiring less hope and optimism and more frustration and irritation.

I have no idea from which perspective the events of Room take place. Is it the kid’s? It would seem like it with the goopy music and periodic bits of his voiceover, but the grey-on-more-grey colour pallet and moments of brutality suggest it is viewed through the mother’s eyes. So who is the audience’s reference point? The answer is neither, as Lenny Abrahamson directs it all with a disconnect of jittery grey and tries to cram in sappy asides to balance it out. He does not succeed because Room is sweet when it wants to be and dour when it wants to be and finds no interesting way of bringing the two together.

This is like a film like Pan’s Labyrinth, which uses high fantasy and grim reality to highlight the merciless nature of power by showing it from the point-of-view of an imaginative girl.

The performances are fine. Brie Larson is probably going to get an Oscar for her weary and hurt Ma, Jacob Tremblay is suitably obnoxious and vibrant as the kid — even if the character is so contrived in his preciousness it hurts.

The ensemble cast are all game for being as super-serious or whimsical as the film. It was a pleasant surprise seeing William H. Macy and there are a few interesting stories on the fringes, but they are hardly explored and are pushed aside in favor of the gag-inducing mother-child story. There’s a kidnapper with a bizarre desire to not only keep his captives alive but fed, warm and entertained. There are parents who have been reunited with their daughter after years of fear and grief. Even the ‘grandmother getting to know her grandson’ story becomes noticeable just long enough to feel missed when it is dropped for another bit of invasively sappy narration on the part of the kid.

There are two or three good moments here and there but there is rarely any follow-through, instead just being rushed past to get the kid back with his mother.

It all culminates when the mother and son walk away from revisiting the room as the snow falls and even more saccharine piano plays over their departure, as if to say “their horrible trauma will be manageable as long as they have each other.”

I refuse to speculate about why other critics like this film but I don’t think I’ll ever understand it. I left the theater stomping out like a spoiled child and I’m not afraid of saying that in the face of its overwhelming praise. While Brie Larson and the film will likely win a bunch of awards, I can’t say I look forward it.

Room sucks and is a terrible disappointment. Give me The Room any day.

Adapting a masterpiece: The Last of Us

A review of “Her Loss” by Drake and 21 Savage

The legacy of Takeoff: his death, career and impact