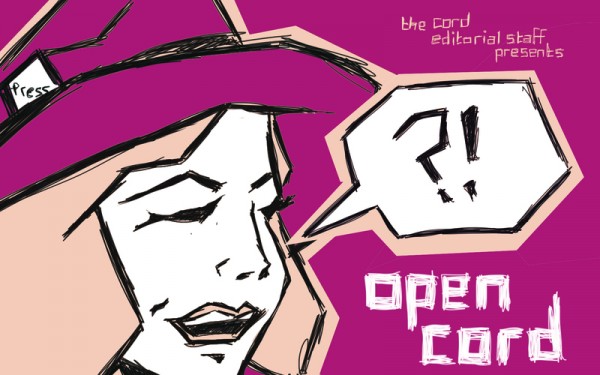 Question: Like it or not, viral videos have become a massive part of today’s pop culture. Some are hilarious, some are just stupid, some are so stupid that they’re hilarious. Think back to all the time you’ve wasted on YouTube, which video stands out above the rest and why?

Ok, this video is absolutely wack. A guy decides to dub Aladdin and make every character in each scene sound like they’re from Compton. Hence the title of the video: “Aladdin from Compton”. What makes me laugh so hard about this video is the fact that the guy who does all the dubbing and all the voices, gets so into the characters. His voice shrills with numerous energy driven emotions. I can’t even imagine what he looked like sitting at his computer recording his voice. It’s too hilarious. What sends this video over the roof? Jafar’s part. If you have to watch one thing, watch that.

So, I may or may not be going to hell for not only laughing at this video, but for also watching this all the time. Remember that show, Intervention? Well, there was this video going viral on the web of an alcohol intervention taking place and it was all sad and serious, because the son was telling his alcoholic father that he still loved him. The sad music is playing and it’s really pulling at your heartstrings and then all of a sudden, the dad releases “The Best Worst Cry Ever”. To put it bluntly, his laugh sounded like Chewbacca being stabbed to death with a ballpoint pen (Yes, that is a Ray William Johnson reference, kudos to you if you caught that). The reason I watched this is because everyone had talked about it so much that I just had to. And the fact that it became such a topic of interest in the likes of bloggers such as  Johnson made it all the more interesting. And the commentary that people added about the subject made it kind of funny. So at least you could laugh knowing that you weren’t the only one being a douche about the subject. Plus, people on YouTube made several auto-tuned versions of it, which makes it a bit funnier to watch. (For the record, I do not find people who suffer from alcoholism or any other addictions funny; I don’t mean to offend anyone by my choice of video.)

This one is going to take quite a bit of explaining. As anyone who follows me on Twitter knows, my roommate from first year and I got along ridiculously well. We spent countless late nights staying up until the business kids arose for their early morning labs, and we were constantly helping each other back into bed after drunken excursions. Along the way, we also discovered many ridiculous videos. One of them would become our personal favourite: “Andy & The Giant Grapefruit”. This video MADE our first year. I can recite this entire thing, yet it is SO FUCKING CREEPY. It makes absolutely no sense, and I’m pretty sure the guy is on meth or bath salts, but it truly is the funniest thing ever. Everyone on our floor knew that we were watching it, yet we never stopped… DON’T JUDGE ME.

I’ve seen a lot of YouTube videos. A LOT. But who hasn’t, right? What do we do when avoiding essay writing or studying for exams? Watch youtube videos. What do we do when trying to watch ONE video about cats? Watch videos about cats for two hours, naturally. What do we do when we get to that weird part of YouTube? Wonder how the hell we got there and command-Q that shit. When I first discovered this whole YouTube shenanigans, I was obsessed with Smosh, and in fact I’m pretty sure “Pokemon Theme Song” was the first YouTube video I ever watched. That, in combination with “Mortal Kombat Theme” were the only videos I watched for quite some time. Please remember I was in grade 7 when this happened and had little concept of humour. Seriously, my favourite movie was Napoleon Dynamite. Now that my sense of humour is SLIGHTLY improved, I find that I always have a different favourite video. In high school, it was all about “Potter Puppet Pals,” in my first year it was all about the majestic CathyMay15’s “Boom Boom Way Ho” (which is still awesome, and so are all her videos), and for the past week my favourite video has been “Party Rock Cantina Band” because lets face it, anything referencing Star Wars is automatically a winner.

I would consider myself a fairly committed member of the audience portion of the YouTube community. What I mean by that is I’m not someone whose sole interaction with YouTube is watching viral videos and listening to music. Not that there’s anything wrong with that, I’ve watched “Charlie Bit My Finger” countless times and was one of the million hits on “Kony 2012”. But most of the YouTube I watch are from channels that I’m subscribed to. So, for example, Smosh or LiveLavaLive or Tobuscus or other ones that probably no one knows… I guess my problem here is finding an overlap between the two- a viral video from one of the YouTubers that I regularly watch. I’m going to mention a few, even though I’m not really sure if they are actually viral videos. “Songs in Real Life” by SteveKardynal, he actually had to take it down off his channel for copyright reasons, but I’m sure it can still be found elsewhere on YouTube. Regardless, Steve’s other videos are pretty entertaining. Juliansmith87’s “Hot Kool-Aid” and “Malk”. And of course, “The Mysterious Ticking Noise” by potterpuppetpals. And while the following may not be ‘viral’ videos, I would definitely avoid this channel altogether for fear it sucks you into watching hours of videos: TheEllenShow.

Who would ever think that trying to catch a tomato through a rapidly spinning ceiling fan with your mouth would be possible? Apparently this guy did.

Anyone who’s ever been in The Cord office at the same time as me has probably heard me play this piece of YouTube brilliance, but shockingly it’s not my favourite viral video of all time. I remember being in grade 10 or 11 and being exposed to one of the most unfortunate sports broadcasters of all time and finding it absolutely hilarious. That’s right, I’m talking about the video that’s become infamously known as “Boom Goes the Dynamite”. Yes, I know the story; the guy was a student, he was doing it last minute and the teleprompter was ahead, so I’ll admit I feel a little bad laughing at him, but come on, “he passes it to the man, shoots it, and boom goes the dynamite” I dare you to watch that and not laugh. Even outside that now iconic phrase, the video is just so painful to watch it’s funny. From the times you can hear our unfortunate hero whispering “I’m so sorry”, to the ‘brilliant’ descriptive language like “Reggie Miller’s looking good”, this video is just full of gold. Sidenote: yes, I do some sports broadcasting work and if I ever screw up as bad as this, someone, please make it a YouTube sensation.

I’ve done my fair share of watching viral videos since procrastination is basically my middle name, but this one still makes me giggle. What is more cute, and hilarious, than a baby getting scared by a sneeze? If you don’t laugh at this, we can’t be friends.

I don’t know what it is about this video, but everytime I watch it, infinite laughter follows.

Classic. The movie is absolutely horrible but it is also entertaining and full of great one-liners like that one.

This sucks, I can’t choose so I will go with a new favourite. It’s 10 seconds long and I honestly almost cry laughing every time I watch it.

I feel terrible but this poor lady falling just makes me lose it every time. And that noise she makes at the end, what is that?!