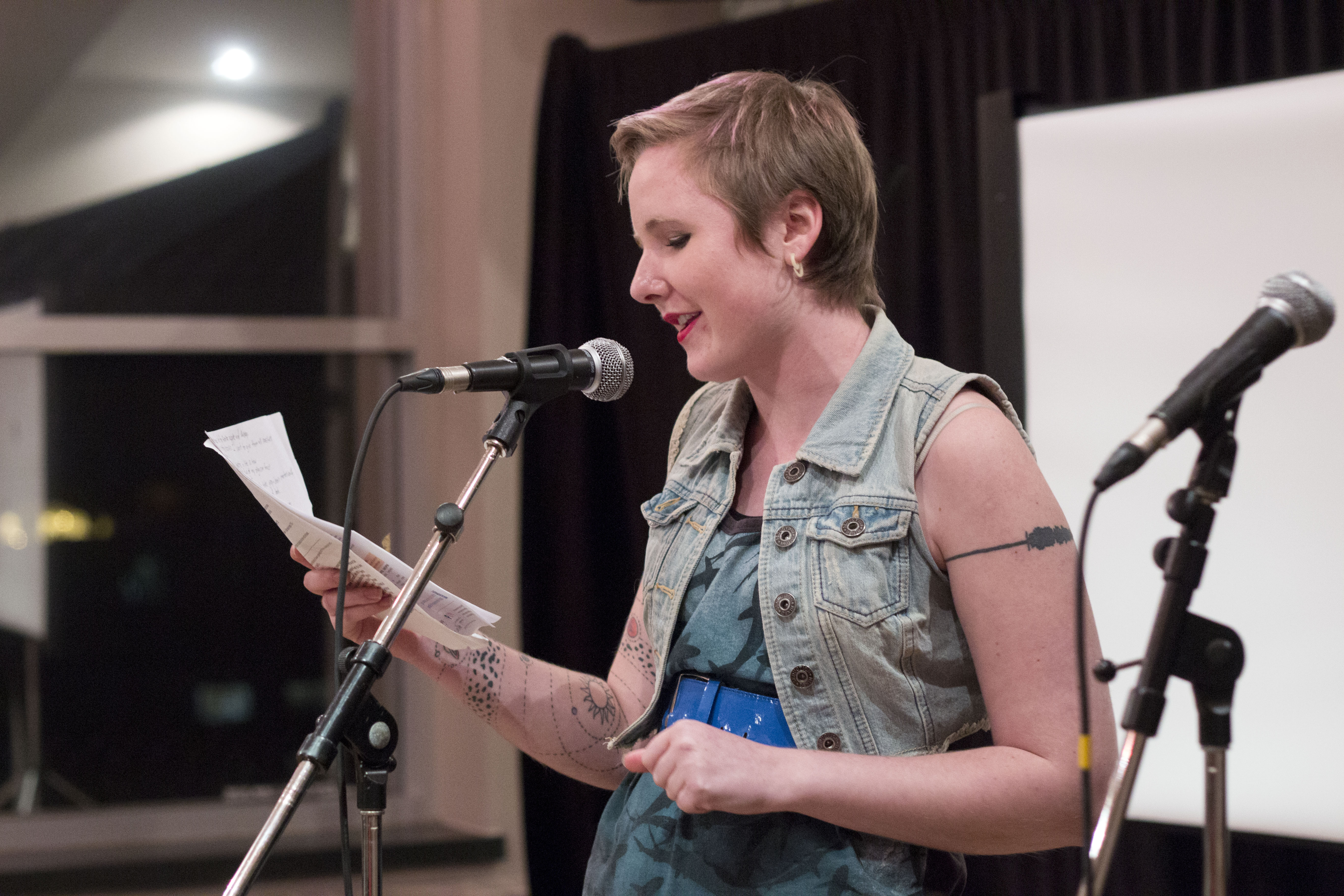 Students and community members were invited to come and “let it out” at Wilfrid Laurier University. The “Let it Out” event was organized by Not My Laurier, the Centre for Women and Trans* People and the Laurier Student Public Interest Research Group.

The event, held on December 4, was in recognition of Canada’a National Day of Remembrance and Action on Violence Against Women. The day commemorates the 14 women killed on December 6, 1989 at École Polytechnique in Montreal, also known as the Montreal Massacre.

Throughout the night, individuals were encouraged to perform for the crowd, whether that be a poem or just to practice their free speech.

The event opened with poems from members of Not My Laurier and the audience. Later in the night, short film called “Crowned?” was presented about drag kings and queens. The event ended with open mic performers from individuals who did not sign up earlier.

Performer Tess Klaver was able to present two personal poems, one called “I don’t like boys.”

“[The event is] a great opportunity for people to speak their minds and talk about gender stereotypes,” said Klaver.

Oisin MacEachern, director of administration with Not My Laurier, believes the event is a great way for people to express their feelings of gendered violence in a safe space. MacEachern had the opportunity to perform, including their own poem called “Queer Love.”

“It’s our way for people to express their experiences of gendered-violence in a safer space and be able to deal with the fact that these things are happening in a more comforting environment,” said MacEachern. “It’s a way for people to cope, essentially.”

MacEachern also expressed how it’s important for students to talk about how often sexual and gendered violence occurs on campus.