Less than a week has passed since the Wilfrid Laurier University Students’ Union elections, yet president-elect Olivia Matthews is already working hard on hiring vice-presidents and getting prepared before the start of her term on May 1. 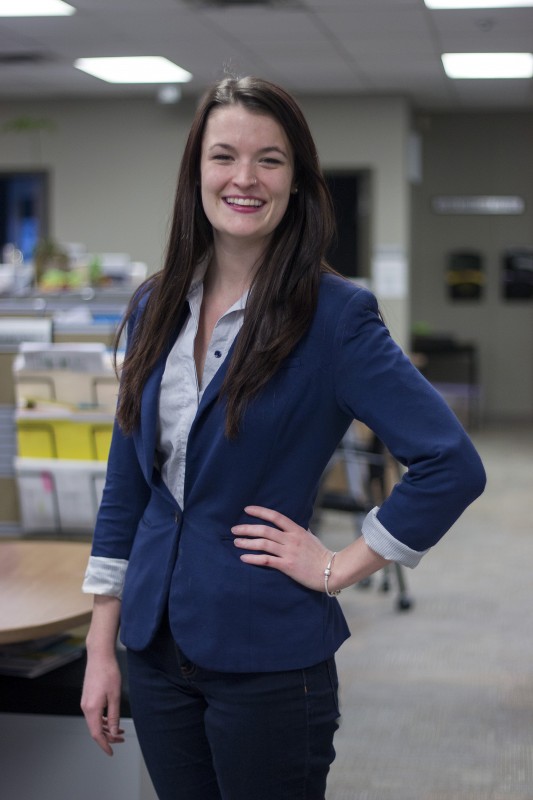 Less than a week has passed since the Wilfrid Laurier University Students’ Union elections, yet president-elect Olivia Matthews is already working hard on hiring vice-presidents and getting prepared before the start of her term on May 1.

“It’s pretty tiring but I can’t complain. I keep saying that to people: that I might be tired, but I can’t complain because I’m honestly just so excited,” said Matthews, who won the election last Thursday with 72.74 per cent of the vote, the highest number of votes historically for a president-elect.

Matthews and the Students’ Union have already started interviewing potential vice-presidents of various departments, such as finance and administration and programming and services.

Applications for vice-president roles were due on Feb. 6 and interviews started Sunday morning.

She could not disclose how many applicants have been interviewed so far, but said there hasn’t been a shortage of candidates for positions at both the Waterloo and Brantford campuses.

The Union has also implemented a different hiring process in their interviews with applicants.

“What I have been explained is that there is a different process interview wise,” she explained.  “It’s not completely STARR-based but we do have some STARR questions in there. The interviews are long interviews. I respect the candidates for coming out to do them, and they put their research in, which is very exciting.”

Matthews’ plan for hiring vice-presidents is to bring in “experts” in the specific department they have applied for. Her goal is to make sure there is cooperation between all of the departments.

“I’m hiring a team that can work well together because if we don’t have cooperation between the departments, we won’t have a successful year,” she explained.

Before she begins her term, Matthews is having meetings with members of the Union and thinking of ways to bring out her platform and fulfill her administrative duties.

“I’m excited to put a plan in place so I can both fulfill my duties administratively, like in meetings and in representing students, but also fulfilling the promise that I made to students to be a visible aspect of the Students’ Union.”