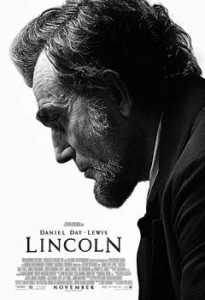 Abraham Lincoln, the 16th president of the United States, was a man defined by several monumental victories and decisions in American history. In Steven Spielberg’s latest film, Lincoln, he paints a portrait of Lincoln in the thick of the Civil War and the actions he took to lead the country through it; in particular, the build-up and proceedings before his Emancipation Proclamation in 1863.

Based on Lincoln’s 2005 biography, Team of Rivals: The Political Genius of Abraham Lincoln, written by Doris Kearns Goodwin, the film is mainly a character study revolving around Lincoln , played by Daniel Day-Lewis , and his cabinet including Thaddeus Stevens, William Seward and Ulysses S. Grant.

The storyline sinks its teeth into two key conflicts: the strife Lincoln faces within the Republican Party regarding the possibility of abolishing slavery in the midst of the Civil War, and the mental strain of Lincoln’s role as president creating a distance between himself and his loved ones.

As we have come to expect from a Spielberg movie, the physical scale of Lincoln is immense, spanning across notable years in 19th century American history.

The cinematic element that draws the most attention in the film though is the dreary lighting that Spielberg implements.

Without a doubt the purpose of this effect is to portray the bleak atmosphere of America in, arguably, her most politically and socially challenging, and bloodiest, period of time when key issues such as slavery polarized the Union and Confederates.  As a whole, it is undeniable that the movie is seeking to strike gold at the Oscars.

However, even with fantastic costume design and convincing sets the transport the viewer to the 1860s, the most pleasing aspect of the film is Day-Lewis’ tour de force performance as Lincoln.

Time after time again we’ve seen Day-Lewis leave us baffled with his ability to truly transform himself into his character roles. Pictures like There Will Be Blood and Gangs of New York are prominent examples, and he out does himself once again. Day-Lewis is certain to, at the very least, receive an Oscar nomination for best actor in 2013.