The Laurier Archives, located in the basement of the library on Laurier’s Waterloo Campus, have been given old blueprints of architectural designs of Laurier’s campus from the 1960s, thanks to the family of Karl Kruschen.

Kruschen, who designed many buildings on Laurier’s current campus like the seminary and the dining hall, was a very popular architect in building Lutheran churches and was especially famous at Waterloo Lutheran University, the former name of Laurier University.

“We happened to connect with the family through our participation at Doors Open in September of 2017 and one of [Kruschen’s] sons came on campus just to walk through — and he ended up down here in the archives,” said Cindy Preece, archives administrator at the Laurier Archives.

“We got talking about the work that his father had done here and we got the connection through that — and shortly after he wondered if we would be interested in these blueprints.”

The blueprints, though much different than how the campus looks today, depict many possible scenarios for how Laurier’s campus could have been constructed, including a football field on Bricker Ave. — and seemingly more parking than the school currently has.

“Kruschen did a lot of Lutheran churches, but he also did many buildings on this campus in the 60s. The seminary, the dining hall, the theatre auditorium — which now is kind of encompassed by other buildings on campus — it was all his design,” Preece said.

“I think that’s how they appeal to people here on campus and students, but architectural drawings will always have people who are interested in them and in studying those kinds of things.”

“Alumni Hall he designed, it was originally built as a house for the president here on campus and also the Fred Nichols Campus Centre was his design. There was a big boom of building on campus here in the 60s and Kruschen was the architect that designed everything.”

Kruschen, who was born and trained in architecture in Germany, passed away in the year 2000, but as his family became more informed as to the services Laurier has, like the archives, they felt inclined to donate the items so they will be visible to more people.

“Venting, electrical work, furniture — everything it takes to create a building, we have drawings of those that he did. When he built the seminary, he designed a lot of the details, like the pews,” Preece said. 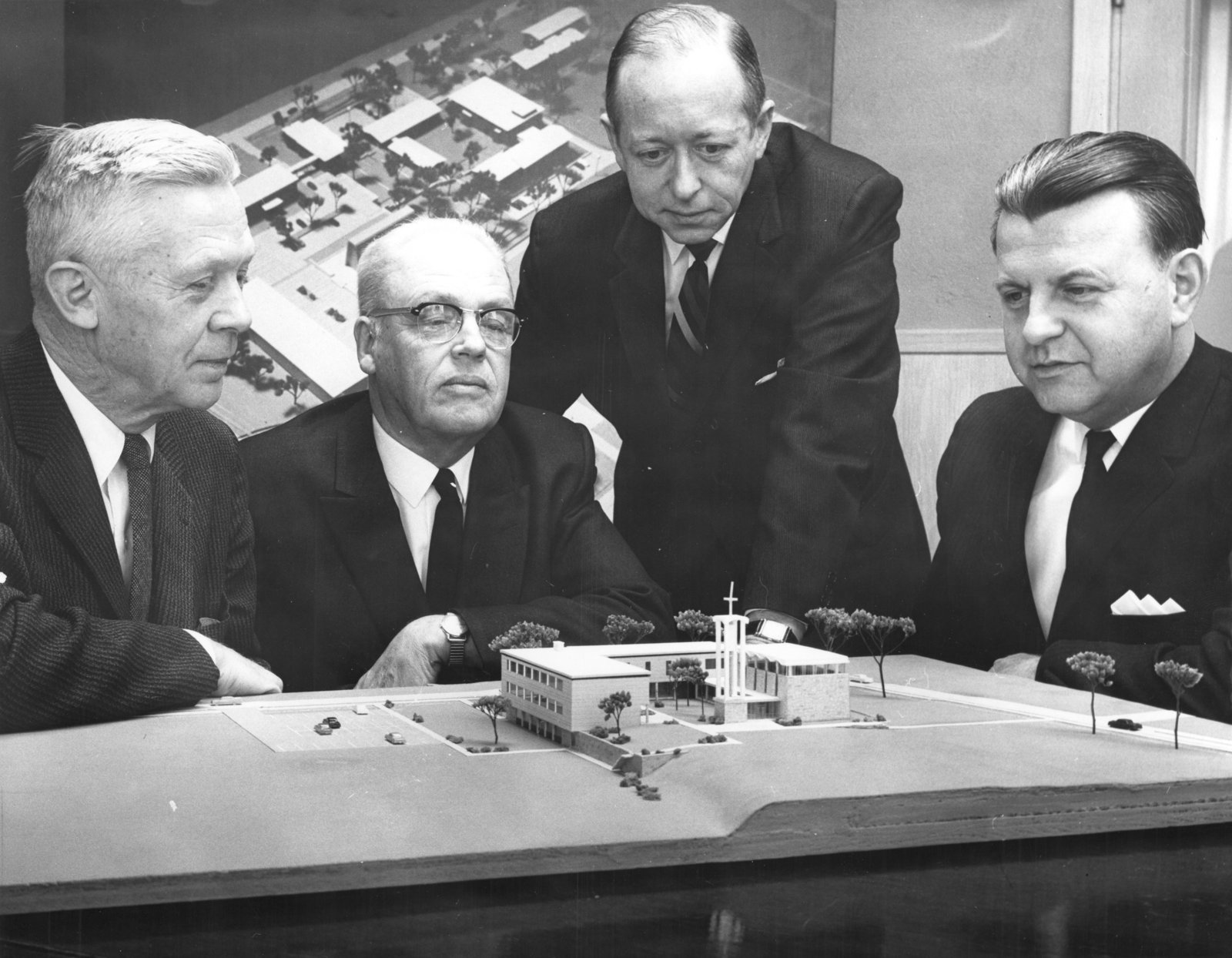 “At the time of the construction, a lot of the lots, such as ones on Bricker Ave., were still private and were homes. The university slowly acquired the block — it didn’t happen all at once — but the designs show a different time where the landscape hadn’t changed yet.”

Even Laurier students in the time of Kruschen’s designs may have seen buildings that did not turn out exactly like his designs.

Kruschen had plans for buildings like the theatre auditorium and MacDonald House to be connected by a three-story building — and there actually was a time where the two were connected by a single-story pathway.

“There are many different scenarios there and actually, some of the course calendars from the 60s had campus maps in them as well as ‘buildings to come’, which some of them never did come. Some did, but look different, but all these plans used to be in the calendar,” Preece said.

“He would do architectural drawings with technical things on them for each one, but also ideas of what they would actually look like in person along with those models. The models aren’t built to survive, even the Kruschen family doesn’t have any models.”

The team at the archives has catalogued the designs and gotten them stored in the archives, as they are important to the Kruschen family, since Laurier was the only university that Kruschen worked on before he retired in the 1970s.

“I think it is important because they show the evolution of this campus, the physical evolution [and] how we got to where we are. It’s fun to see what paths could have been taken,” Preece said.

“I think that’s how they appeal to people here on campus and students, but architectural drawings will always have people who are interested in them and in studying those kinds of things.”

“This is just one kind of architectural drawing we have on campus, we have many others over the years that are useful to the university itself also because of the schemes and plans,” she said.