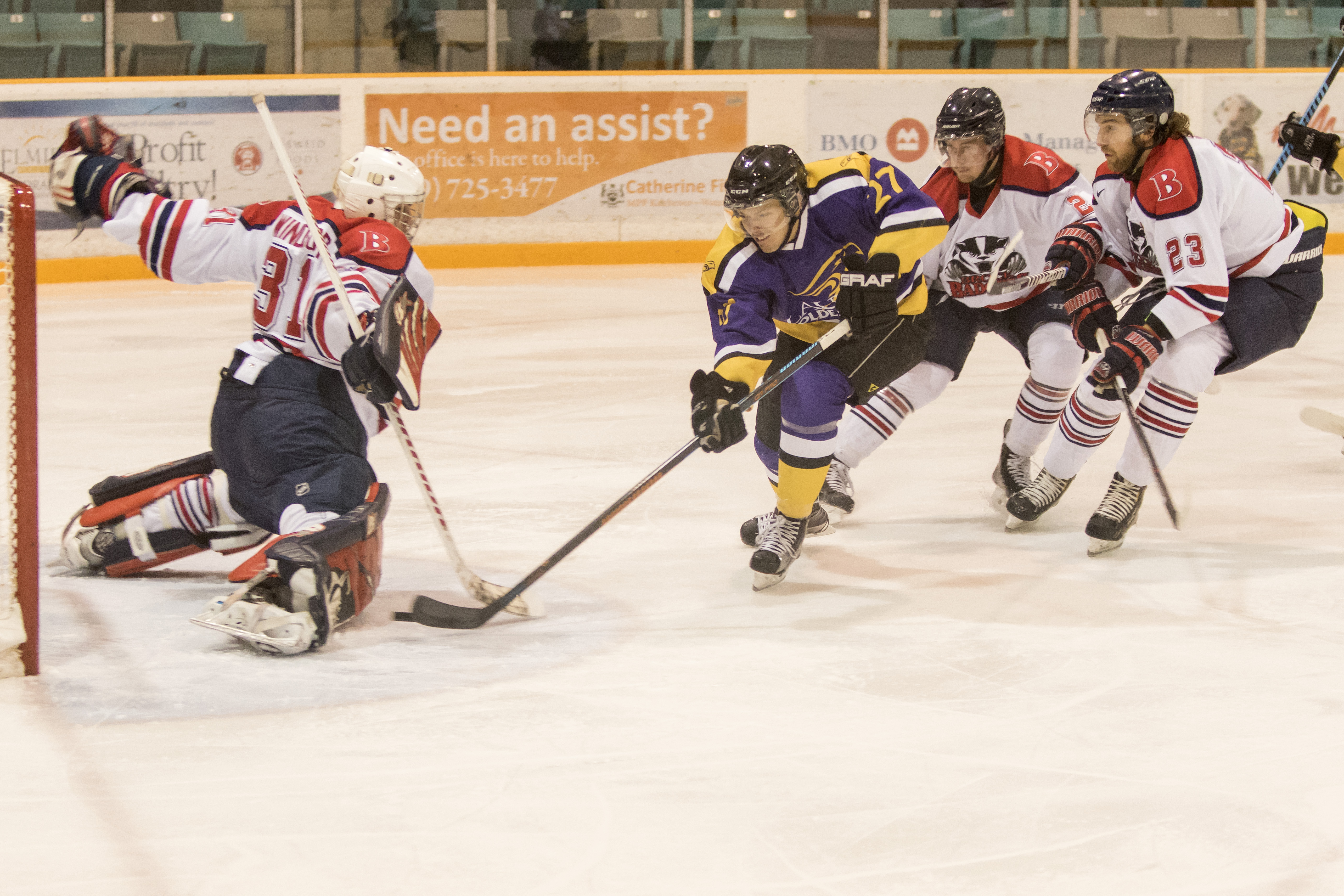 Laurier hockey goes back to basics | Photo by Serena Gill

The key to success for the Wilfrid Laurier University men’s hockey team is simple. Really simple.

On November 21, the Hawks gained some ground on their opponents in the Ontario University Athletics conference, cruising to a 5-2 victory against the Brock Badgers.

The win propelled them to a tie for seventh place with the Toronto Varsity Blues and the Waterloo Warriors with an overall record of 5-7.

Their sudden recipe for success? Keeping it simple.

“Sometimes we try to do too much as individuals and we don’t continue to play a team game, so for us to have real consistent success, we need to play together as a team,” said head coach Greg Puhalski.

“You’ve got to keep working at it. It’s not an easy thing to do — the good teams find a way to do it every night.”

“Keeping it simple. Blue line turnovers are huge. We kept it real simple today — our [defence] made real breakout passes.”

“As a winger, it makes our life a lot easier. It makes our breakouts clean, smooth, our arches were good and we took advantage of our chances,” Cerilli continued.

According to Puhalski, simplicity is crucial for the Hawks if they are to continue to put tallies in the win column, and playing as a team instead of as individuals.

“We get too much of an individual, that’s when we find ourselves in trouble. We kind of control ourselves also, just keeping it simple, making the play that’s in front of you, don’t try and do too much and rely on each other,” he explained.

“That’s a big recipe for any team to have a lot of wins.”

Adding two goals was also huge for Cerilli, who missed the majority of the season last year when he only played in four of the Hawks’ 27 games, racking up two goals and an assist.

Along with Cerilli, multiple Hawks contributed to the score sheet against Brock. Fourth-year Derek Schoenmakers also kept his hot streak alive when he added his eighth of the season.

“[It was] very relieving,” Cerilli said when he scored the goals. “[There were] some frustrations, but I think in all my games to come back around personally, and I think as a team we’re coming back personally.”

With the win, the Hawks improve to 4-1 on home ice. Cerilli believes the team is making a comeback and aims to finish strong heading into the end of the first half of the season.

“The sky’s the limit for us really. We control our own destiny and we’ve got to have a good finish here coming into the break,” he explained.

Next, the Hawks look to make more ground in the OUA when they face off against the Ryerson Rams before returning home to host the Windsor Lancers.

Puck drops at 7:30 p.m. on Thursday and Saturday night.