Newly elected Board of Directors sees increase in female representation 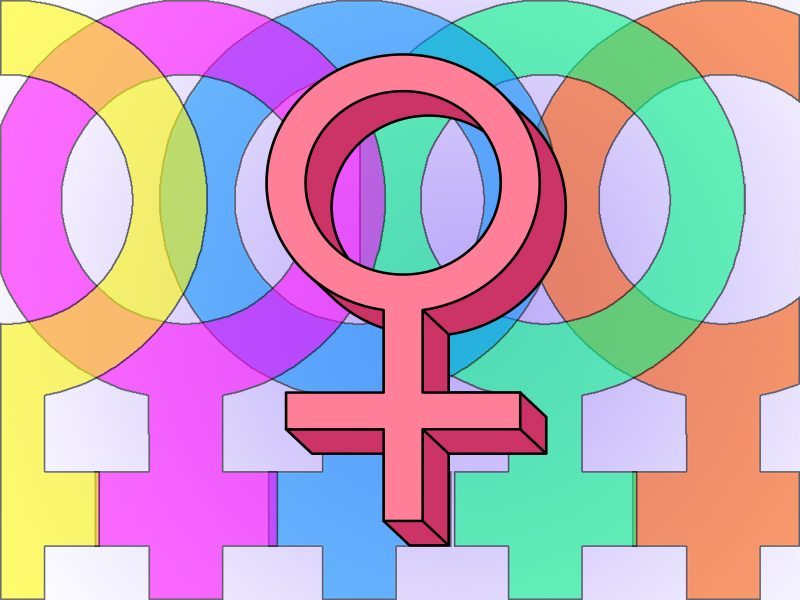 With the 2017 Wilfrid Laurier University Students’ Union elections over, the gender ratio on the Board of Directors has increased its female board presence.

Seven men and five women have been elected onto the Board of Directors.

The five women who have been elected are Emily Rezkalla, Klaudia Wojtanowski, Ilana Roitman, Moumita Paul and Dana Toameh. The five women are the only five that ran this year.

The year prior, three women were elected with four running and the previous year only one director, Melody Parton, was elected to the board.

Despite the ongoing disparity of gender ratio within the Board of Directors, Laura Mae Lindo, director of the Diversity and Equality office, is encouraged by the rise through the years.

“As small and insignificant some people might believe the shift has been, that’s not insignificant; at least to me it’s not. If at one point you only had one woman running and now you have more women running and all [of] them elected, then that’s a very clear sign that change is happening,” Lindo said. 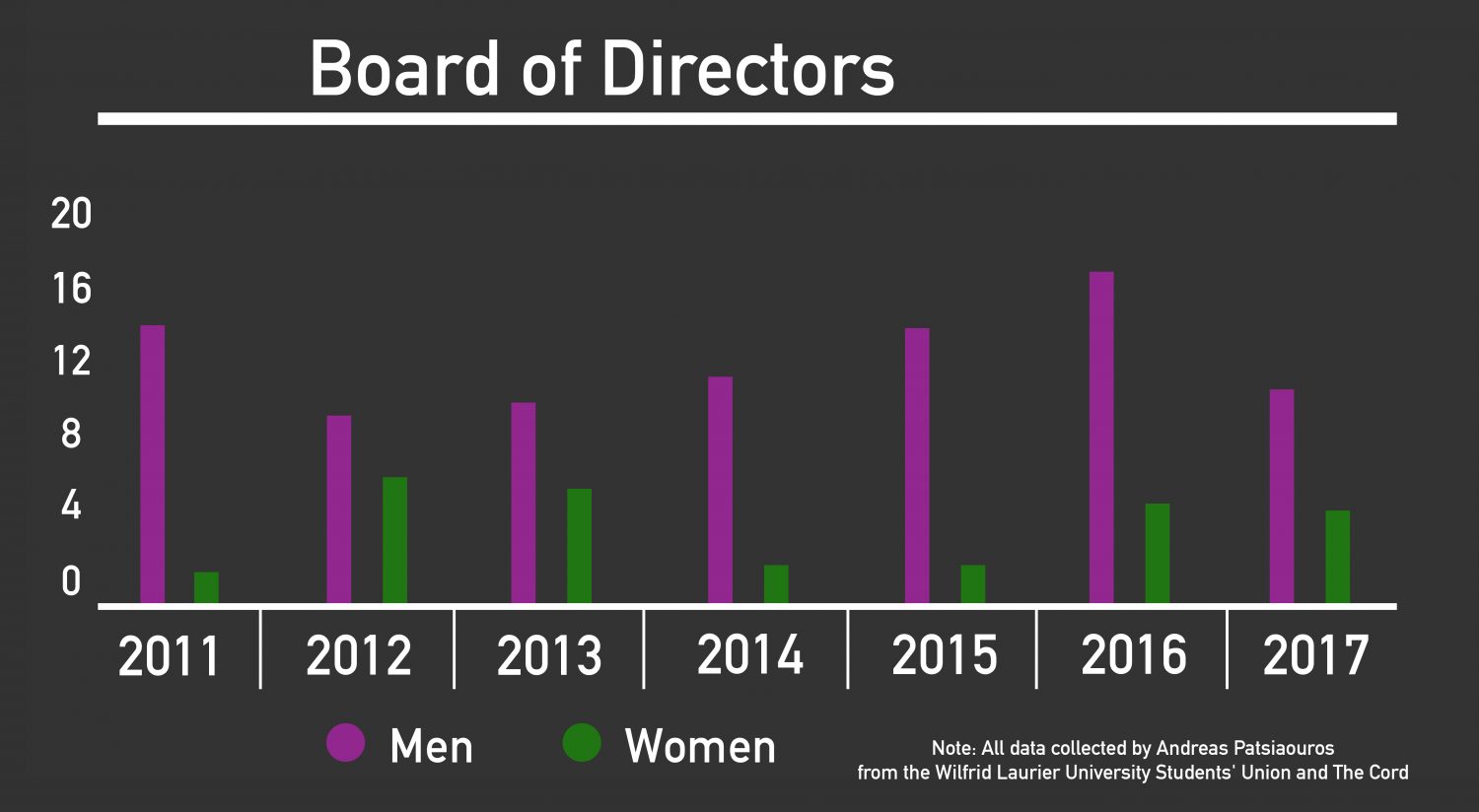 It was in 1962 that all Canadian women won the right to stand in elections with no restrictions or conditions.

“When addressing gender diversity on boards, I believe that when there is a continuous trend of female-identified individuals being less likely to run, than a proactive approach needs to be taken to have a board that reflects the student population. This can look like increased outreach and mentorship opportunities for potential female candidates,” Adria Joel of the employment equity and AODA office at Laurier said.

“I feel that regardless of who you are or where you came from, if you have the passion to do this, the passion for the position, then that’s all that should matter. When you see 12 directors at a board table, you want to know that it is 12 of the best, not the 12 that fit a certain category,” said Nick DeSumma, current chair of the board and chief governance officer.

Currently, the only fixed edict for the Board of Directors is that there must be two candidates from Laurier’s Waterloo campus and two from the Brantford campus. 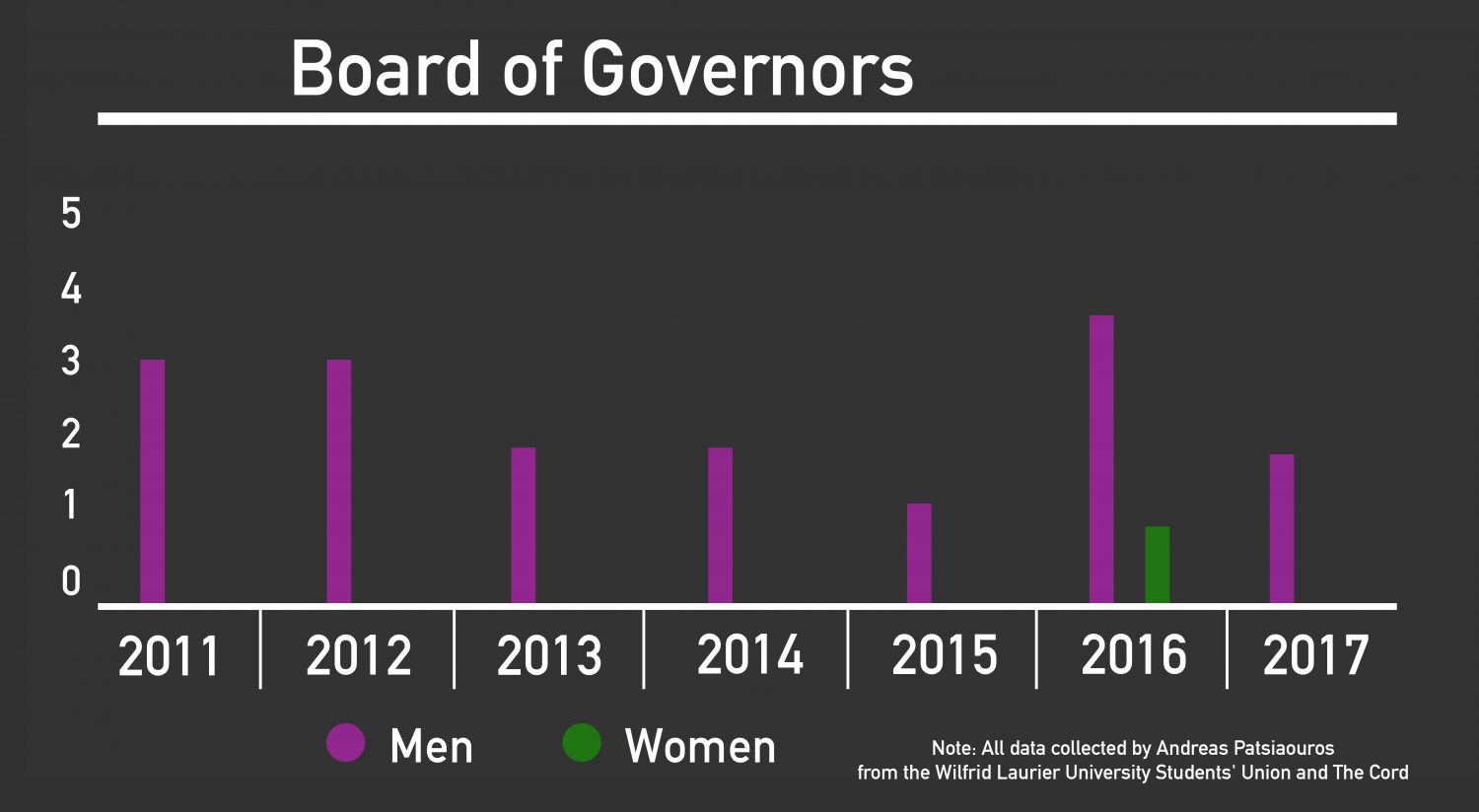 “I would be more inclined to ask not whether we need to have a mandatory seat for women, but what is it about our leadership that isn’t calling diverse people to it. What is it that is suggesting to women that this isn’t a space for them? How do we work on changing the climate around this, to bring more people to the table,” Lindo said.

“[Students’ Union is] working with DEO, with gendered violence and the policies related to moving forward to eliminate those barriers,” Tyler Van Herzele, Students’ Union president and CEO, said.

“We are facing this time where we firmly believe that anyone can be a leader and anyone can make a difference. Yet, at the same time, there’s still these systematic barriers telling people they can’t because of their race or sex—It’s a major issue.”

The struggle, Lindo explained, was wanting a diverse Board of Directors, but also not wanting to have candidates to simply fill a spot.

“On one hand, you want to have a diverse leadership. On the other hand, you want people to feel like they want to lead. Traditionally, people would say that we should make a space, similar to how we encourage both Waterloo and Brantford candidates to work collectively. There’s two seats for Brantford and two seats from Waterloo, so should there be a mandatory seat for women? I think it’s a good question and something that will have to be debated the pros and cons because it’s not all pros to make a seat that looks good on the surface.” 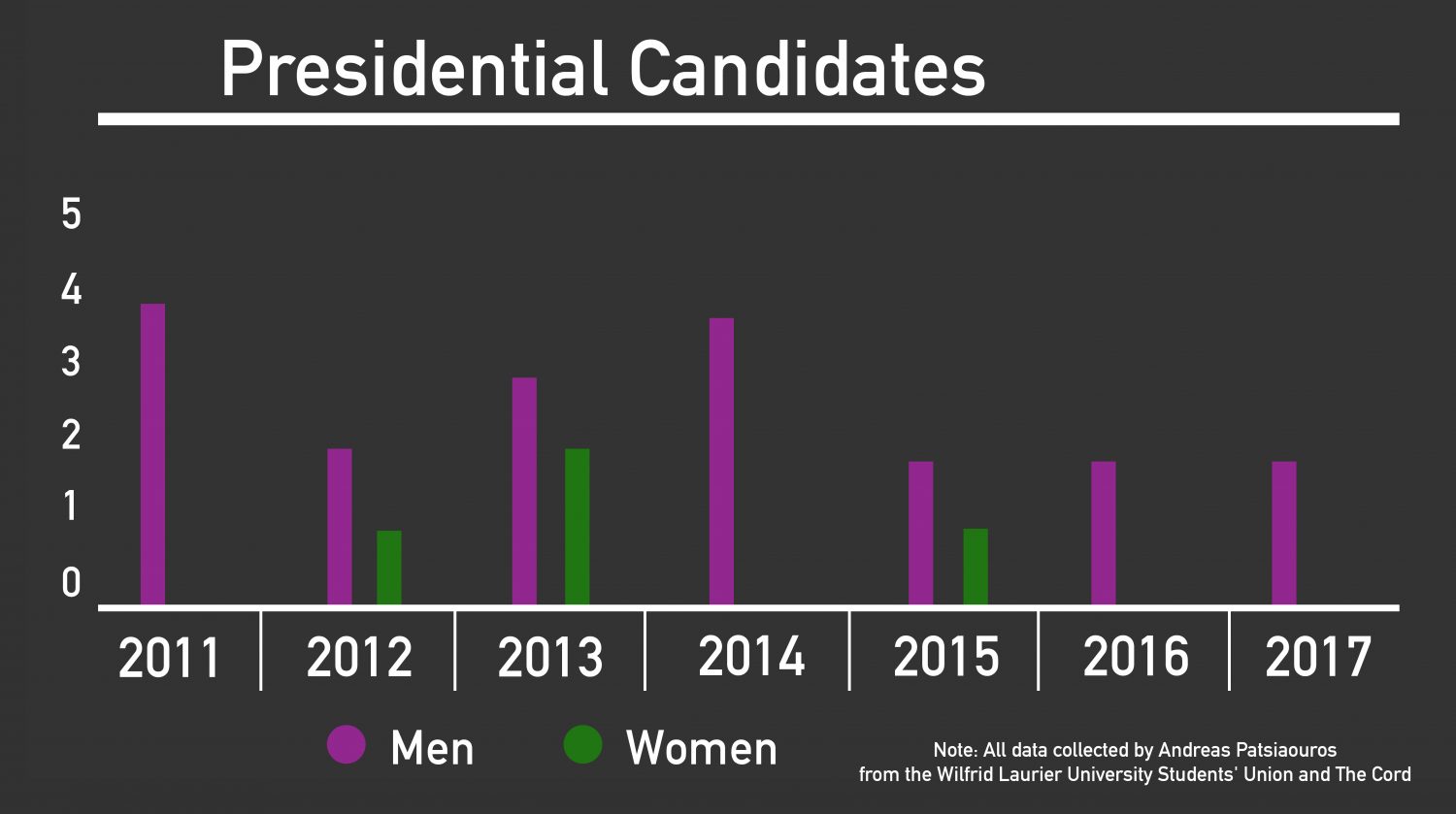