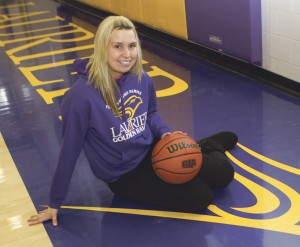 The summer of 2012 has not been kind to the Laurier women’s basketball team.

First, the team lost last year’s Ontario University Athletics (OUA) West rookie of the year Shelby Kurt, and now they will also be without two-time OUA West all-star and 2011-12 team MVP Felicia Mazerolle. Kurt is leaving Laurier to pursue a college program that will lead her into the health-care field, while Mazerolle, according to head coach Paul Falco will be unable to play this season due to “academic reasons.”

With the departures of Kurt and Mazerolle, the Hawks are losing their leading scorer from a year ago, as well as their starting point guard for the last two years. Kurt led the team with 233 points in 2011-12, while Mazerolle placed fourth in the OUA with 71 assists last season, finishing third on the Hawks with 210 points of her own.

“We might need to play a bit of a different style and start to look at some different weapons offensively,” said Falco, whose team finished 13-9 last year, en route to a quarter-final loss to Brock. “With Shelby, we’ll miss her definitely offensively, she has the ability to score at anytime.

“I think the biggest thing with Felicia is her quickness and her ability to defend quick players on the other teams….  And obviously her ability to break down the defence in the offensive end.”

The losses of Kurt and Mazerolle are compounded by the fact that Christa Mancino, the Hawks’ second-leading scorer last year, has graduated, meaning the team will be without its top three scorers from 2011-12.

“I think the way that you replace that is as a team you’ve got to be ready to pick up the slack,” said Falco. “It’s a pretty large group. We’re talking about most of the veterans are going to have to [step up]. Some young first- and second- year girls will have to be ready to go as well.”

The players Falco expects to lean on for scoring are veterans like Kim Yeldon, Laura Doyle, Doreen Bonsu and fifth-year point guard Amber Hillis all of whom have proven to be capable offensive players, with Bonsu and Yeldon both finishing in the top five in team scoring last year. Hillis will now also be looked upon to shoulder the full load at point guard as she has largely split time with Mazerolle over the past two seasons.

On top of the existing veterans, the Hawks will also need some new players to step in and contribute immediately.

“I think it’s a good class,” said Falco of his new recruits, a group highlighted by point guard Kaitlyn Schenck, a local product. “[Schenck] played at St. Mary’s in Kitchener and she was one of the top guards in the Ontario club system. I think she’s ready to step right in.”

Falco added that he expects Schenck to see some time at point guard to ease the pressure on Hillis, who has had injury problems throughout her career.

While Falco admits the losses of Kurt and Mazerolle will hurt the Hawks this season, in his eyes player turnover is simply a reality his team will have to deal with.

“With university ball, your roster changes every year and that’s just something that you have to get used to as a coach,“ he said. “You always have to adapt your style and that’s what we’ll have to do this year with the changes that we’ve had and the new people coming.

“But we’ve got a really strong group of girls. As a group I think they’re a pretty resilient bunch.”

Determination and domination: Whitney Ellenor on her Laurier career and induction into the Hall of Fame