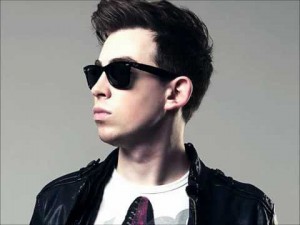 2012 saw 25-year-old DJ Robbert “Hardwell” van de Corput rocket up the Top 100 DJ rankings. Released by DJ Magazine, the annual top-100 rankings saw Hardwell rise from 24th in 2011 all the way to sixth by the end of 2012. You would think that being amongst the same company as Armin Van Buuren, Tiesto, Avicii, David Guetta and Deadmau5 would satisfy this new household name, but after scheduling and beginning his “Revealed” Canadian Bus Tour, it’s evident that he’s not done making noise just yet.

Prior to their stop in Waterloo as part of the “Revealed” Canadian Bus Tour, Hardwell along with his two up and coming supporting acts, Dyro and Dannic, had performed at Stages Nightclub in Kingston. Last Thursday Hardwell along with Dyro and Dannic performed at Revolution Night Club for their next stop and they didn’t disappoint. Dannic was impressive as the opening act and surely will begin gathering attention as the year progresses, but it was apparent that the anticipation in the building had formed for none other than Hardwell who came on at midnight.

As soon as Dannic left the stage the entire club seemed to go pitch black and the crowd was silent as Hardwell took his place in front of a jam-packed audience. There were a million options for which song Hardwell could have used to open with for his two-hour performance, but he chose arguably his most popular song “Spaceman,” which fueled enthusiastic cheers from everyone who was in attendance. The trademark melody of “Spaceman” that features a high to low transition of pitch was undeniable and immediately the energy of the room grew to a new level of excitement.

Over the next two hours Hardwell played some of his classics, gave early previews to some of his upcoming releases, while also mixing some mainstream pop songs with an electronic dance vibe to satisfy those who have tastes catered more towards popular music hits from the Top 40.

From someone who attended Veld Music Festival at Downsview Park last summer, where the likes of Avicii and Deadmau5 performed, I can safely say that Hardwell put on a show that surpassed everything that I’ve seen by featuring songs from every derivative of electronic music from house and mainstream pop all the way to trap. Look for this Dutch DJ to ascend further up the ranks in 2013 as he aims his sights upon more worldwide success.