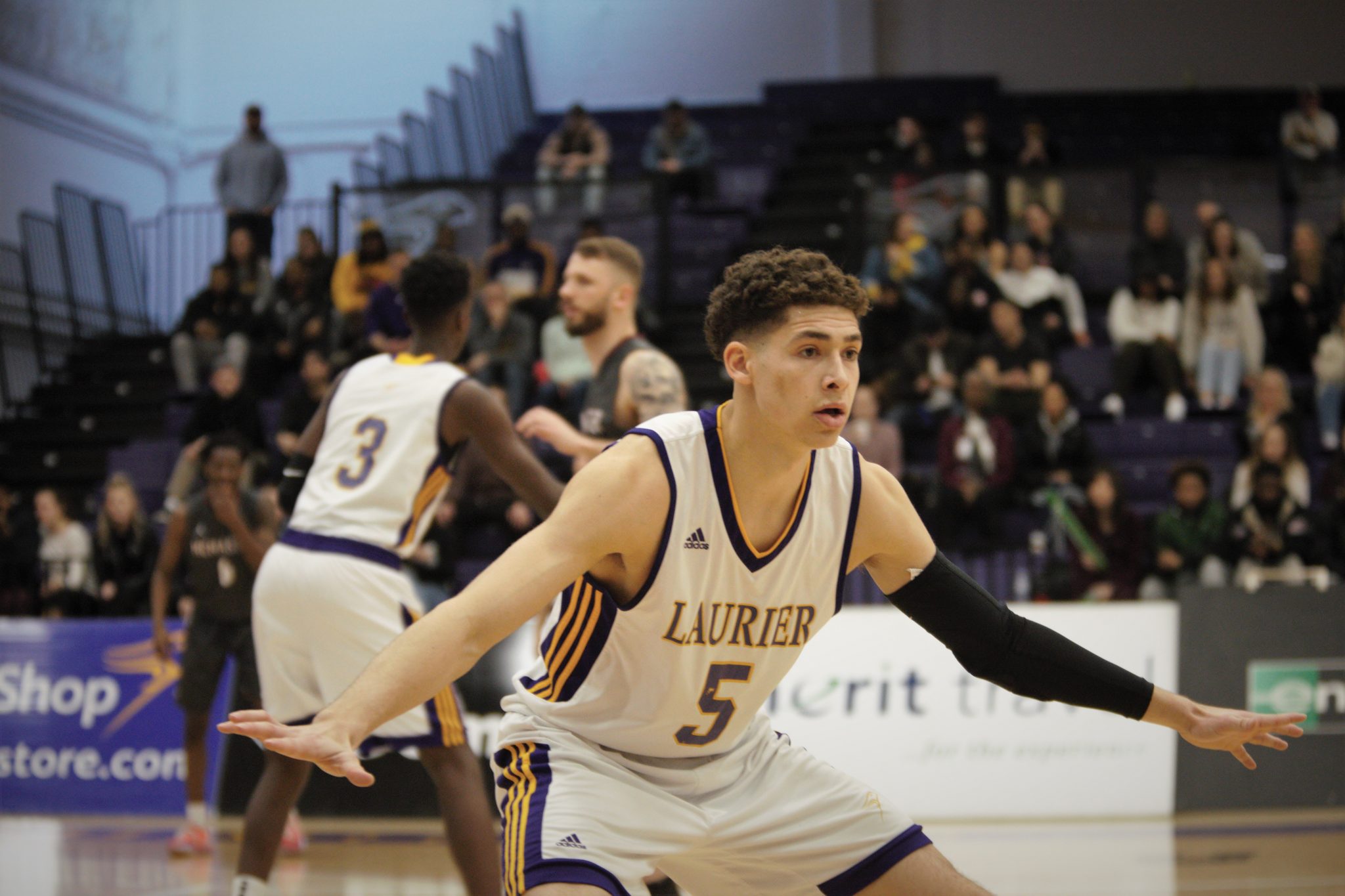 The Wilfrid Laurier University men’s varsity basketball team took on the McMaster Marauders in the quarter finals of the 2019 OUA playoffs on Saturday, Feb. 23.

The Hawks entered the playoffs as the number one seed in the OUA West and therefore they got to host the Marauders in Waterloo at the Athletic Complex.

It was a tight first quarter that went back-and-forth, eventually leading to a 23-21 lead for the Marauders. The Hawks responded in a big way in the second quarter, holding McMaster to just 15 points in the quarter, en route to a 45-36 lead at halftime.

Although the Hawks only shot 41 per cent from the field in first half, they got to the free throw line at will, going 11/13 on free throws overall. The bright spot for Laurier was forward Kemel Archer, who led the purple and gold with 18 points at halftime.

The Hawks started the second half on a high note as they were led by their star man Ali Sow. Sow scored 36 points on the night, tying Laurier’s modern day playoff scoring record. 25 of Sow’s 36 gigantic points came in the second half, when the Hawks needed them the most.

Laurier carried a 66-61 lead into what was an exciting fourth and final quarter. Although the Marauders kept fighting, it was the Hawks fighting spirit that eventually ensured a victory for the purple and gold. The combination of clutch shots and timely stops down the stretch were crucial for the Hawks.

The victory is historic for the Hawks, as this marks only the third time in the past 40 years that they have reached the OUA playoff semi-finals.

The Golden Hawks will take on the Ryerson Rams in the semi-finals. Laurier will be looking for some revenge, as the Rams dismantled the Hawks during their only regular season game on Nov. 10, winning by a score of 97-52.