Climbing the mountain to med school 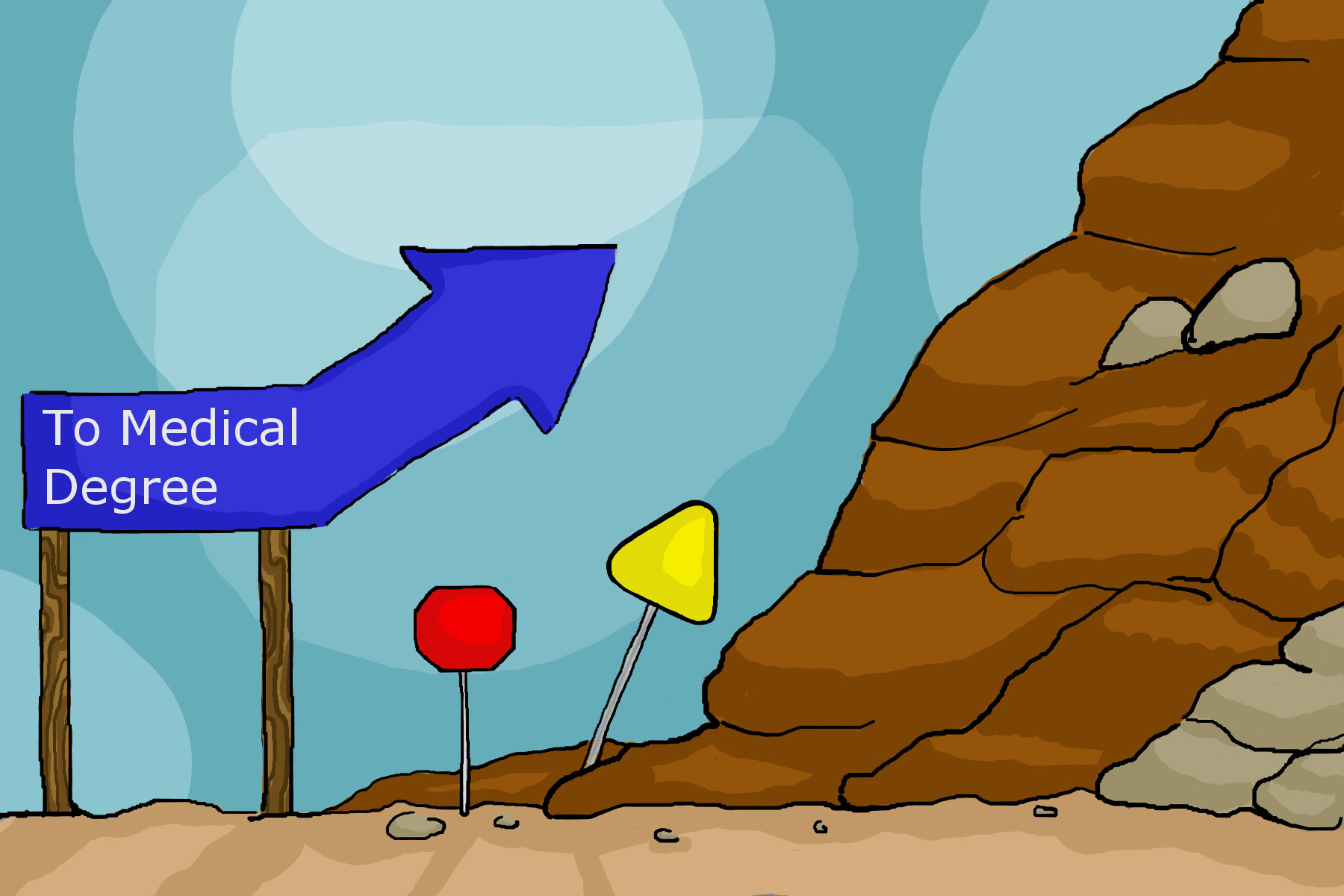 “I want to be a doctor,” is what young science students typically say. Don’t get me wrong, the aspiration is admirable, but it’s easier said than done. Yes, medical school is a great deal of work; yes, it’s a lot of additional years. And yes, the stress can become unbearable.

However the problem does not lie here. The issue of contention is simply getting in.

It’s no secret that Canada is experiencing a shortage of medical doctors.

The situation becomes interesting when it is argued that the country is creating this scarcity. Caps placed by the government is currently fueling seats in the finite medical schools across the country being limited. Just like in nature when a resource is inadequate, competition arises.

It is hard to get into medical school in Canada and the facts concur.

The most recent survey conducted in 2015 revealed there are approximately 10,500 students studying in medical schools in the country while 3,600 are studying abroad. When asked why they chose to study abroad, an overwhelming 75 per cent of the respondents declared their primary reason was they could not secure a place in any of the limited medical institutions in Canada. The painting unfortunately gets more appalling when one sees that over 40 per cent of the applicants make it into medical schools in the United States while only 25 per cent make it in here.

Why is it so hard to get in? Is it the requirements? Let’s have a look.

The University of British Columbia has a minimum grade average of 70 per cent to enter while McMaster University is only saying that they require a 3.0 on the 4.0 GPA scale.

At this point, I am sure we are both thinking, with such meager academic ask, why is there a struggle? Here is the reason. Irrespective of the stated minimum requirements, of the 112 students who made it into McMaster last year, their GPAs were between 3.9 and 4.0. This is an almost perfect grade point average compared to the lowly 3.0. For UBC, despite the 70 per cent minimum, the students who entered the class in 2014 had averages over 85 per cent. Clearly, one would be incredibly lucky to score even an interview with the bare academic minimum.Here’s another twist: it’s not all about marks. When Dr. Sutton was asked what was looked for in candidates for an article on med school in The Globe and Mail, she replied, “The complete package.” She went further to elaborate they were looking for a person with amazing extracurricular activities, time management skills, community involvement and a life outside of academia.

It is hard to get into medical school in Canada and the facts concur.

Sounds like they are asking for perfection right? Indeed, they are.

Also in the article, Dr. Saleem Razack, assistant dean at McGill University, explained their medical program, were looking for individuals with the perfect combination of communication skills, ability to articulate well in addition to impressive intellectual capabilities.

Wanting to be a doctor in Canada is not something one decides overnight. It is something your entire life seems centered around. A wrong move such as a bad grade and limited involvement could cost you.

You are clay and you must shape yourself into what your medical school of choice is looking for. The sad truth is wanting to be a doctor is no easy feat.

The University of Ottawa had over 10,000 students apply but only 116 made it, which is 1.2 per cent of applicants.

Where is the hope I ask? Some persons have applied over three times and sadly, the only thing that may change on their rejection letter is the font style.

Russell Sterrett, a student at University of Waterloo in nanotechnology engineering said, “If I don’t make it into med school, I’ll go ahead with a PhD.” Josh Abraham, a biomedical engineering student said, “If I do not get accepted to med school on my first application I would apply for graduate work in the area of biology and then reapply after having that completed. I would also apply in the United States.”

In essence, contingency plans are necessary when medicine is your aim. Do you have one?

Will the government ever increase the number of seats in medical institutions in Canada? If your aspiration is med school, can you be a part of that 1.2 per cent?

Can you achieve perfection in order to make it? Or, should you just go abroad where it is supposedly easier?

One thing is clear, if you want to be a physician in this country, hope for the best but brace yourself for the worse.