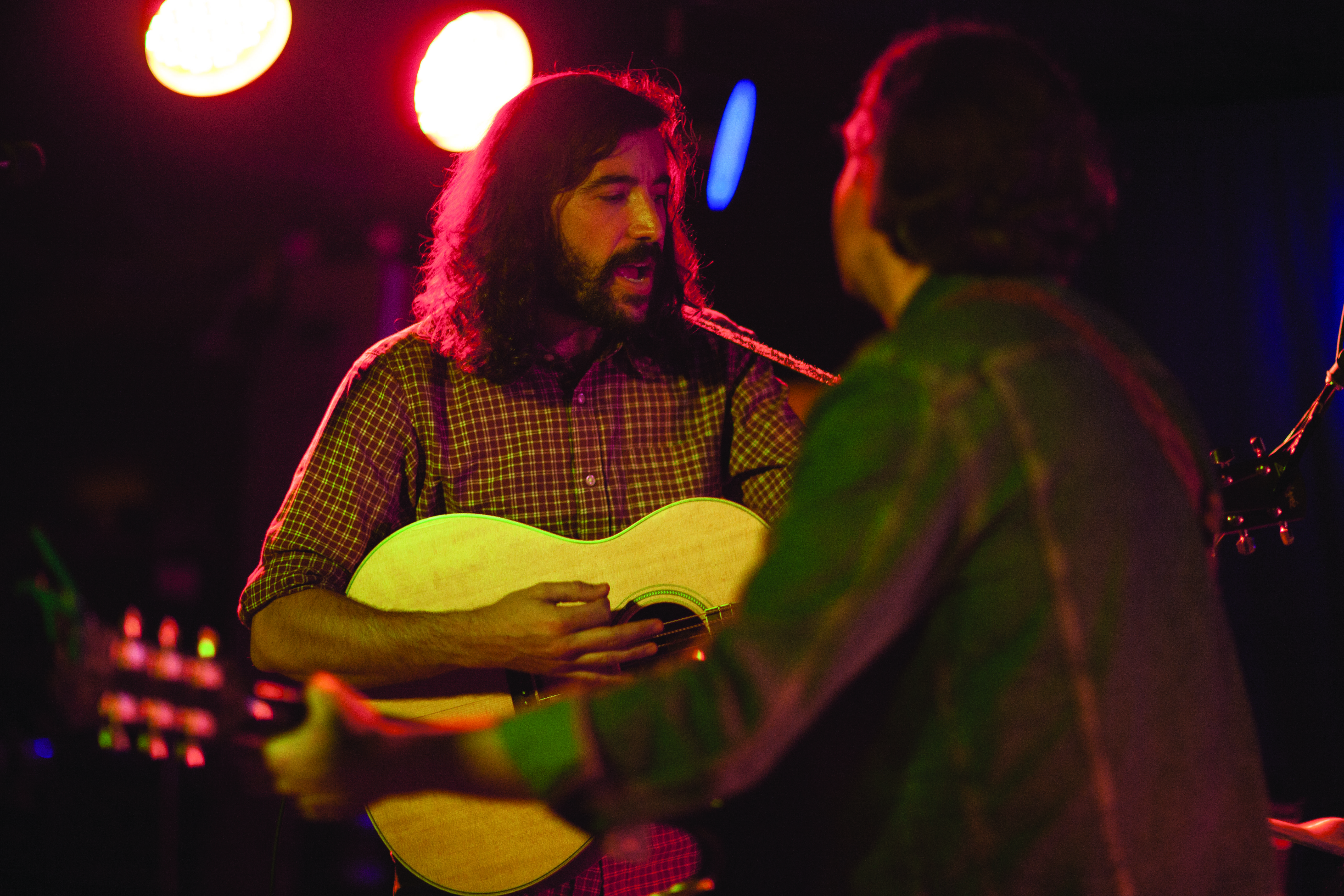 Opening for a sold out show would intimidate any opening band but Old Man Canyon surprised many in attendance with their vocals and unreleased music.

The band came out to a warm and welcoming crowd at Starlight Social Club and began their set creating a calming, summer-in-winter atmosphere through their music.

During a segue between songs, Old Man Canyon’s front man Jett Pace addressed some technical issues with vocals heralding support from the audience, with some fans reassuring it didn’t hinder the performance, but instead made the band seem more human — and “cute” according to one guest.

Although they encountered some technical difficulties, the band didn’t lose their cool and continued to grasp the attention of fans, which for an opening band can be very tough.

Fans soon realized the music Old Man Canyon was playing was almost entirely new and unreleased content. The choice to play songs never heard before elicited the attention of the audience, bringing them deeper into the music for the chance to be a part of an exclusive experience.

The choice to exclusively sell physical copies of their forthcoming album Delirium at shows until an official release date in January 2016 came as a surprise to many and was reminiscent of the late 90s when the Internet played little part in the music industry. It made the music seem more immersive and meaningful, as it became something tangible.

More often than not, opening bands receive a cold welcome of fans eagerly waiting for the main band to play. Perhaps it was the energy of the young crowd, but Old Man Canyon received applause and cheers I’ve rarely witnessed at any show I’ve attended.

As they concluded their set, Pace ended by warning the audience that The Paper Kites performance will “melt the shit out of your hearts … you’re going to be weeping, crying and kissing each other. It’s going to be spiritual.”

After a quick set change, on came The Paper Kites to an even more enthusiastic crowd who had eagerly waited a year to see the band return to Starlight. With anticipation building behind hearing the new album Twelve Four played live, The Paper Kites began with “Electric Indigo.”

“We’re very, very stoked to be back in Waterloo and you guys seem like a friendly bunch of people,” opened Sam Bentley as he went on to recount the last show they played at Starlight where there was a marriage proposal.

All it took was the first few strums of the guitar to trigger an immediate and collective cheer from the audience as the band began playing their most popular song “Bloom.”

Phones began rising as Snapchat stories filled with smooth guitar and airy vocals. A hush moved its way across the audience as couples swayed along and fans were hooked on every word. Throughout the performance fans were very interactive with the band — at one point Dave Powys even took the microphone into the audience to allow fans to whistle along.

To end off the night, front man Bentley recounted the back-story of “Paint,” a song from their 2012 release, Young North and said, “Waterloo it’s been great getting to know you over the last few years.”

The band ended their set by slowing things down, gently bringing the fans out of the immersive experience and back to reality.