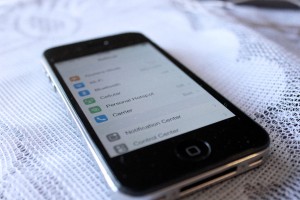 Wireless consumers in Ontario may be protected by new provincial legislation if the proposed Bill 60, the Wireless Services Agreements Act, is passed is the legislature.

Bill 60 passed its third reading in the legislature last week with a unanimous 96-0 vote. The act aims to strengthen consumer protection with respect to wireless services. Legislators are hoping for the bill to take effect by the spring of next year.

The provincial bill reflects many similarities with the Canadian Radio-television Telecommunications Commission’s (CRTC) Wireless Code of Conduct which will take effect on December 2 of this year; however Bill 60 aims to provide further enforcement of the guidelines offered in the Wireless Code.

Bill 60 is a private members’ bill, which was first tabled by Liberal MPP David Orazietti.

Bryan LeBlanc of the Minister’s Office at the Ministry of Consumer Services explained the proposed legislation. “We think the CRTC’s Code doesn’t go far enough in protecting consumers,” LeBlanc explained. “Bill 60, the Wireless Services Agreement Act, fills gaps that are not addressed in the code.”

LeBlanc explained that response from the CRTC has been positive stating, “The CRTC has said that our bill and their code can coexist.”
“Our legislation is modeled a lot on what has been in place in Quebec for four years and that seems to be working well,” LeBlanc added. Manitoba, Newfoundland, Quebec and Nova Scotia each have similar legislation. “Everyone has the same sort of goal. The province has jurisdiction over contracts, so what this does is it deals with the kinds of contracts they can use, the agreements that they sign. In the main, it’s the same goal.”

Eric Rancourt, Senior Manager in Communications and External Affairs at the CRTC explained that the federal Wireless Code can co-exist peacefully with the proposed provincial legislation. “It was done in a way that it could be complimentary to any legislation passed by the provinces,” Rancourt said. “Our objective was to make sure that there were some basic protections for consumers across the country.”

LeBlanc outlined several of the main provisions in Bill 60 explaining that among other things it will address cancellation fees and contracts. “We’re capping cancellation costs,” LeBlanc said.

“We’re making sure that contracts are in clear language and they clearly explain what services are provided and what would result in extra costs. We have a provision that says that fixed term contracts can’t be amended without a consumer’s consent. One of the key enforcers of this is that if you sue your carrier because they overcharged you and you win that case, they have to pay you triple the impetus, so they have to pay you three times what they owe you.”

Rancourt commented on the response the CRTC has received from Canada’s telecommunications companies. “I would say generally speaking it was very positive, it was something that they came to us and asked for, so it didn’t come out as a big surprise, and they were engaged throughout the process as well. The Wireless Code in its final form took into consideration a whole lot of factors and a whole lot of comments that we received both from Canadians and the wireless industry.”

The Ministry of Consumer Services has had an overall positive experience with Canada’s wireless companies, LeBlanc explained. “We had long and I think fruitful consultations with the wireless companies. I believe that they’ll support this bill and we’ll move on.”