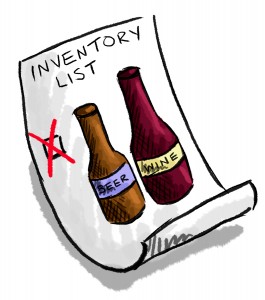 Alcohol will continue to be distributed by Crown corporations, as the Liberal party has made it clear that convenience store realtors will not sell beer and wine anytime soon.

At the moment, the Ontario Progressive Conservatives are the stand-alone party differing from the Liberals. Recently, they released a paper calling for the sale of alcohol at private retail locations in Ontario.

The main concern with increasing private retail alcohol sales in Ontario comes from the belief that consumption of alcohol is a “social responsibility”.

Premier Kathleen Wynne said in a statement to the media that she believes the government’s public distribution channels, like the Liquor Control Board of Ontario (LCBO), “are better at ensuring minors do not get hold of liquor.”

Representatives of the NDP have also voiced this concern when questioned by reporters, agreeing with Premier Wynne that the LCBO is more capable of age filtering than private retailers.

However, many representatives of the convenience store industry disagree.

They do not have the same concerns of the Ontario Liberals when it comes to age filtering.

Dave Bryans, the CEO of the Ontario Convenience Stores Association, explained that that convenience stores already conduct age filtering for the purchase of cigarettes.

According to Bryans, age filtering tests are conducted where underage people are deliberately brought into stores to buy items like tobacco and liquor.

A pass rate is given to the store depending on how many under aged patron they deny banned products to.

“The age filtering testing we’ve done the past few years show that [convenience stores] pass at 87 per cent, The Beer Store passes at 80 per cent, and the LCBO passes at a paltry 72.5 per cent,” said

“Bottom line is, I don’t know what the Liberals are thinking, it’s not social responsibility, we test more young people every day than the LCBO.”

The public is also divided on the issue of the sale of alcohol through private retailers, with majority in favour of expanding Ontario’s distribution system.

An Angus Reid poll conducted in 2011 showed that 60 per cent of Ontarians supported expanding the provinces alcohol distribution system to private retailers.

The same study showed that 67 per cent of Ontarians who had shopped at the LCBO within 30 days of filling out the survey wanted beer and wine to be sold though private retailers like convenience stores.

The Ontario Liberal government also stated in their announcement that they would be opening up several new outlets designed specifically for the sale of Ontario wines and craft beers.

Last week the Provincial Finance Minister, Charles Sousa, said to CTV that the leadership of the LCBO has helped launch Ontario’s alcohol production industry, and that if it weren’t for the LCBO, “the very industry might not be existent.”

“We would dedicate 30 per cent of the shelf and cooler space for alcohol to craft brewers in Ontario,” said Bryans.

“That’s a significant commitment. In Ontario today, craft brewers gets about 5 per cent and we’ve guaranteed that 30 per cent of shelf space would be craft beer.”

He continued: “It’s all smoke and mirrors, they’re not serious about supporting Ontario wine and beers and we are. It’s small business helping small business; we’re the only ones who understand.”