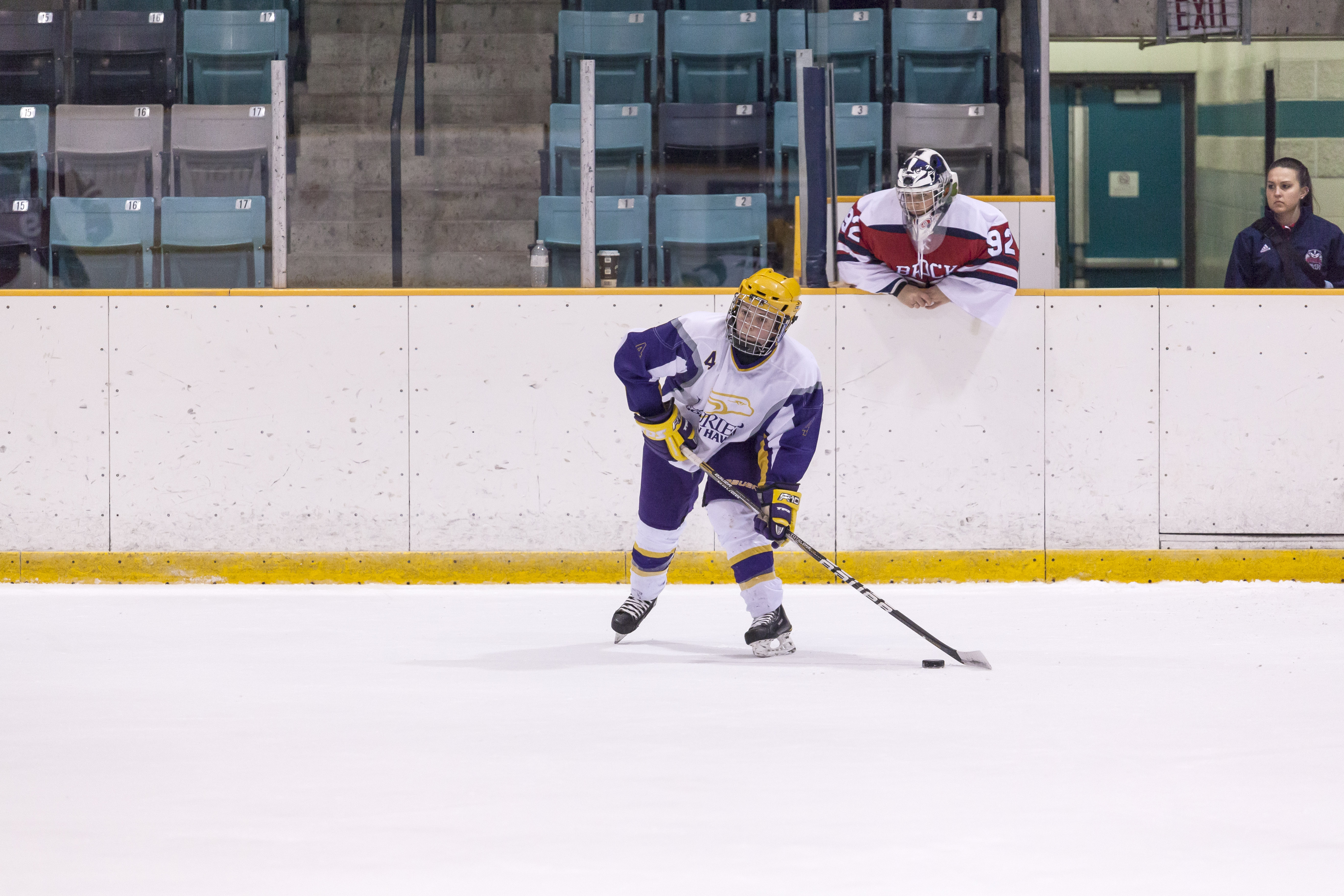 Candice Styles, Wilfrid Laurier Golden Hawk women’s hockey alumna and current defender on the Brampton Thunder, was selected among her teammates to play in the Canadian Women’s Hockey League all-star game, which will take place in Toronto later this month.

Styles played for the Golden Hawks for five seasons before moving into the CWHL and playing her first season with the Brampton Thunder before she became one of 34 high-calibre athletes to participate in the second annual CWHL all-star game.

“I’m still speechless about it. I was amazed. I’m speechless and I’m honoured to be a part of this and especially my teammates involved,” Styles said.

While at Laurier, Styles collected a ton of accolades, including three Ontario University Athletics championship banners and multiple Canadian Interuniversity Sport all-star nominations, including first-team, second-team and the all-rookie team.

According to Styles, it was difficult to rank playing in the all-star game next to her many other accolades because it was such a huge honour to play with her teammates.

Women’s hockey bench boss Rick Osborne at Laurier had his eye on Styles and was grateful she chose Laurier over all of the other offers she had on the table both in and out of the country.

According to Osborne, Styles was an asset due to her flexibility and ability to play both forward and defence.

“It was important to me because of her skill set, and number two she was always flexible. I was always able to recruit the absolute best players when she was with me, because she could play forward or D. She was willing to play the position,” he said.

“So we recruited her.”

According to Osborne, Styles lightened her training in her second and third year before picking up momentum again going into her final two years.

He was impressed about Styles’ motivation to continue training after Laurier to make it to the CWHL.

“It was not easy for her to train as hard as she did. Doing what she did in years four and five, and doing what she’s doing in the CWHL, that is really good on Candice because that is not an easy regimen and now she’s trying to do the job, do the training at that level is amazing,” he said.

Osborne recalled that during playoff time, opponents knew to focus in on her because she liked to carry the puck often, which contributed to her growth as a player as she learned how to be a team player.

Ultimately, incorporating a more team-focused game benefited Styles in her fourth year, when she reached the highest pinnacle of Laurier awards when she became the 2014 recipient of the President’s Award, given to the most outstanding athletic performance from two athletes, male and female, over the year.

“She went through a lot of things that she had to do to be a good team player also, and she lasted five years and really went out of here on top of awards with the President’s award. Making a world-class athlete in our process,” Osborne said.

“When you have a player with that real talent, it’s going to be a waste if you don’t get the best out of them.”