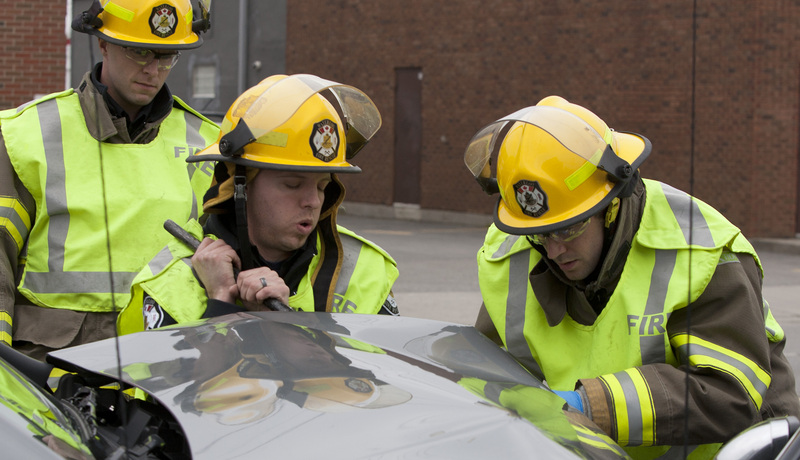 According to an eyewitness, the accident occurred when a grey Chevy 500 traveling south on King Street struck a black Ford Equinox that was turning left into the plaza at 255 King St. Both vehicles’ airbags deployed and police, ambulance and fire rescue were all called to the scene.

After the passengers were removed, firefighters needed the jaws of life to separate the two vehicles. According to Constable Slater, the Waterloo Regional Police officer on the scene, two people were sent to Grand River Hospital, primarily as a precaution.