Trudeau in Waterloo to unveil federal spending on water research 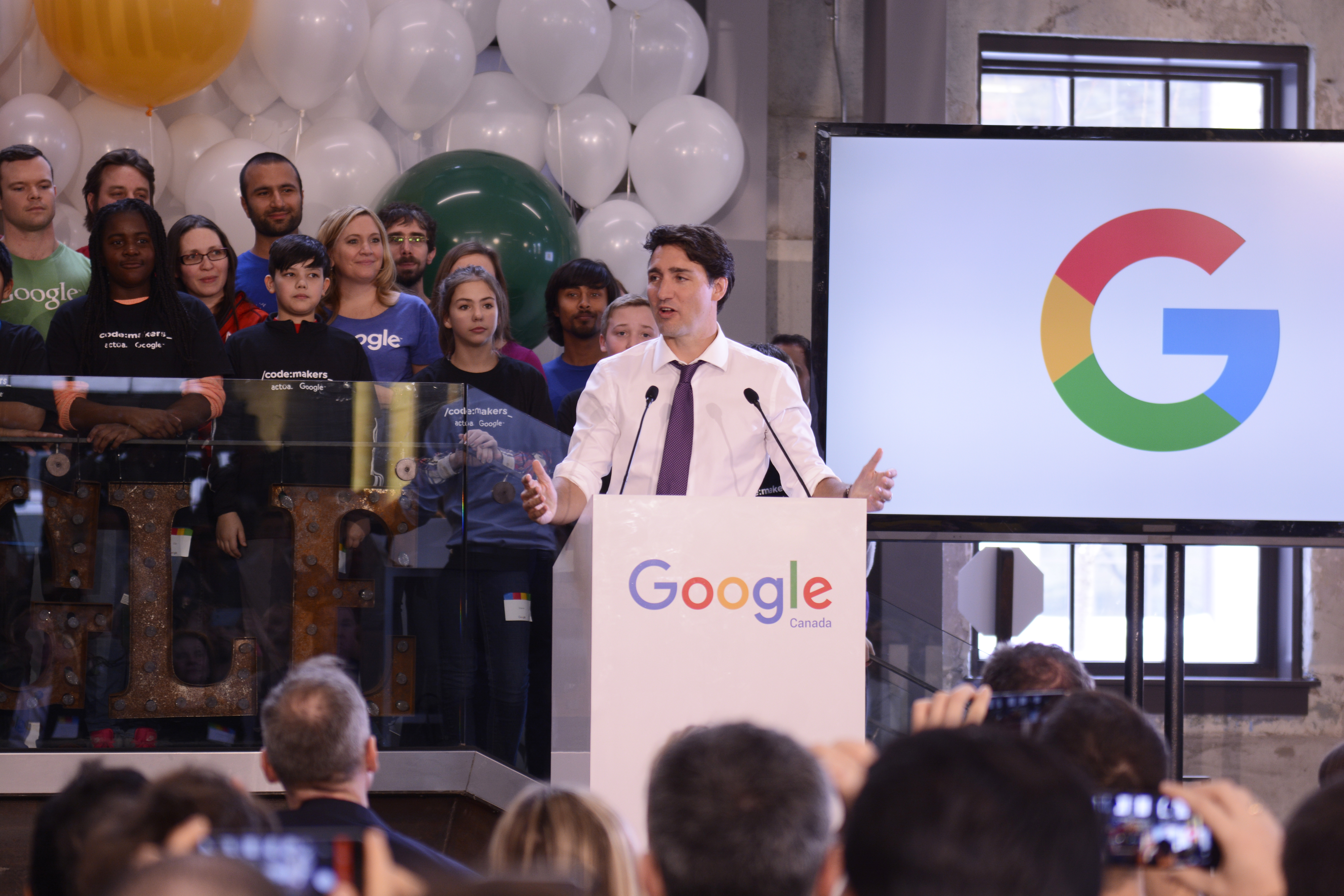 Before heading to Blackberry’s head office as well as receiving a tour of Google’s new Canadian headquarters in Kitchener, Trudeau toured the UW Science Teaching Complex and Velocity program.

SOWC is a group of post-secondary institutions in Ontario dedicated to researching and developing water services and technologies. The organization includes nine other strategic partners, including Wilfrid Laurier University.

The $12 million investment will go towards 10 post-secondary institutions, including UW, to advance clean water and technology while reducing energy. Trudeau noted the investment will help create hundreds of jobs across Ontario.

According to Trudeau’s official government website, the investment will advance up to 80 water-related projects, benefitting up to 90 businesses in Southern Ontario. The investment will help Southern Ontario companies compete internationally and also support the development of technologies to help municipalities in Ontario to manage wastewater while reducing energy consumption.

During the announcement, Trudeau said he hopes to protect the environment while benefitting Southern Ontario’s economy by creating new jobs.

“Above all, we’re investing in the future,” Trudeau announced.

Trudeau later received a tour of Google’s new Canadian headquarters Thursday, and praised the region as an “extraordinary hub for innovation,” according to the CBC. He also said the region is “at the cutting edge of the global economy.”

The high-tech 185,000-square foot space will be home of Google Canada’s national development team. It is located in Kitchener’s landmark Breithaupt Block.

According to Amanda Grant, associate producer of CBC Kitchener-Waterloo, nearly 60 per cent of Google’s employees at the new office are UW graduates.